Dashcam video: Man dragged by car down road in a headlock 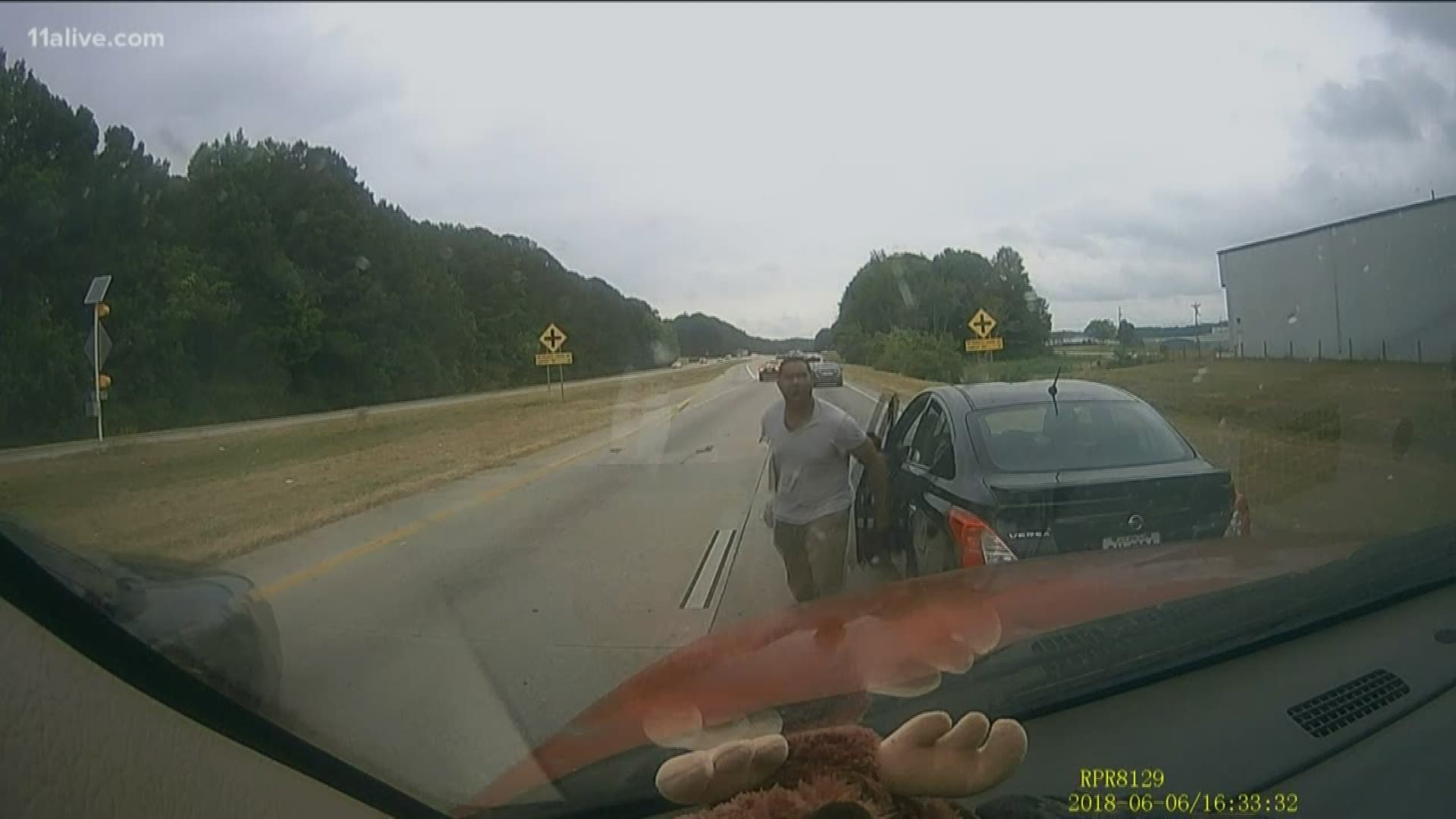 GWINNETT COUNTY, Ga. — A teen was dragged more than a quarter-mile down the road in Gwinnett County last week, in the middle of an apparent road rage altercation, and his car’s dashcam captured the whole incident.

A Gwinnett Police incident report says that on June 6, Emmitt Grubbs, 36, put Shawn Roberts, 18, in a headlock through his driver’s window and drove off between a quarter-mile and half-mile down University Parkway, off of Hi Hope Road in Lawrenceville.

The dashcam video shows Grubbs and Roberts first converging into each other as Roberts tried to merge onto University Parkway. Roberts appears to run slightly off the road onto the shoulder to avoid a full collision.

He then gets back onto the road behind Grubbs, then goes ahead and passes him on the left.

A little further down the road, Grubbs then comes back in ahead of Roberts, passing him on the right from the shoulder.

In the video Grubbs can be seen stopping his Nissan Versa, getting out, yelling at Roberts and approaching him in the driver’s seat of his car.

The video does not have an angle that shows from there what occurred at Roberts’ driver’s window. According to the incident report, Roberts claims that Grubbs hit him in the face, took his car keys and went to leave with them.

Roberts said he went to Grubbs’ car to get the keys back, which is when he was put in a headlock and dragged down the road.

The incident report says he eventually was able to free himself and walk back to his car.

Roberts’ dashcam video shows he charged at Grubbs’ car with a baseball bat before being put in a headlock.

Grubbs was charged robbery by sudden snatching, aggravated assault and hit and run. He had not been arrested when the report was submitted.