'I know someone knows something.' 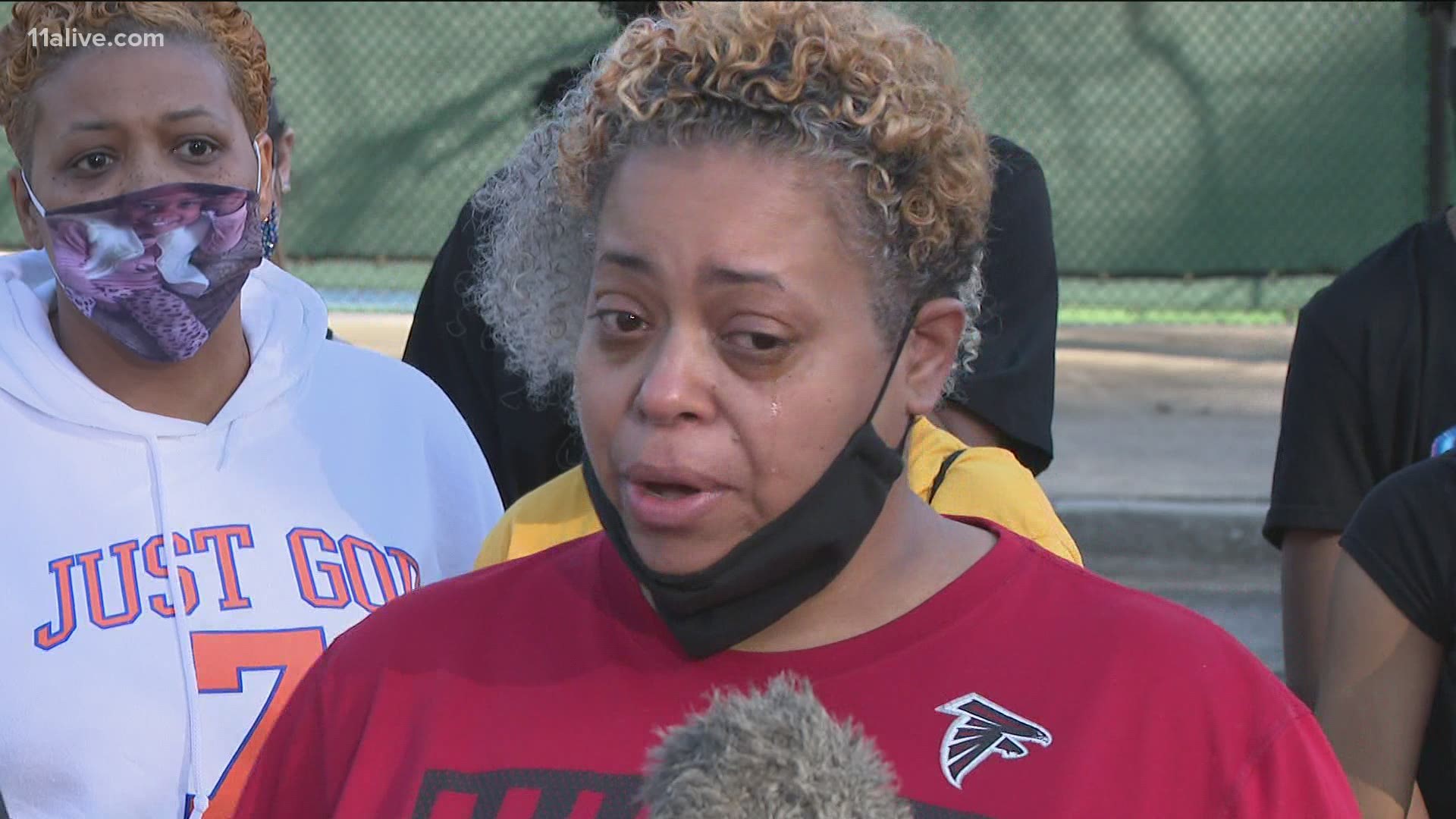 ATLANTA — Radiah Allen slowly walked up to a row of microphones, tears falling from swollen eyes. Pulling her mask down and taking a deep breath, she started talking.

“My nephew,” she began, before having to take a long shaky inhale. “Was the heart of our family."

Allen’s nephew is 12-year-old David Mack. A young boy murdered on Feb. 9, his body found in a cut-through off Shirley Street, where children often play.

The family gathered with Atlanta Police on Thursday afternoon to canvass the neighborhood near where David lived and where his body was found.

“Nothing is too small to tell us to follow a lead to try to solve this murder,” said Major D’Andrea Price.

APD Chief Rodney Bryant added, “This is so troubling that we’re out here for a 12-year-old.”

The chief said the canvass was an example of how diligently his department is working to solve David’s murder.

Dozens of officers - on foot, horseback, and motorcycles - spent two hours knocking on doors, flagging down cars and neighbors.

“Have you heard of this case?" one officer asked a woman pushing a stroller. “Yes, that was right by my house,” the woman responded, taking the flyer and promising to share the information.

RELATED: 'This all happens too much': Community gathers to remember murdered 12-year-old

Catherine Worthen stepped in her yard for a few moments to talk to police.

Police said they have a few leads they are connecting, but nothing they’re ready to share publicly at the moment. They said they’re hopeful to find someone who might have remembered seeing David around 3 p.m. on Feb. 9; that's the last time his grandmother saw him before leaving for an errand. An investigator said witnesses told police David may have been with someone around the time of his disappearance.

Glenda said it’s heartbreaking to think someone in her neighborhood might know something, but isn't coming forward.

“This is my community all around here,” Glenda said. “I know someone knows something.”

The last conversation Glenda had with David ended the way all the ones before had: he told her "I love you."

“There wasn’t a day that goes by that he wouldn’t tell me he loved me. I miss that most of all.”

Police said anyone who didn’t want to talk to them during the canvass can contact Crime Stoppers. A $10,000 reward is being offered for information leading to an arrest.