Ryan Dennis Coker, 38, is charged with six counts of sexual exploitation of children and unlawful eavesdropping. 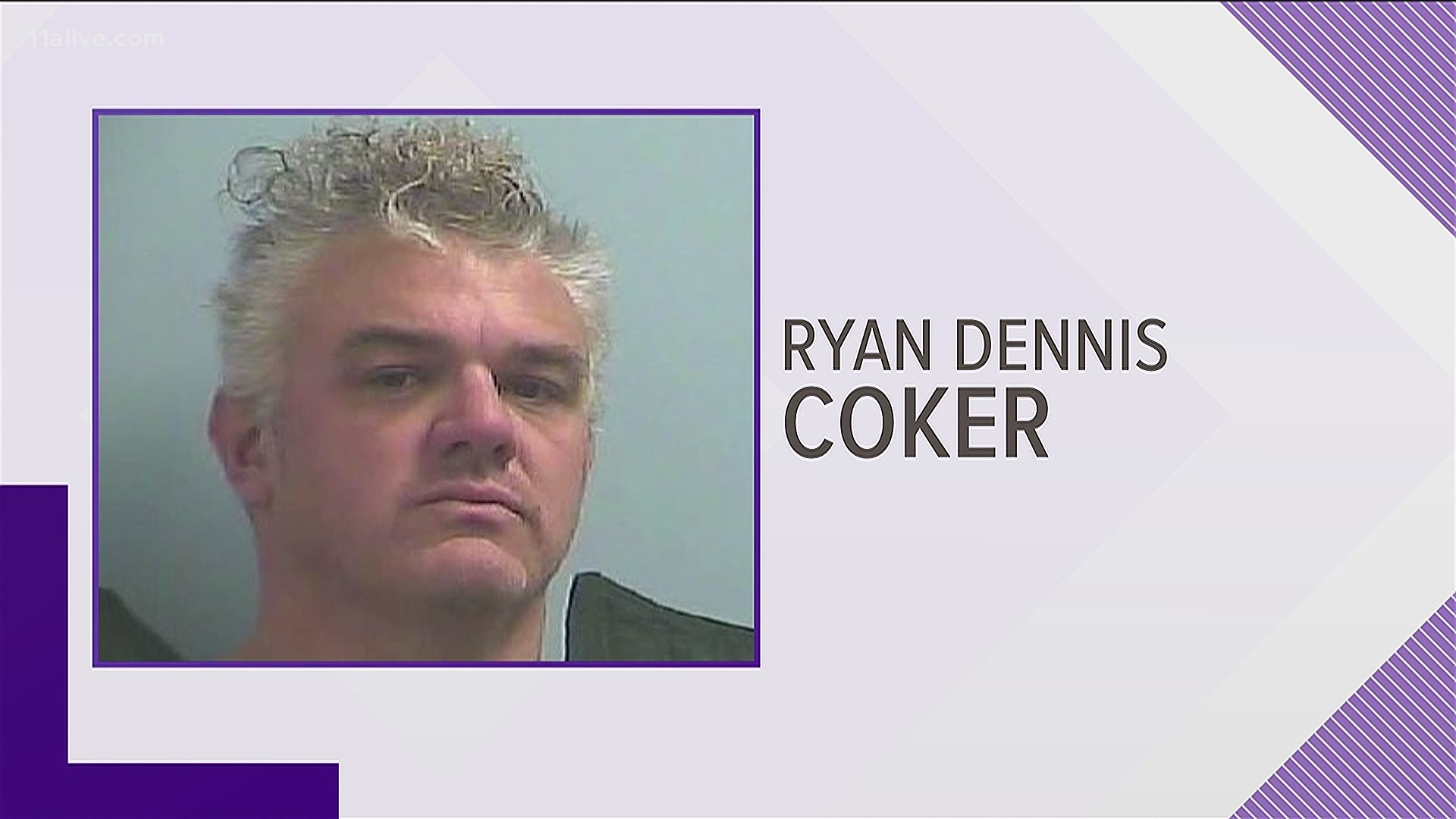 Johnson said that Dawson County High School business teacher Ryan Dennis Coker allegedly was in possession of photographs depicting minors engaged in sexually explicit conduct and is accused of "observing, photographing or recording" the activities of an individual in a private place without the victim's consent.

According to Johnson, an investigation was started earlier this week after a minor came forward to authorities as an alleged victim.

Deputies arrested Coker on Tuesday, Johnson said. He was charged with six counts of felony sexual exploitation of children and unlawful eavesdropping.

Coker is being held at the Dawson County Detention Center without bail.

The Dawson County School System released a statement after Coker's arrest saying that they are cooperating fully with the investigation. Coker resigned from the school system on Tuesday.

According to Johnson, the case is being investigated by the Dawson County Sheriff's Office and the Georgia Bureau of Investigation.