Days after she died in her room, dad testifies that he tried to cremate her

Emani Moss’ father took the stand in Gwinnett County to testify against his own wife in her death penalty trial. He told the jury a story of a family mired in neglect and denial. 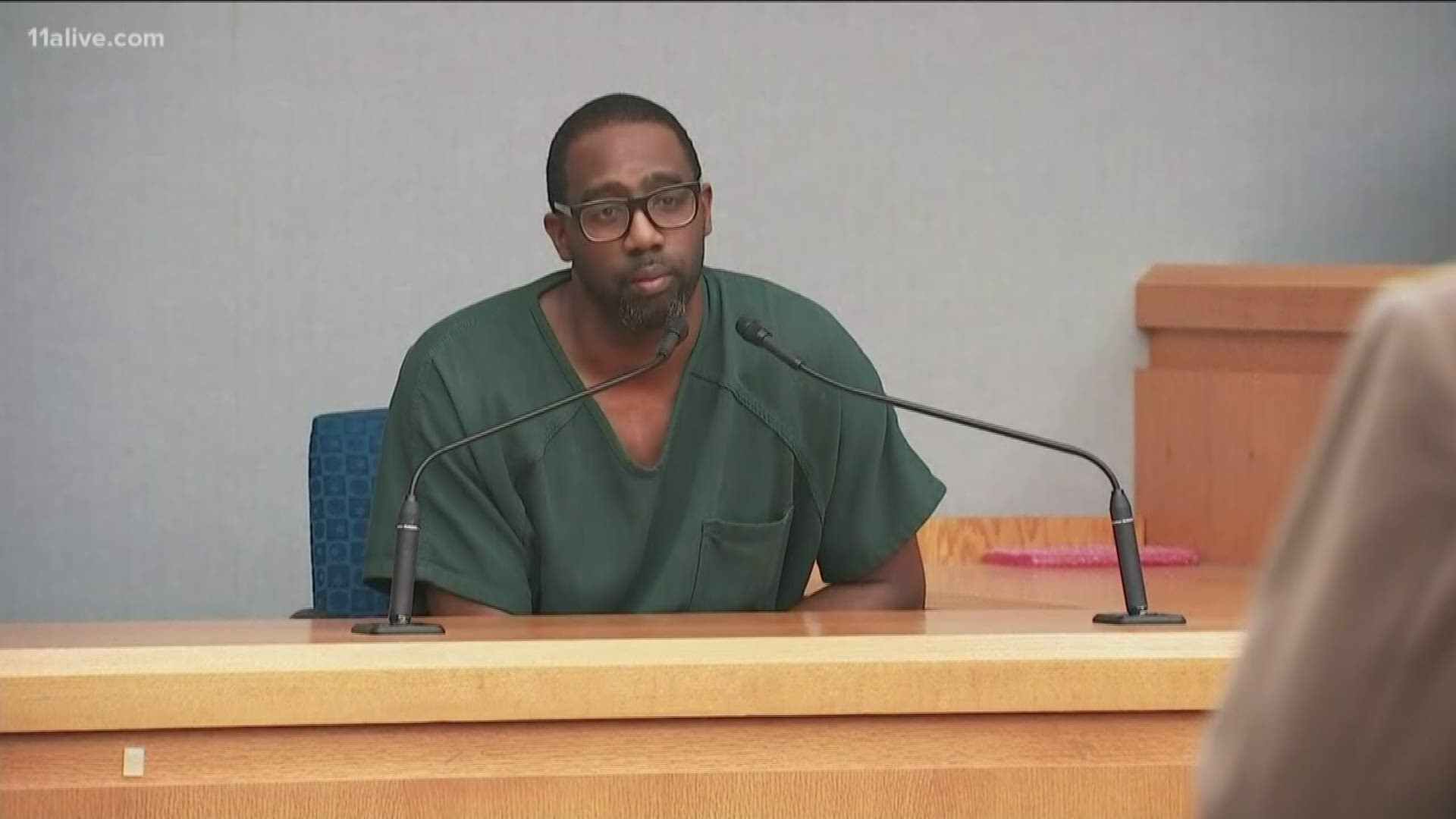 LAWRENCEVILLE, Ga. — For more than an hour in court on Thursday, the father of Emani Moss told the story of a child who had so much promise, but whose life was snuffed out.

Emani Moss was 10 years old when her body was found burned and stuffed into a trash bag in an apartment complex in November 2013. She weighed just 32 pounds.

Her father, Eman Moss, and her stepmother, Tiffany Moss are charged with starving her to death and then trying to burn her body in an attempt to cover up the crime.

Tiffany Moss is facing the death penalty. She has chosen to act as her own lawyer, despite the judge’s efforts to appoint attorneys to represent her.

Eman Moss, who signed a plea deal in 2015 and is serving a life sentence without parole, took the stand in Tiffany's trial on Thursday. He shuffled into the courtroom in shackles, never making eye contact with his wife at the defendant’s table.

Gwinnett County District Attorney Danny Porter started from the beginning, having Eman Moss tell the story of how he met Tiffany at church and eventually married her in 2010. The family’s story turned dark quickly after that when Tiffany was accused of abusing Emani.

“I was at work and I get a phone call from a detective saying I had to come to the police station,“ testified Eman Moss.

When he got to the police station he was told Tiffany Moss had been charged with physically abusing Emani.

STORY CONTINUES BELOW THIS VIDEO

“In 2010 Tiffany spanked Emani,” explained Eman Moss. “She had whips all up her back, her legs. A belt whip.”

Tiffany Moss eventually took a plea deal and was sentenced to probation. Before the conviction, she had worked as a pre-K teacher. However, with her court record she could no longer have that job.  That’s when Eman Moss said things got worse between daughter and stepmom.

“It was rough,” said Eman Moss when asked about the stepmom/daughter relationship after the conviction. “Going back to 2010 it was like a love-hate relationship.”

For about six months, the court ordered Emani live with Eman’s mother. To regain custody of her, Eman and Tiffany took parental classes and learned proper techniques for discipline. When the little girl came home to them, her father said he saw no problems with Emani. She was active, happy and eating.

But Eman was rarely home. He was working long hours and, sometimes, two jobs. He said he would get texts at work from Tiffany claiming Emani was misbehaving. He explained them Thursday during an exchange with Porter:

DANNY PORTER: Were a lot of the texts you got…. Had to do with Tiffany claiming Emani misbehaved?

DANNY PORTER: What did you do?

EMAN MOSS: I didn’t do absolutely nothing.

DANNY PORTER: Did you believe your wife?

Emani’s father went on to testify he never saw any evidence of Emani defecating on walls or food. He also said he never saw evidence of physical abuse by Tiffany. At this point, Emani was no longer the only child in the home. Tiffany and Eman were parents to two young children. Tiffany was a stay-at-home mom caring for them all.

STORY CONTINUES UNDER THE VIDEO

“When we moved to Veranda Chase (where the family was living when Emani died), she had a growth spurt,” testified Emani’s father. “She was thin but she was getting thinner.”

Eman Moss said he saw Emani primarily on weekends when he was in charge of the kids while Tiffany visited family or friends.

“Emani would eat a lot (on weekends),” testified her father. “Actually, on the weekends she would try to gorge.”

District Attorney Porter moved on to Oct. 24, 2013, which was the day Emani died. Eman Moss told of coming home from his first job in the early evening and Tiffany told him something was wrong with Emani.

“I go into the bathroom and she’s in the tub and she’s shaking like she’s having a seizure,” testified Eman Moss. “I said we need to call 911 and take her to the hospital. She was real thin.”

The jury was rapt with attention as Eman told the story of his daughter’s death. At times, he sighed and seemed on the verge of being upset. But he largely recited the narrative with little or no emotion.

Eman said he put Emani in her bed and visited over the next few days, trying to feed her with a spoon but it was too late. By Oct. 28, she was dead.

When Eman came home from work that day he said his family seemed normal.

“Tristan (his son) was running around. Emma (his daughter) was in the pack and play and Tiffany was watching TV,” testified Eman Moss.

Emani was laid out on the floor of her bedroom on a blanket. When he, again, raised the question of calling police Tiffany said they couldn’t because she was still on probation for the 2010 child abuse case. She was scared she would lose her other children.

Life continued as normal for the Moss family over the next few days. Eman went to his two jobs. Tiffany continued her usual routine. The two knew they had to do something with their daughter’s body.

“She (Tiffany) wanted to get rid of, like, bury it,” said Eman. “She said ‘We gotta hide it. Gotta hide it. Be on our criminal mind.’”

When asked why he didn’t follow his initial instinct and call 911, Eman Moss didn’t have a good answer.

A plan to hide the body

Eventually, Eman and Tiffany Moss decided to try to burn the body. Eman bought a metal trash can, charcoal, lighter fluid, and trash bags at a Walmart.

In graphic details, Emani’s father described what they did to hide the body. 11Alive News will not share those details because they are disturbing. But we will tell you how Emani’s tragic tale ends.

One night, her father and stepfather loaded up their other two kids in the car. They also put Emani's remains in the car, which by this point, were in the trash can Eman bought from Walmart. They drove to a secluded spot in the middle of the night.

Tiffany and Eman tried to burn the contents of the can but it didn't work. They then go home and leave Emani’s remains in the back of the car.

Over the course of the next day, Eman went to work with his daughter’s remains in the back of his truck. After speaking with a friend, he finally calls police. When he tells Tiffany about his call, she flees the home with their other children in the family vehicle. Before she goes, she takes the trash can with Emani’s remains out and places it in a grassy area at their apartment complex.

The police arrive, find Emani’s body, and arrest her father. Her mother eventually turns herself into a Roswell police officer. With that, Eman Moss' story of his daughter's final days is over.

As she has with every witness so far, Tiffany Moss did not cross examine her husband. As he shuffled past her to exit the courtroom she stared at him. He kept his eyes on the ground.

Tiffany Moss was offered the same deal that her husband took, but she declined.