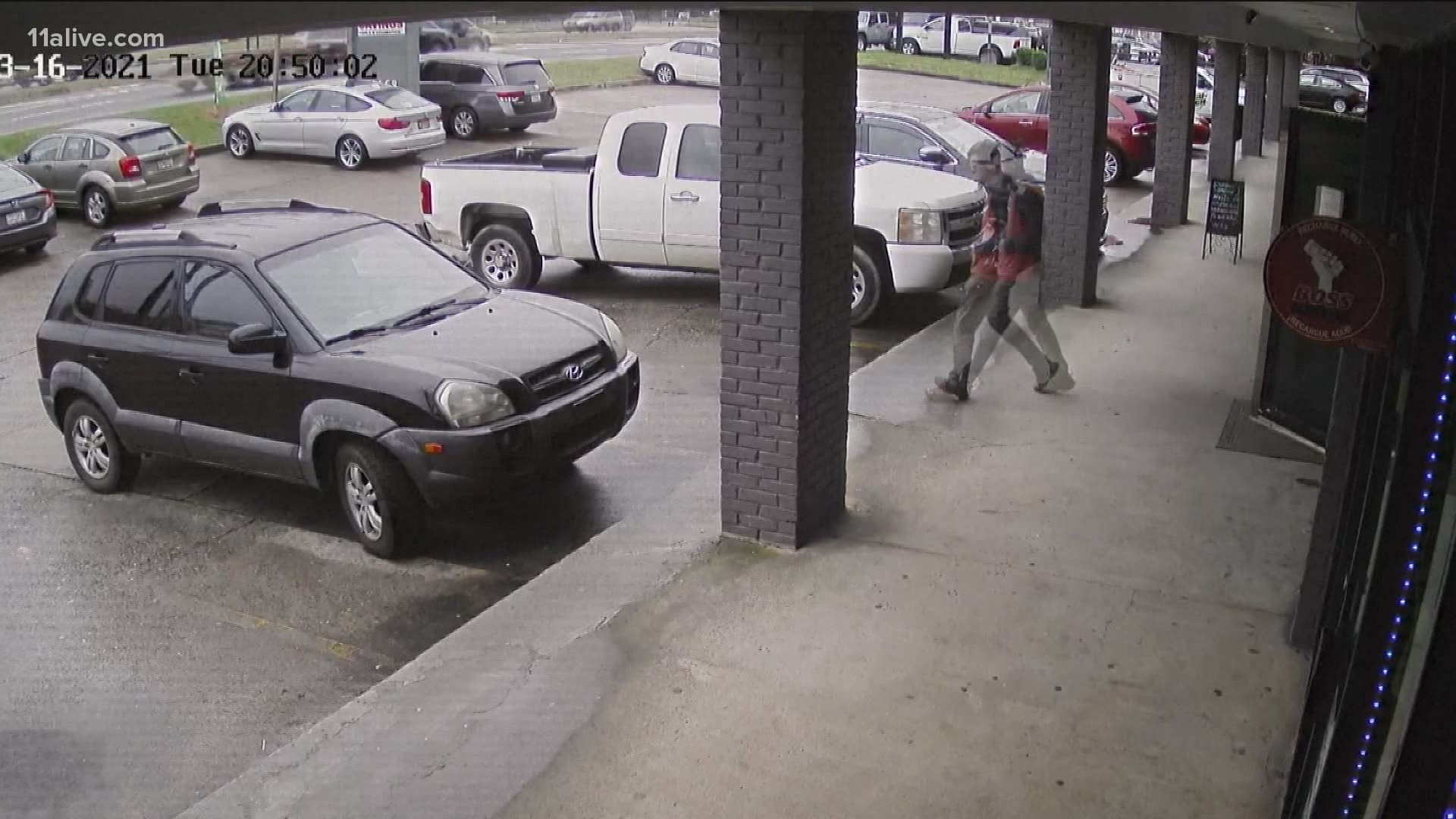 The victims - many of them Asian women - were wives, mothers, a spa owner and spa employees. 11Alive and law enforcement are working to learn more about the victims.

Within the past 24 hours, police revealed that Long had gone to both spas on Piedmont Road in Atlanta for their services before the shootings. Police have not said how often.

Friday morning, officials released a look at the moments before this shooting rampage started.

Surveillance video shows Long get out of his SUV and walk into Young's Asian Massage in Acworth. Then, Long quickly walks out of the spa, gets into his car and leaves. Moments after that, witnesses gather outside, in a panic, and Cherokee County Sheriff's Deputies arrive on scene.

Five people were shot, and four killed at that spa. About 45 minutes later, police say Long shot and killed four more people at two spas in Atlanta on Piedmont Rd.

While the Cherokee County victims have been identified, Atlanta Police are holding off on releasing the names of those killed in the shootings there until family has been notified.

"We try to remember that eight families are impacted by this. And we wouldn't be doing justice by putting a lot of this information out in the public, and especially, in our cases, where the next of kin has not been notified," APD Deputy Chief Charles Hampton Jr. said Thursday.

Memorials are set up outside the spas where eight people lost their lives continue to grow in Atlanta, and in Cherokee County with many carrying signs that read "Disarm Hate."

A “Stop AAPI Hate” March is planned for Saturday afternoon at Woodruff Park.

For those wondering how they can support the AAPI community in Atlanta, here is a list of resources and tips here.