The victim was found in the roadway suffering from from multiple gunshot wounds; he was pronounced dead on the scene, police said. 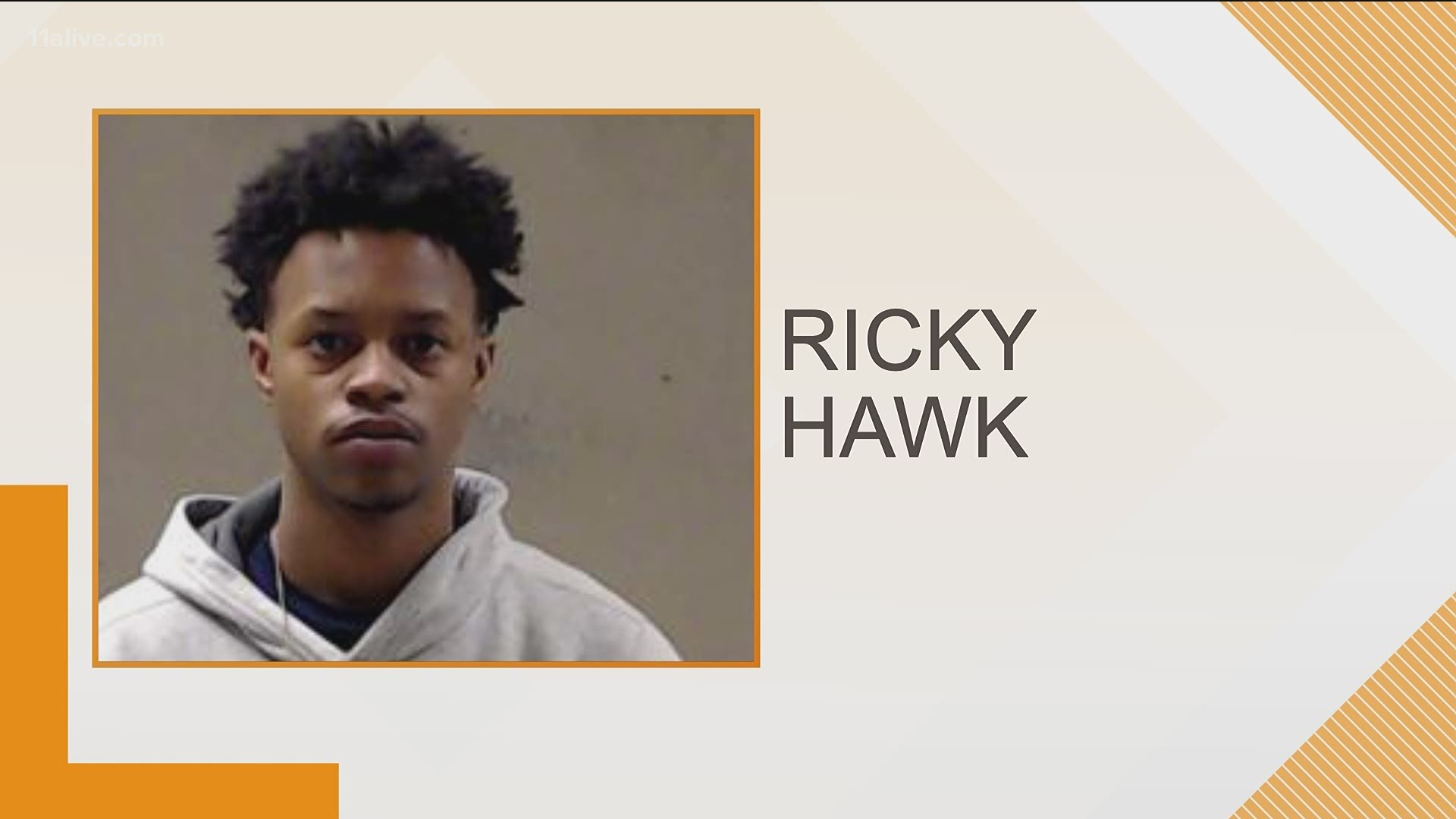 DEKALB COUNTY, Ga. — Rapper Silento has been charged and arrested by police, accused of murdering his cousin in a shooting last month in DeKalb County.

DeKalb County Police said they arrested the 23-year-old, whose legal name is Ricky Lamar Hawk, on Monday. His cousin, 34-year-old Frederick Rooks, died after he was shot on Deep Shoals Circle on Jan. 21.

Officers were called to the scene that day around 3 in the morning. According to the police report, a man called police after his daughter, who lives in the area, stated she heard gunshots and saw a body in the street.

Rooks was found in the roadway suffering from from multiple gunshot wounds; he was pronounced dead on the scene, police said.

The suspect at the time was unknown. However, police said after a thorough investigation, detectives identified Hawk as Rooks’ cousin, and the person responsible for the victim's death.

The police report said they were able to obtain Ring video from several homes that showed several vehicles speeding away from the area. The video also captured one gunshot, the report indicated.

Investigators are still working to uncover the motive for the shooting.

In a virtual court appearance on Tuesday, the judge read his charges to him and told him his case would be heard in superior court at a later date.

This is not the first time Hawk, known for his 2015 single "Watch Me (Whip/Nae Nae)," has been in trouble with the law. He was arrested in September 2020 for alleged assaults in southern California after he was accused of trying to hit two people with a hatchet, 11Alive's NBC affiliate KNBC previously reported.

The following month, he was arrested in Atlanta for allegedly going 143 mph along Interstate 85. Hawk told police he had to drive that fast because he was being followed by 10 cars leaving a club in Gwinnett County. The speed limit was 65 mph.