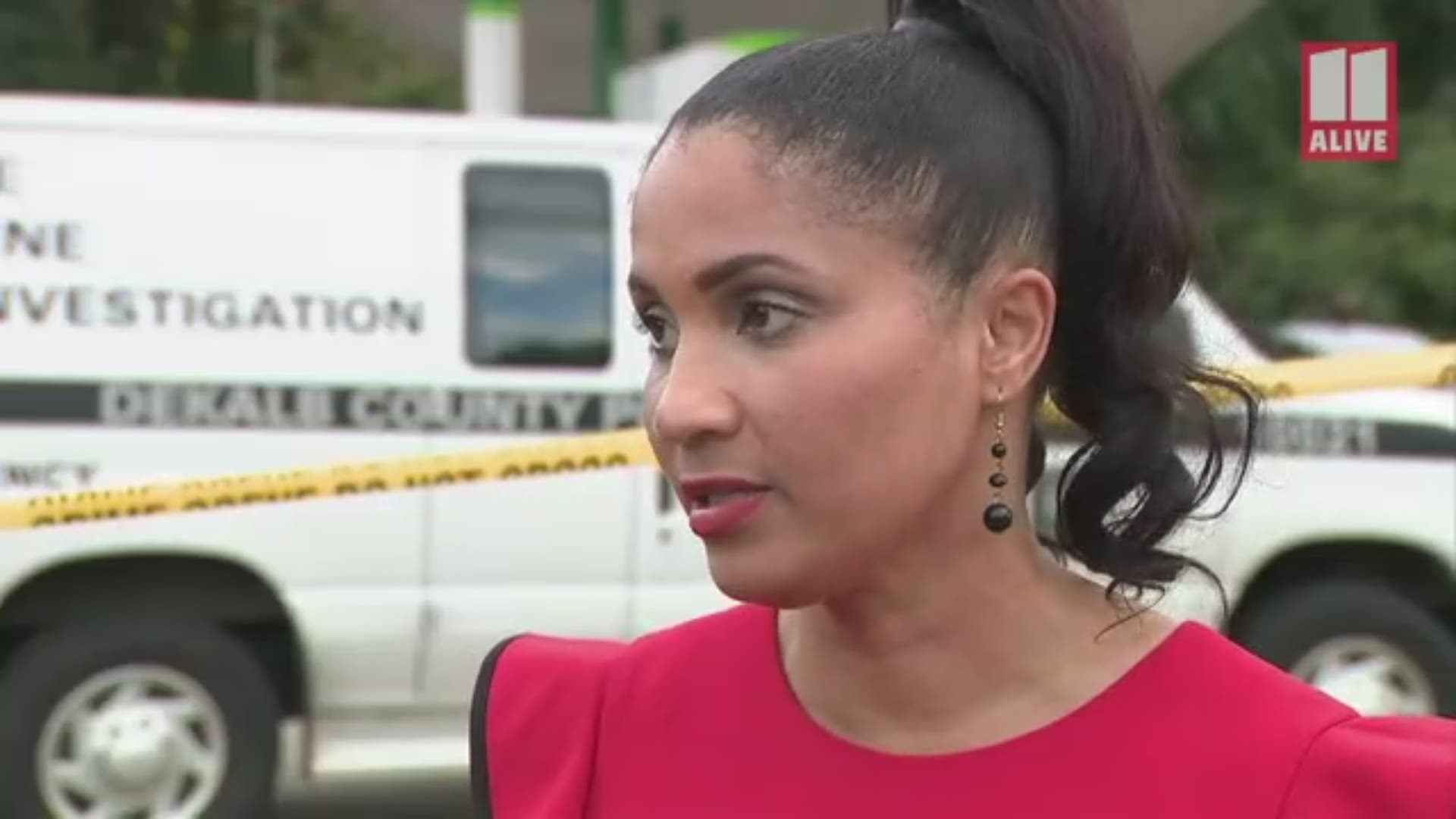 ELLENWOOD, Ga. — DeKalb County Police have confirmed that a person is dead following a shooting Monday afternoon at a gas station in DeKalb County.

Police said the shooting happened at at BP station at 3758 Panthersville Road in Ellenwood around 4:30 p.m. There appeared to be a body covered near the fuel pumps.

"It appears that he was getting gas and got into some type of altercation with a group of individuals," said DeKalb County Police Public Information Officer Michaela Vincent. "Moments later it appears that shots rang and the victim was struck and unfortunately died here."

Officers said it's unclear what the dispute was about.

“We do not know what let up to the shooting, but we do know is that it appears that it was not random," Vincent said.

Police have not released the identity of the victim yet. However, a person at the scene told 11Alive he knows the victim and described him as a man in his 70s who lived in the area.

"I’ve never known this man to get in any altercation with anybody," Karl Tez White said.

"Everybody he touched he dropped knowledge on them," he said. "Teaching them how to live life and how to be just a good human being."

Officers are looking for possible suspects in the area. Vincent said they area also using a K-9 in the search. Police are asking anyone with information to contact them.