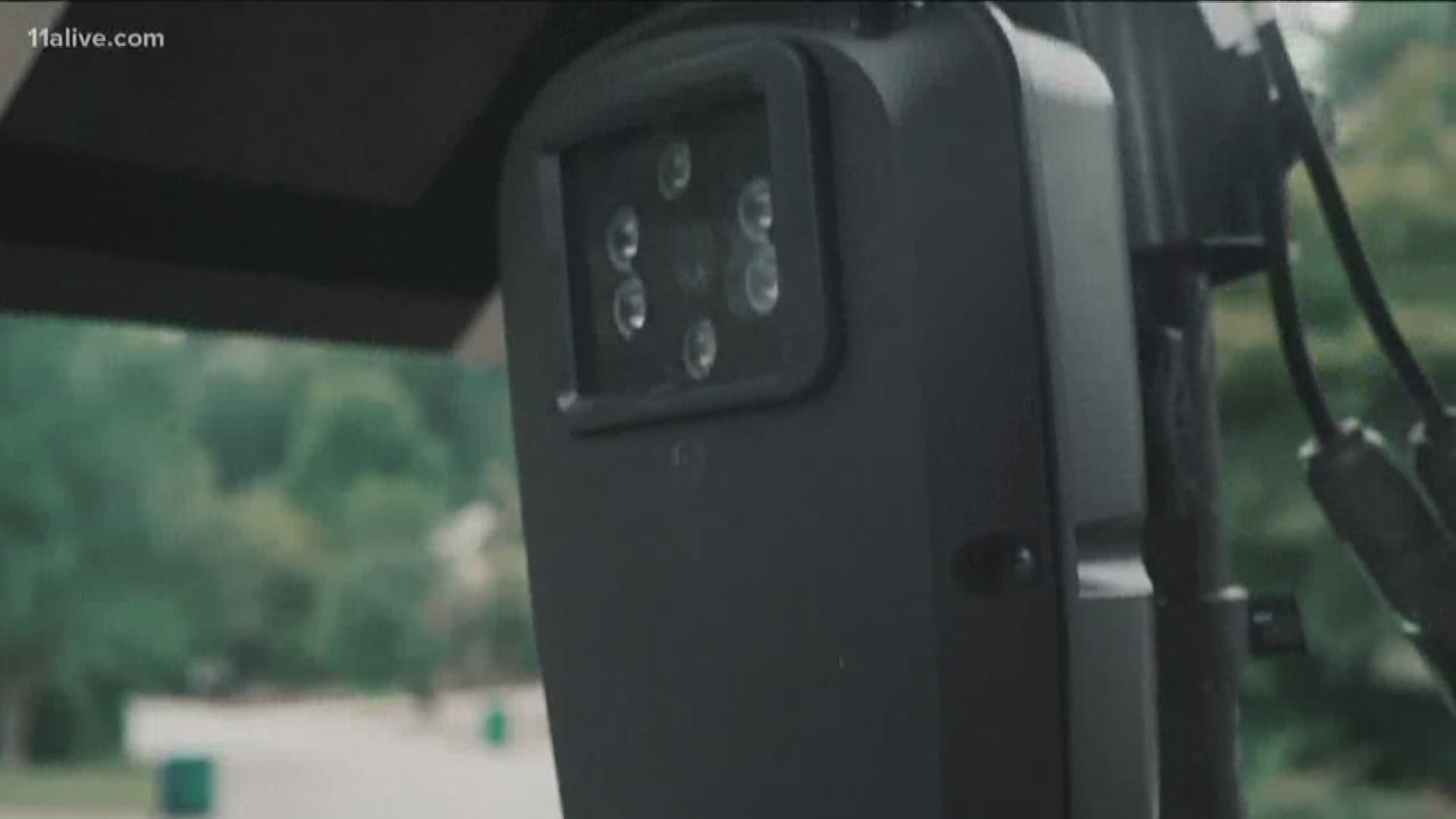 DEKALB COUNTY, Ga. — Editor's note: The video in this story is from a previous story in Cobb County about how these cameras are combating crime.

A DeKalb County commissioner has allocated thousands of dollars to install additional license plate cameras, which was announced on Wednesday.

“Since taking office, public safety has been a priority for me,” Commissioner Bradshaw said. “This action is just one more step in pursuit of this objective.”

According to a news release, Flock Safety’s automatic license plate readers "securely capture images while the proprietary machine-learning algorithm uses vehicle 'fingerprint' technology to identify the license plate, vehicle make, type and color. It not only captures the license plate seen, but all the objects within the frame. The system leverages solar and battery power, and cellular data communications."

So far this year in DeKalb, they said Flock Safety cameras have resulted in more than 100 vehicle recoveries, including 21 by the Tucker precinct alone.

“Hopefully, our law enforcement professionals will be able to report similar results throughout District 4 in the coming months,” Commissioner Bradshaw said.