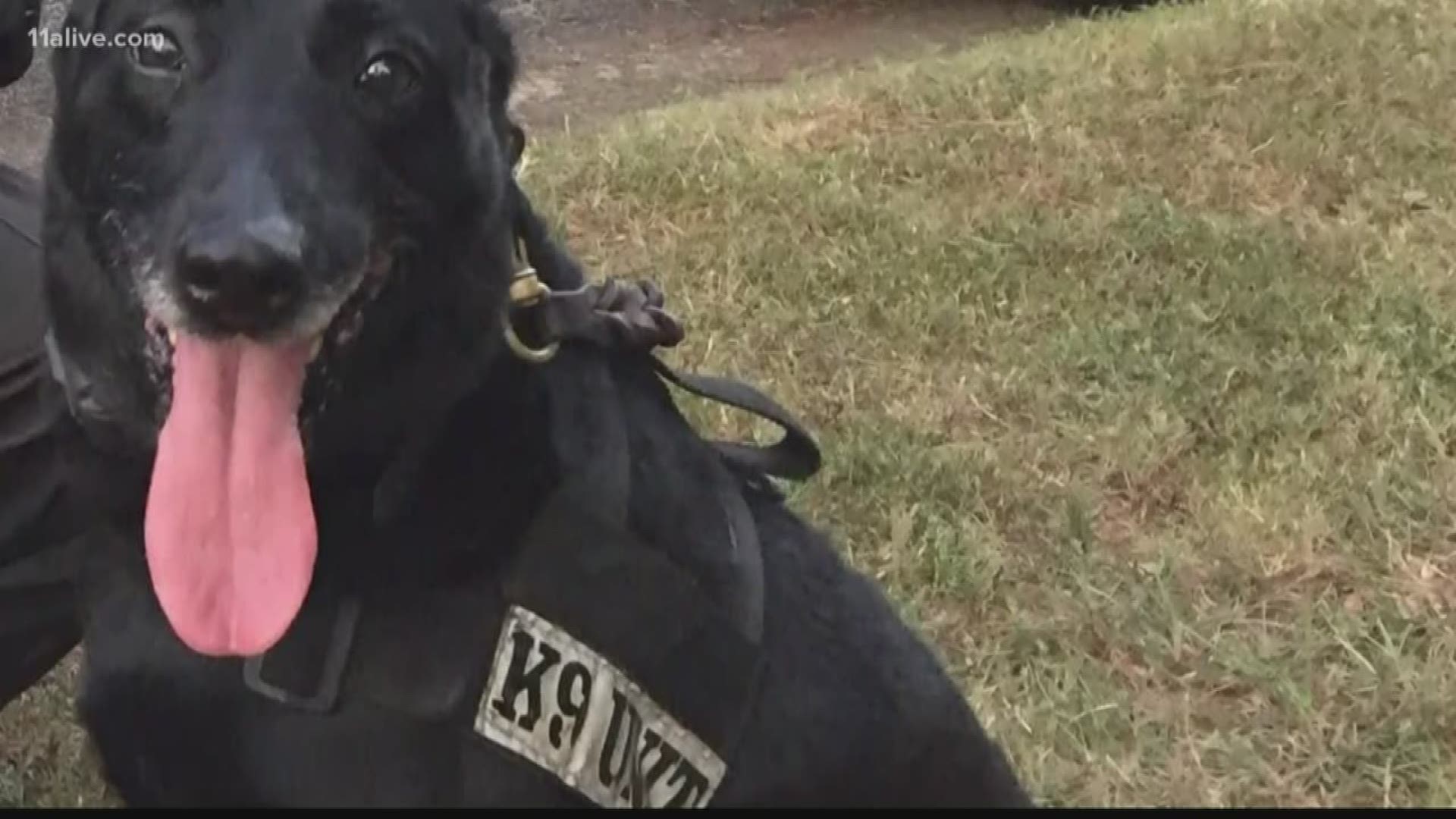 DEKALB COUNTY, Ga. — A K-9 officer was shot Tuesday in DeKalb County and is recovering from surgery, police said.

The incident happened on North Hairston Road in a townhome community near Stone Mountain. The officer is K-9 D'jango. He is said to be in stable condition, police said.

"Our K9 officer is alive and is in surgery," DeKalb Police tweeted.

At around 1:05 p.m., officers were watching a store on Central Avenue and North Hairston and saw a man walking to the store who was wanted on 11 warrants, including four counts of firearms by a convicted felon and multiple drug charges.

When the suspect spotted the officers, police said he reached in his waistband and started running. Officers quickly set up a perimeter and K-9 D'jango noticed the suspect and "put him on apprehension," police said.

Several gunshots were fired at this time, police said. The suspect was shot and taken to a local hospital where he died, police said. He was described as a 26-year-old black male, though his name hasn't been released.

K-9 Django, who has been with the department for the last six years, was also shot and was transported in critical, but stable condition. No one else was hurt.

"The K-9 officers are here for our protection as well as your protection, Maj. Jerry Lewis said. "They do a job to save lives."

The Georgia Bureau of Investigation said that they are responding to an officer-involved shooting in the county.

"We're thankful to our K-9 officer and hope he makes it out as best as possible," Lewis said.

No further information has been released. Return to 11Alive.com for updates on this developing story.