A scheduled news conference will take place at 1 p.m. at the DeKalb County Courthouse. 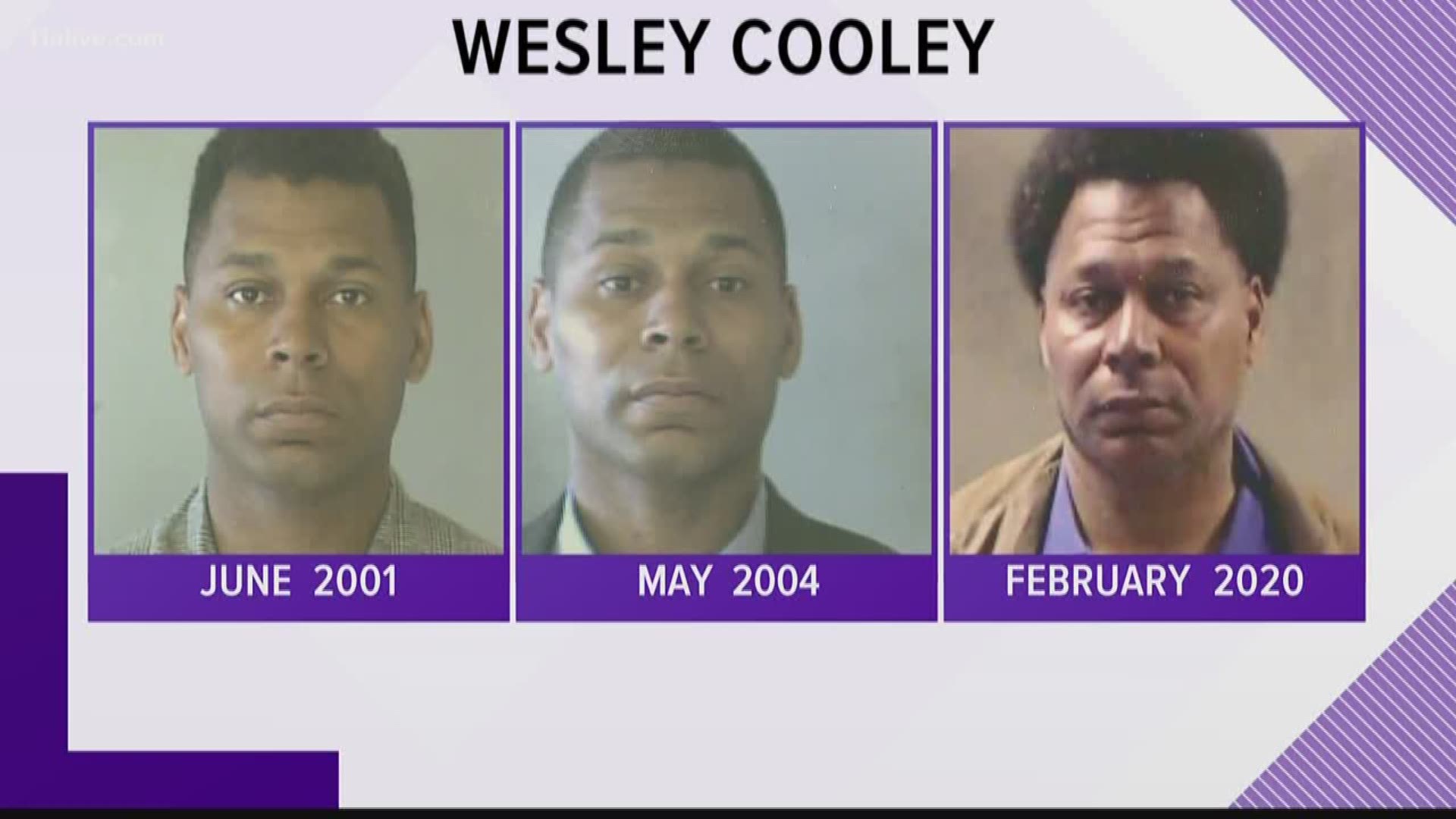 DEKALB COUNTY, Ga. — An accused serial rapist tied to cases across metro Atlanta has been captured.

"Today, a dangerous predator whom we believe has been terrorizing women for at least two decades is off the streets," Boston said.

He attempted to run but was taken into custody a short time later near his home in Conyers without further incident.

The charge against Cooley stems from an April 2017 rape of a female victim along Northlake Parkway in Tucker. Boston said he was identified as a suspect following a positive DNA match.

She said further investigation revealed that the DNA evidence from the 2017 crime also linked the accused attacker to seven other unsolved sexual assault cases including four in DeKalb two in Atlanta and one in Conyers.

She said the crimes date back to 1999 and that the ages of the victims range from 15 to 38 at the time of the offenses.

He is currently being held at the DeKalb County Jail without bond.