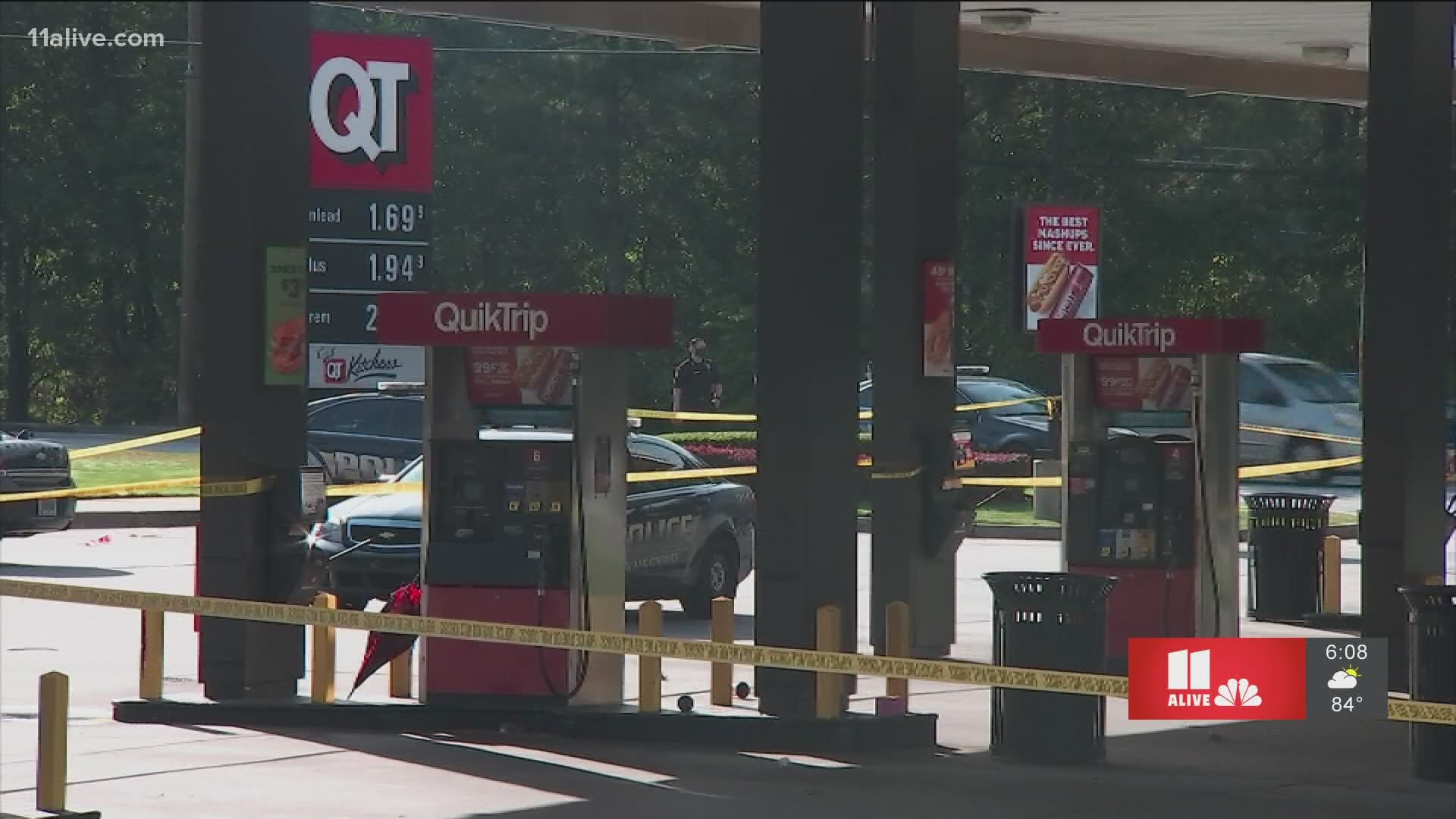 DEKALB COUNTY, Ga. — The Georgia Bureau of Investigation said Sunday that an officer-involved shooting in DeKalb County resulted after an officer asked a man with his pants down to leave the area outside a QuikTrip and the man pulled a knife.

DeKalb Police earlier confirmed the officer-involved shooting and said the unidentified man was in critical condition at a local hospital.

The GBI described the circumstances that led to the shooting in a press release.

"A DKPD officer was parked at the Quiktrip ...  (and) an employee informed the officer that a male subject was outside with his pants down. The officer instructed the male to leave the area. The subject pulled a knife and proceeded to advance towards the officer," the GBI release said. "The officer fired a duty weapon, striking the subject."

It happened shortly before 6:30 a.m., police said, at the QuikTrip gas station on the 3800 block of North Decatur Rd.

According to the department, there were no other injuries.