One of the teens has died from his injuries and the other has been hospitalized. 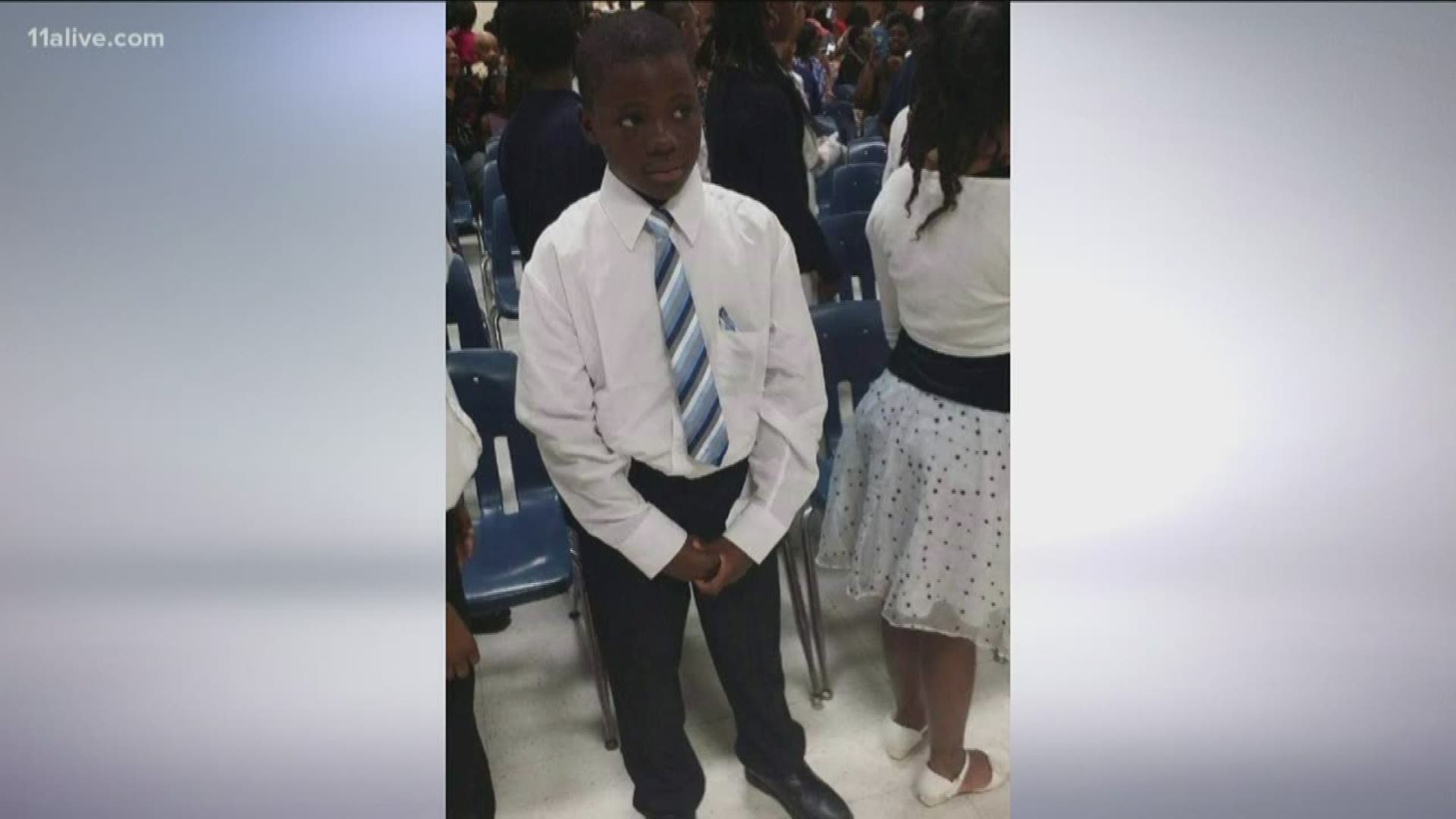 DEKALB COUNTY, Ga. — One person is custody after an incident left one teen dead and another hospitalized. Now, police say the shooting allegedly stemmed from an attempted theft by the victims.

The incident happened around 1:30 p.m. in the 3000 block of Fields Drive - Aladdin Townhomes - in DeKalb County.

However, the police department said later that the shooting stemmed from a failed theft attempt. Police said the two teens arranged to meet with two adults "under the guise that they wanted to purchase some property."

According to the police report, the teens allegedly tried to take a cell phone.

However, when they met, police said the teens ran away with the property without paying. The adults then chased after them and opened fire killing one of the teens.

One of those victims, identified by family as 14-year-old Ricarrio Hale, died from his injuries.

"His mom's really, really distraught, I mean, as any mother would be," family friend Jacques Hall said. "Losing a son is, you know, or child period, is obviously something no one wants to go through."

The other victim, just 16, was stable at the time he was taken to an area hospital.

Hale's mother said he was a good kid who didn't start trouble. Now, as she mourns her child's loss, she's trying to understand what happened. And, as the investigation continues, detectives are searching for answers as well.

He added Hale is one of 11 children. Hall said the teen was a freshman at Miller Grove High School.

"You see, you know, these types of situations every day, but you see them from your living room," Hall said. "You know, you don't expect for, you know, the Pied Piper to knock at your front door, with this type of situation so it's surreal."

According to officers, Paul Wilson was charged aggravated assault and felony murder.  A judge denied him bond. A woman who was detained at the scene was released, DeKalb Police said.

The 16-year-old victim is being charged with misdemeanor theft.