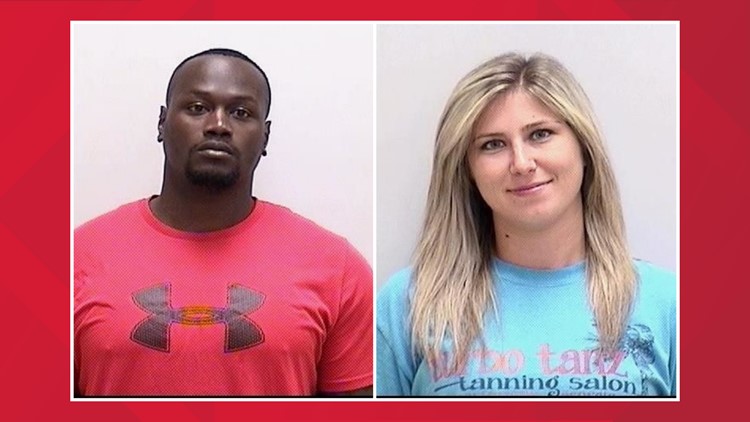 Deputy, fiance arrested after confrontation with neighbor caught on camera

CARTERSVILLE, Ga. — A Bartow County deputy has been fired and charged, along with his fiance, with simple assault after a recorded argument outside their Cartersville apartment.

According to Bartow County Sheriff Clark Millsap, 28-year-old Brison Strickland and 25-year-old Kristen Smith were confronted by a woman who said they were being loud and disorderly after midnight Sunday morning.

The woman recorded the moments that followed on her cell phone, which showed now-former Deputy Strickland and Smith being "verbally abusive" to the woman complaining.

According to the Bartow County Sheriff's Office, they also made "several claims to be police officers and used explicit language in threatening manners."

The woman who first confronted them about the noise later filed a report with the Bartow County Sheriff's Office about the exchange. Strickland was first suspended and later fired after the criminal and internal affairs investigations were completed.

Bartow County officials said that Strickland had worked two stints with the sheriff's office - the first from 2010 to 2015 and the next from 2017 until his termination.