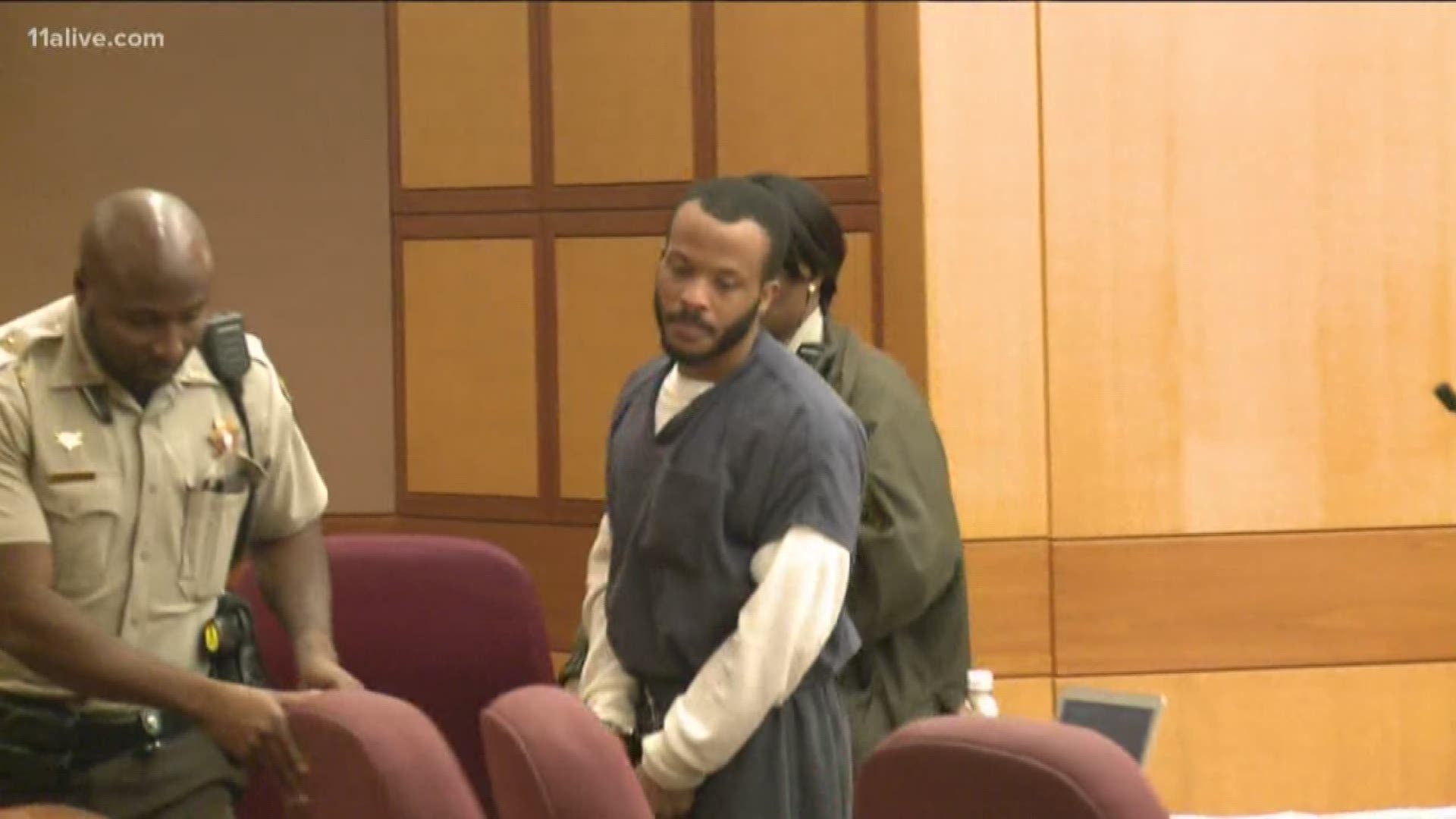 ATLANTA — Editor's note: Some of the details in this story are graphic.

An Atlanta detective described how a carjacking last month progressed into a night of sexual torture and, eventually, a woman's execution, at a preliminary hearing for accused murderer Anthony Goss on Friday.

Goss is accused of murder, rape, and faces a number of other charges in the killing last month of 21-year-old college student Te'a Denise Liger.

On Friday, Det. Michael Young of the Atlanta Police Department described the hours of sexual violence that preceded her death and which a prosecutor called "some of the most horrific facts that the state has ever heard."

Young said it began as a carjacking, with Goss and an alleged accomplice, Roy Hill, accosting Liger's roommates at gunpoint as they left their apartment in the early morning of Aug. 23 as they headed to their car to go to a market.

The Atlanta detective said after holding the unnamed witnesses, a boyfriend and girlfriend, and taking their phones, they forced them back into the apartment, where Liger was sleeping, at gunpoint.

What progressed from there was an unthinkable three-hour stretch of psychological and sexual torture and the execution-style killing of Liger, chosen at random as Goss allegedly taunted the three victims while they were forced to kneel together under a mattress.

Young said before Liger was killed, Goss and Hill forced the three roommates into various sexual acts with each other at gunpoint, before he raped the second female victim while Liger was tied up in a closet.

"Witness 1 did not want to do it, she was told to do it, 'Or we're gonna kill you,'" Young testified.

The horror culminated in Liger's killing, with Goss allegedly shooting her in the back of the head through a pillow.

"Goss asks Hill, 'Didn't you say you wanted to kill somebody?' And Hill said no," Young testified. "He says, 'Well somebody has to go.' And he shot the deceased victim."

The roommates believed they would be next, Young testified.

"They believed since they were tied up and tortured in the house for three hours that everybody was going to die," he said.

Fulton County prosecutor Lauren Travis described it as Goss' deliberate plan "to keep them in that state of fear, that they would lose their life inside that apartment and that they would not make it out alive."

The other victims only did, Young testified, because of the boyfriend's actions.

Described as a member of the military, the detective said after Liger was shot he lunged at Goss, initiating a struggle that allowed the girlfriend to flee the house and ended with him wrestling the gun from Goss after they fell down the stairs.

When the girlfriend returned to the home to check on her dog, she found Goss' phone and positively identified him to police through his wallpaper photo, Young said.

"By the grace of God this was not a triple homicide," Travis said.

A Fulton County judge ruled there was probable cause to proceed with the prosecution.

Liger's mother described her daughter as a beautiful soul after her funeral last month. She said the things she'll miss about her daughter are countless.

"Her smile, her laugh, her energy, her presence," her mom said. "Her ability to just bring peace to everyone."