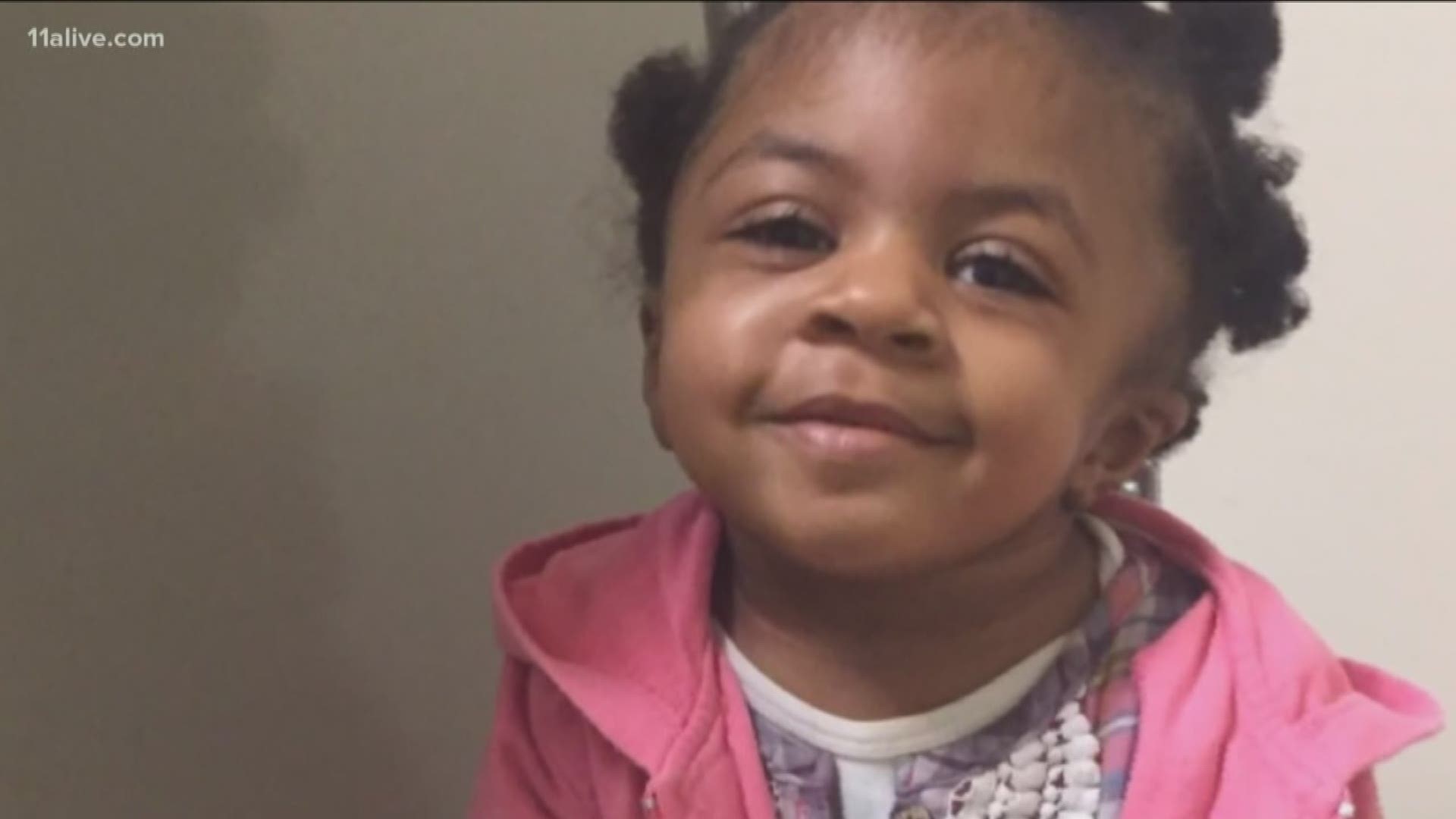 The Tiffany Moss trial revealed horrific details about what happened to Emani Moss before her death. But, her story is heartbreakingly similar to another little girl's life  - Reygan Moon.

"We have a case that's almost identical to this case, except there was no father involved," Porter said.

Reygan was 2 years old when she died. Her mother, Devin Moon, is accused of intentionally starving the toddler to death - leaving the girl alone for hours in a closet while she worked as a dancer at a local club.

According to an autopsy, when Reygan died, she had no food in her stomach and she weighed just 14 pounds – half of what a healthy 3-year-old should weigh.

RELATED: Emani Moss and Reygan Moon died due to neglect. Both had grandparents try to get custody.

Just like in the Emani Moss case, family members contacted the Division of Family Child Services, concerned about Reygan's well being after she spent four days in the hospital for malnutrition.

RELATED: Toddler died covered in filth with no food in her stomach | This is what we learned in court

Family members filed at least five complaints over one year, and Reygan's grandmother repeatedly tried to get custody. However,  DFCS found no danger and closed the case. Eight months later, the little girl died alone.

"There's one where the facts of the situation are almost identical to this case where I'm considering whether or not I will file a notice to seek the death penalty," Porter said.

He mentioned he was thinking of the Devin Moon case when the jury delivered the punishment of death to Tiffany Moss.

"I think if the jury, after everything, went with life without parole, I think that would have weighed in. But the fact that they imposed the death penalty in this case," he said. "I don't think that tells us anything other than the fact that there are jurors who are willing to impose a death sentence."

RELATED: 'They should pay for it' | Family says DFCS ignored their warnings before toddler starved to death

Hearing that a mother starved her child to death is shocking, but Porter said he's prosecuted four to five similar starvation cases in the past five years. The horrific details stick with him

"With all of my years of experience and everything I have seen, I thought I was pretty knowledgeable, or pretty immune to the things people do to each other. But when this case came in, it was like nothing I had ever seen before," he added.

RELATED: Reygan Moon, starved to death, may have died alone in a closet

DFCS admitted it failed to conduct follow-up visits. The department's director said the department relied heavily on Moon's promises, and that when she isolated herself from everyone, communication broke down.

The director also said the case was making the department reassess its staff and systems.

After Emani Moss' death, three DFCS workers were fired. Others faced discipline for dismissing abuse and allegations. Her grandmother, Robin, is suing the department for not doing more to save her.

RELATED: 'It didn't have to happen this way' | Grandmother of starved girl speaks