Police arrested three people for the crash on Donald Lee Hollowell after a short chase. 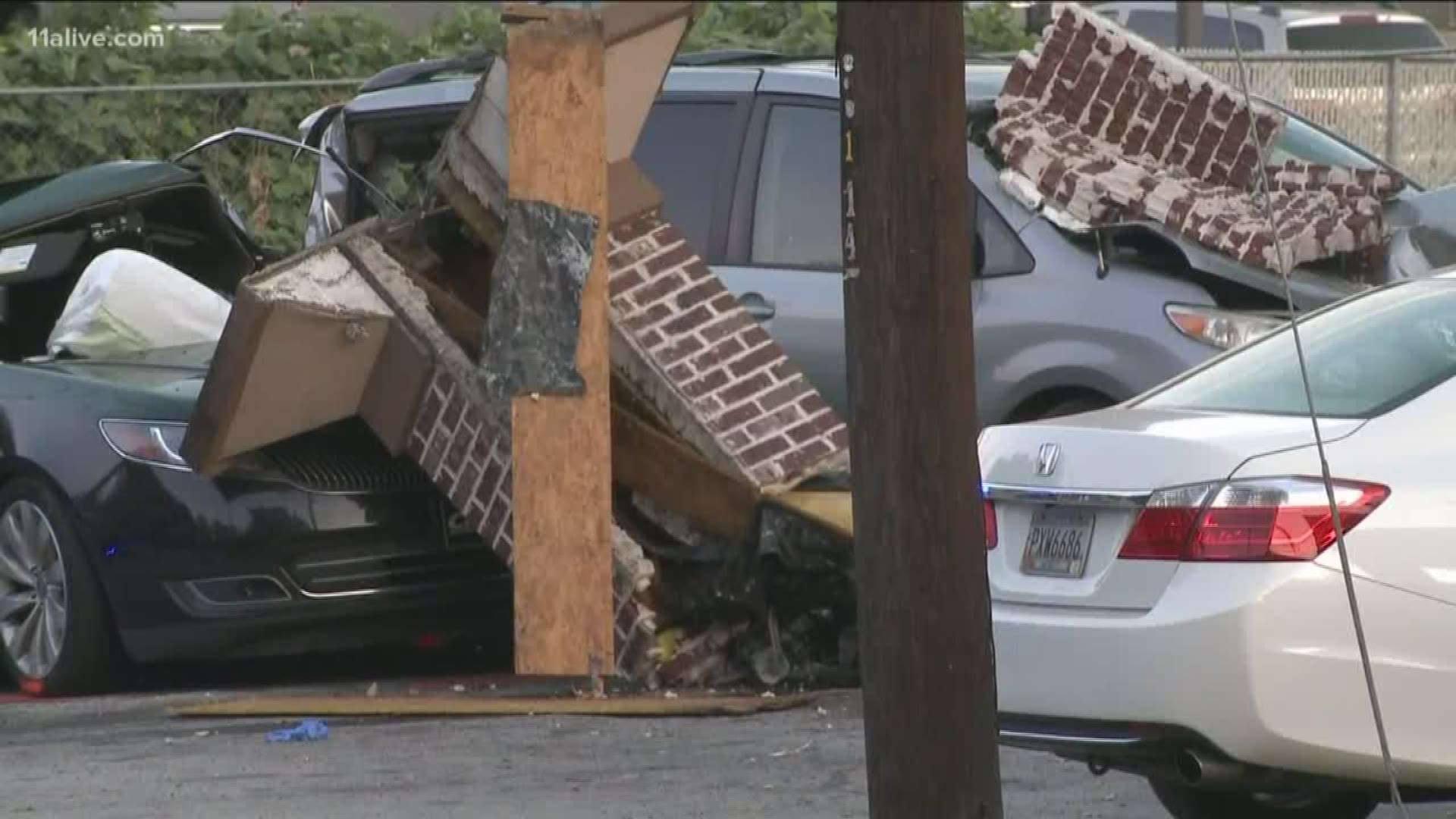 ATLANTA — Police say two innocent bystanders have been hospitalized after the driver of a stolen car crashed while trying to escape police in west Atlanta, Wednesday.

According to Atlanta Police spokesperson Tasheena Brown, officers were attempting to stop a car at Chappell Road and Donald Lee Hollowell Parkway after its tag came back to a stolen vehicle out of Clayton County.

"That vehicle then decided to flee from officers," Officer Brown said. "While doing so, maybe half a mile down the road, they went on into oncoming traffic striking another vehicle head-on."

Brown said that following that impact the suspect lost control and slammed into a parked vehicle at the American Deli. In a chain reaction, that vehicle then struck a pedestrian and pinned that person to the wall of the restaurant.

"He was transported to Grady alert, conscious and breathing. He did sustain significant injuries to his lower extremities," Brown said.

The crash also caused damage to the side of the restaurant itself with an aerial video showing brickwork scattered in the parking area where it happened.

Police detained three people who were in the vehicle. Officer Brown said they only sustained minor injuries.  She said police initially attempted the stop not only because the car was allegedly stolen, but also because the thieves were said to be armed and dangerous.

Atlanta Police have handed the investigation over to the Georgia State Patrol which will continue looking into what happened.

Latonya Gates said her parents had just dropped her kids off nearby when the crash happened. So, they watched the short chase and crash as it happened - though fortunately, the children were inside at the time.

"I feel like he hit those cars on purpose to deter the police," she said. "Because it was parked."

Gates said the police were close behind when the crash happened.