The jury then watched a different video of the same two hours, shot from a different camera on the bus. 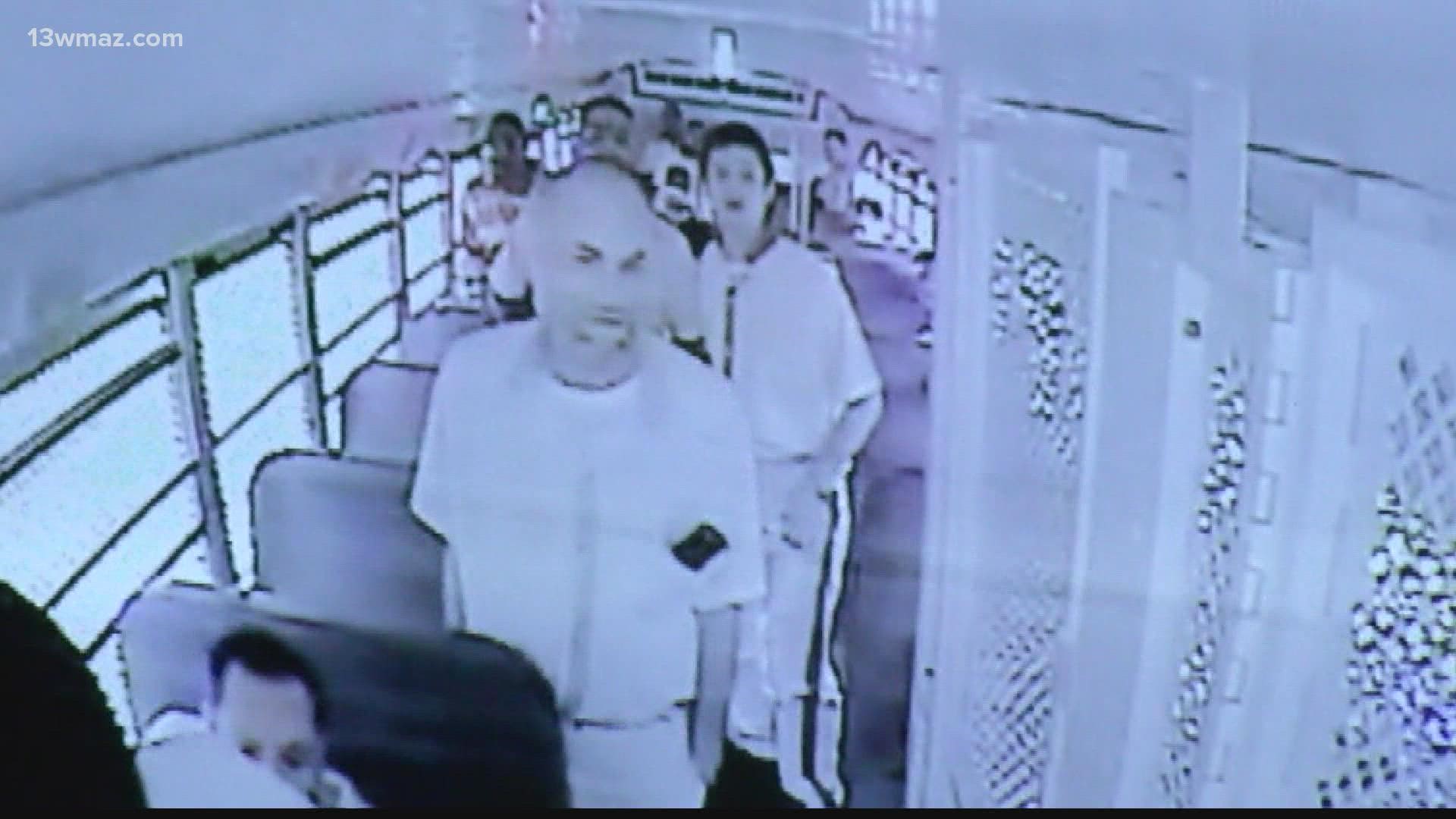 It was day two in the murder trial for Donnie Rowe.

He's one of two prison inmates accused of killing Curtis Billue and Christopher Monica aboard a prison bus in Putnam County.

Billy Ralston, a convicted child molester, was the 15th witness for the prosecution against Donnie Rowe, but he was the first to describe how Rowe and another inmate killed Billue and Monica.

Ralston said he was sitting three seats away from the cage on the prison bus that separated the 30+ inmates from the two guards.

Donnie Rowe was a couple seats away.

During the two-hour ride, he says he saw Rowe and Ricky Dubose use a pen to get out of their handcuffs, mess with the gate to the front of the bus, and talk about overpowering the guards.

"They were bending over talking each other like they were whispering. I did see Mr. Rowe take his belly chains and wrap them around his hands," Ralston said.

Then, Ralston says Rowe went through the gate while Monica was sleeping.

"Officer Monica was laid back like he was resting. Mr. Rowe went up to the gate, he startled Officer Monica, and he woke back up saying, 'Hey, what are you doing?' and at that time, Rowe beat him with chains that were around his wrists, knocked him down the stairs by the door. Mr. Dubose grabbed one of the pistol case, and finally got the gun out; and as Mr. Rowe was fighting Monica by the door, Mr. Dubose just unloaded a lot of rounds into Officer Monica," Ralston said.

Ralston said other prisoners on the bus didn't know what Rowe and Dubose had planned.

"We were all terrified. We didn't know what they had planned -- covered in blood from head to toes," Ralston said.

Then, he said, the two inmates escaped the bus.

Rowe then took a pistol box with him and followed.

"A lot of guys had already moved seats because they knew something bad was going to happen; and I actually tried to move back, too, but no more seats," Ralston said.

Defense Lawyer Frank Hogue questioned whether he was confident in his memory on something that happened four years ago.

Ralston also said prosecutors didn't promise him anything in exchange for testifying. He said he was there on his own, for his own reason.

Prior to Ralston's testimony, jurors watched a two-hour-long video taken from the bus on June 13, 2017.

In the video's second hour, jurors saw Rowe and Dubose get free from their shackles, walk about, open a gate to the front of the bus, and finally attack Billue and Monica.

FBI video specialist Kimberly Shupp introduced the video testifying about how she enhanced the images and sound to clarify what was happening on the bus.

The jury then watched a different video of the same two hours, shot from a different camera on the bus.

Shupp was the 14th witness in the case.

The charges against Rowe include malice murder, felony murder, escape, and carjacking.

He could face the death penalty.

The case is scheduled to continue Wednesday.