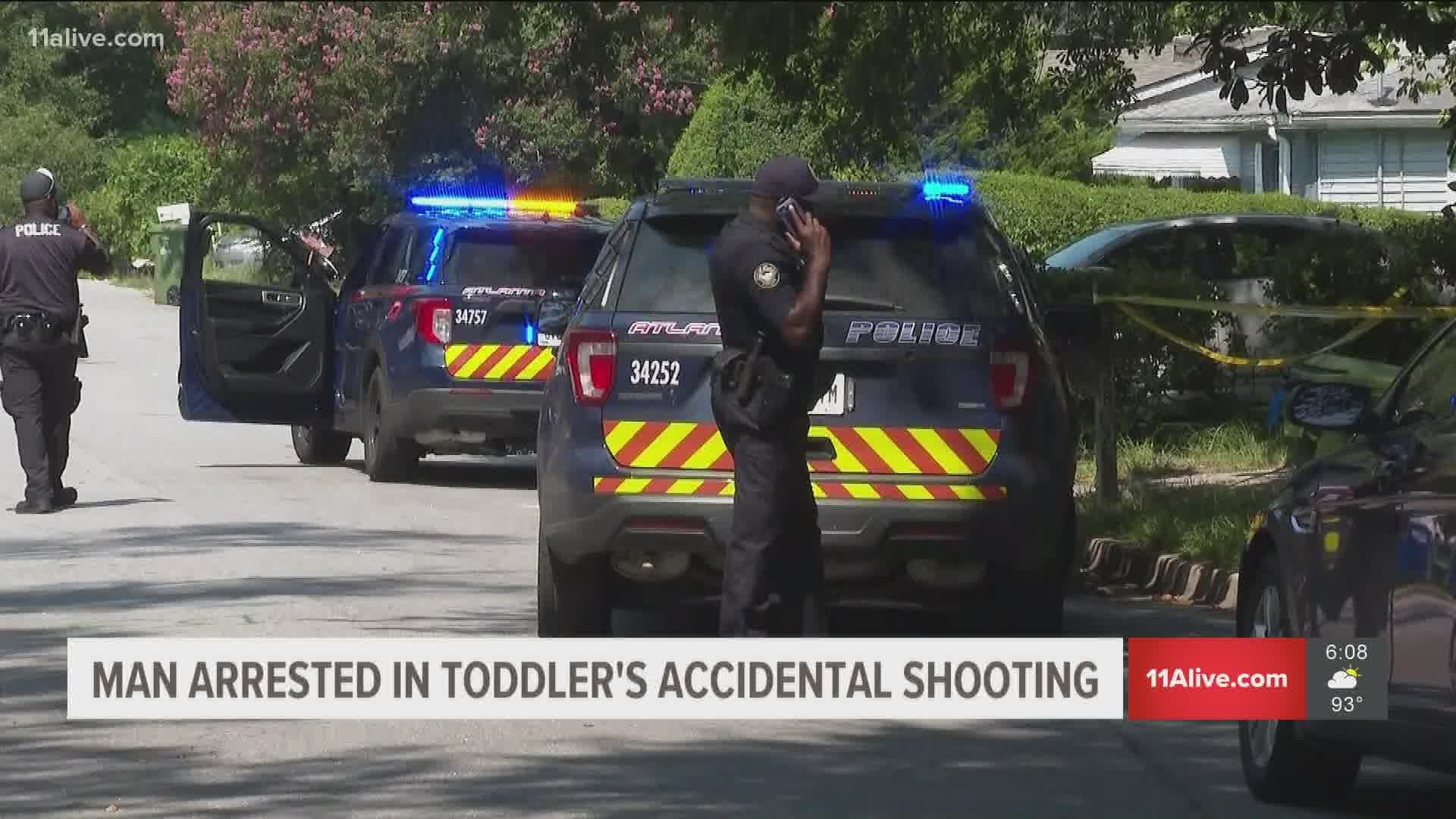 ATLANTA — A 31-year-old man is behind bars after they say a 2-year-old was critically injured Saturday morning in what appears to be a self-inflicted gunshot wound to the head.

Atlanta Police announced on Sunday that Dontavious Wells was arrested and charged with reckless conduct, theft by receiving a stolen firearm, possession of a firearm by a convicted felon, cruelty to children in the second degree and a previous outstanding battery charge (domestic violence).

"It appears the child was left unattended inside the home under the care of Mr. Wells when he got a hold of the firearm and accidentally discharged the weapon," Atlanta Police spokesman Anthony Grant said.

The incident happened at a location on Delray Drive, in the Lincoln Homes neighborhood in the upper northwest corner of the city.

Police originally told 11Alive News that multiple people had been detained, however now tell us there are no additional charges pending and the case has been closed by arrest.

Wells was transported to Fulton County Jail without incident.