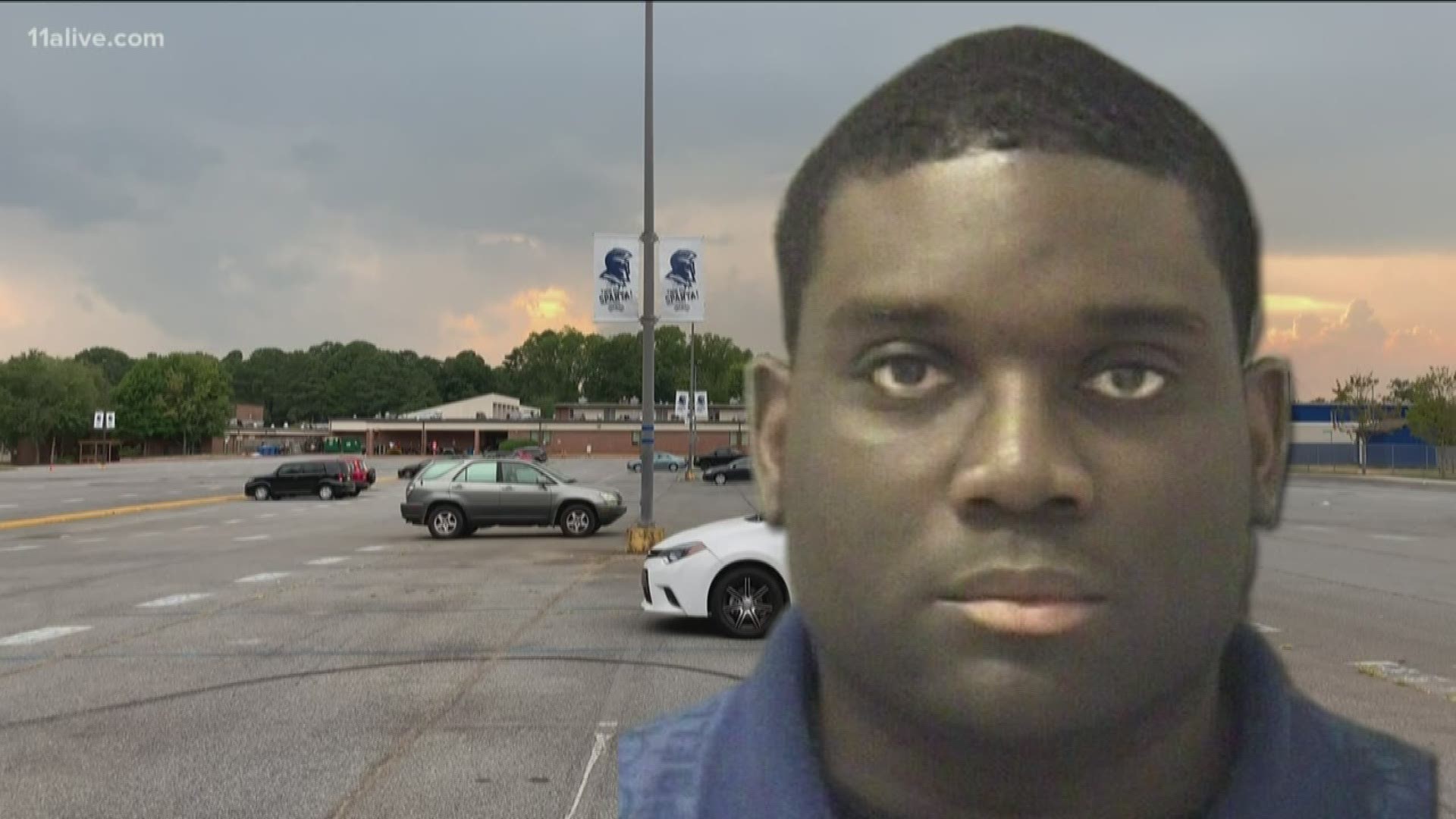 SMYRNA, Ga. — A Cobb County high school drama teacher accused of soliciting sodomy and making obscene telephone calls to a minor is now under investigation by another Georgia school system for similar inappropriate actions with a student.

According to new information 11Alive received Friday, Dominque Evans, who is now out of jail on $20,000 bond, is being investigated by authorities in Columbus after allegations of inappropriate actions that took place between the teacher and a student during the spring semester of the 2018-2019 school year.

Columbus Police Lt. Joyce Dent-Fitzpatrick said they are investigating Dominique Evans after receiving information from the Muscogee County School District regarding the allegations.

District spokesperson Jasmine Agyemang said Evans taught at Rainey-McCullers School of the Arts during the 2018-2019 school year. He resigned from the Muscogee school district on May 28, saying he planned to move away from the area.

Evans began working as a drama teacher at Campbell High School in Smyrna when the Cobb County 2019-2020 school year began on Aug. 1, 2019.

According to a release from the Muscogee County School District, school officials in Muscogee County said they were notified by a student of rumors alleging inappropriate contact between Evans and a student during the spring semester of the 2018-2019 school year.

The release said the allegations were immediately reported to the Muscogee County Division of Family and Children's Services and the Columbus Police Department.

On Friday, 11Alive's Joe Henke spoke with the mother of a current Campbell High School student, who asked not to be identified, about Evans and his alleged actions in Muscogee County.

"I'm not surprised," she said. "I’m happy that Campbell High School really addressed this situation right away and removed him from the school. But people that engage in this type of behavior, they don’t just change and I think this confirms the truth to the story and what the child reported."

Evans was arrested by Cobb County Police on Sept. 10. Their investigation began after the school received a complaint from a concerned adult regarding alleged inappropriate behavior by Evans with a student.

The parent that Henke spoke with said her initial question was whether or not he had been previously employed with Cobb County or if he had come from elsewhere.

“I think that was my initial question, was he a previous Cobb County employee that just transferred to a high school to assume a new position or was he running from another situation that hadn’t become public?” she said.

Upon learning of the Muscogee County situation, and when it came to light, she said she was certainly not upset with Campbell High or Cobb County officials and their handling of the situation.

“Definitely not faulting the school or the county on the hiring practices," she said. "Obviously, if he hasn’t been caught before and not arrested or prosecuted it wouldn’t have come up on a background check, but again once they identified the issue there they acted very quickly in getting this individual out of the school and notifying the proper law enforcement agencies.”

Smyrna Police Sgt. Louis Defense said Friday that their investigation of the matter remains open and underway, but said he could not share any additional details due to the open nature of the case.

'Please get off the bus!': Video shows man allegedly boarding school bus, trying to take control of it

Bahamian girl in custody released to mother in Florida