Monica Elizabeth Manire, 32, is being held at the Gwinnett County Jail. 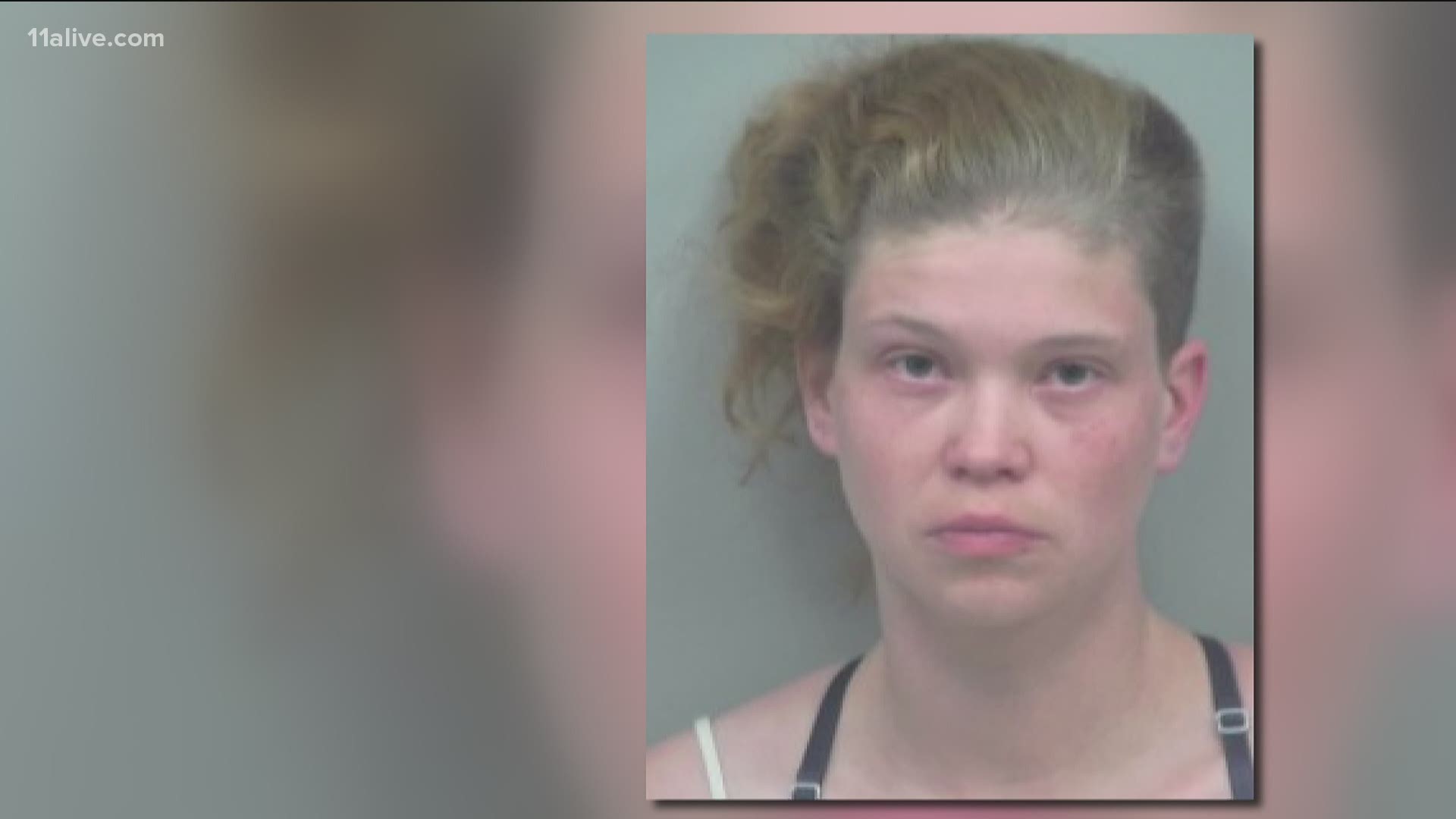 GWINNETT COUNTY, Ga. — The driver of an overturned van in a Gwinnett County crash on Saturday that killed six people has been charged and also has an outstanding warrant in another county, according to authorities.

Gwinnett County Jail records show that 32-year-old Monica Elizabeth Manire has been charged with six counts of first degree vehicular homicide and four counts of serious injury by a vehicle.

There is also a "hold" on Manire's record out of Houston County, 11Alive's Joe Henke reports. The hold means she was already wanted by authorities in Houston County at the time of the crash.

Manire's charges in Gwinnett County are connected to the addiction recovery van that police say she was driving Saturday night before it rolled over and caught fire.

RELATED: Driver of van that crashed in Gwinnett County, killing 6, charged with homicide by vehicle

In addition to the vehicular homicide and serious injury charges, Manire has also been charged with reckless driving and improper lane change, according to Gwinnett Police.

"It appears that the van obviously couldn't handle the overcompensation of the heavy turn," said Corporal Collin Flynn of the Gwinnett County Police Department.

Flynn said GCPD investigators have interviewed survivors and witnesses of the crash and now believe that Manire made a "reckless" last second lane change from I-85 to I-985 on Saturday night and then the van flipped with 16 total people inside.

"We are going to look into whether or not the van was overloaded, either at capacity for people or capacity for weight," Flynn said.

On Wednesday, authorities released the names of the six women killed in the crash. They are Alishia Carroll, 34, of Columbus; Kristie Whitfield, 44, of Mount Airy; Ashleigh Paris, 26, of Kennesaw; Tina Rice, 53, of Atlanta; Normisha Monroe, 38, of Norcross; and Rose Patrick, 34, of Ellabell.

The charred van is now parked behind the Gwinnett County Police Department as evidence. Th van is owned by We Are Living Proof, a sober group facility, according to police reports.

Investigators are looking into Manire's role with the facility and whether she was a resident or employee.

"They want to contact the company and get a better statement from them to get the exact verbiage on what exactly happened on whether she was an employee or resident."

Investigators are also examining the van to possibly determine if there were any issues with the vehicle prior to the crash.

"They're going to identify anything that may be considered a hazard or a contributing factor to this crash and if there are they may look at charging more people," Flynn said.

Meanwhile, court records from Houston County show Manire failed to appear for an arraignment hearing on a minor drug and traffic charge in December and then again in February. Days later, an arrest warrant was issued and her bond in Houston County was revoked.

Houston County Sheriff's Office told 11Alive that Manire hasn't been booked into its jail this year, meaning that the warrant would still be active for her arrest.

11Alive contacted "We Are Living Proof" and talked with an executive of the facility Thursday. The executive said the facility and its staff aren't commenting on or answering any questions about the crash or Manire's role at this time, out of respect for the victims.

Earlier this week, the facility released the following statement: "We are deeply saddened by the lives lost in Saturday evening's tragic accident. We ask that you join us in prayer for the families and loved ones of the ladies we lost as well as the survivors."

Manire is scheduled to make her first court appearance in Gwinnett County at 8 a.m. on Friday.