Several state, local and federal agencies teamed up to take a large drug sweep that ended with seven arrests. 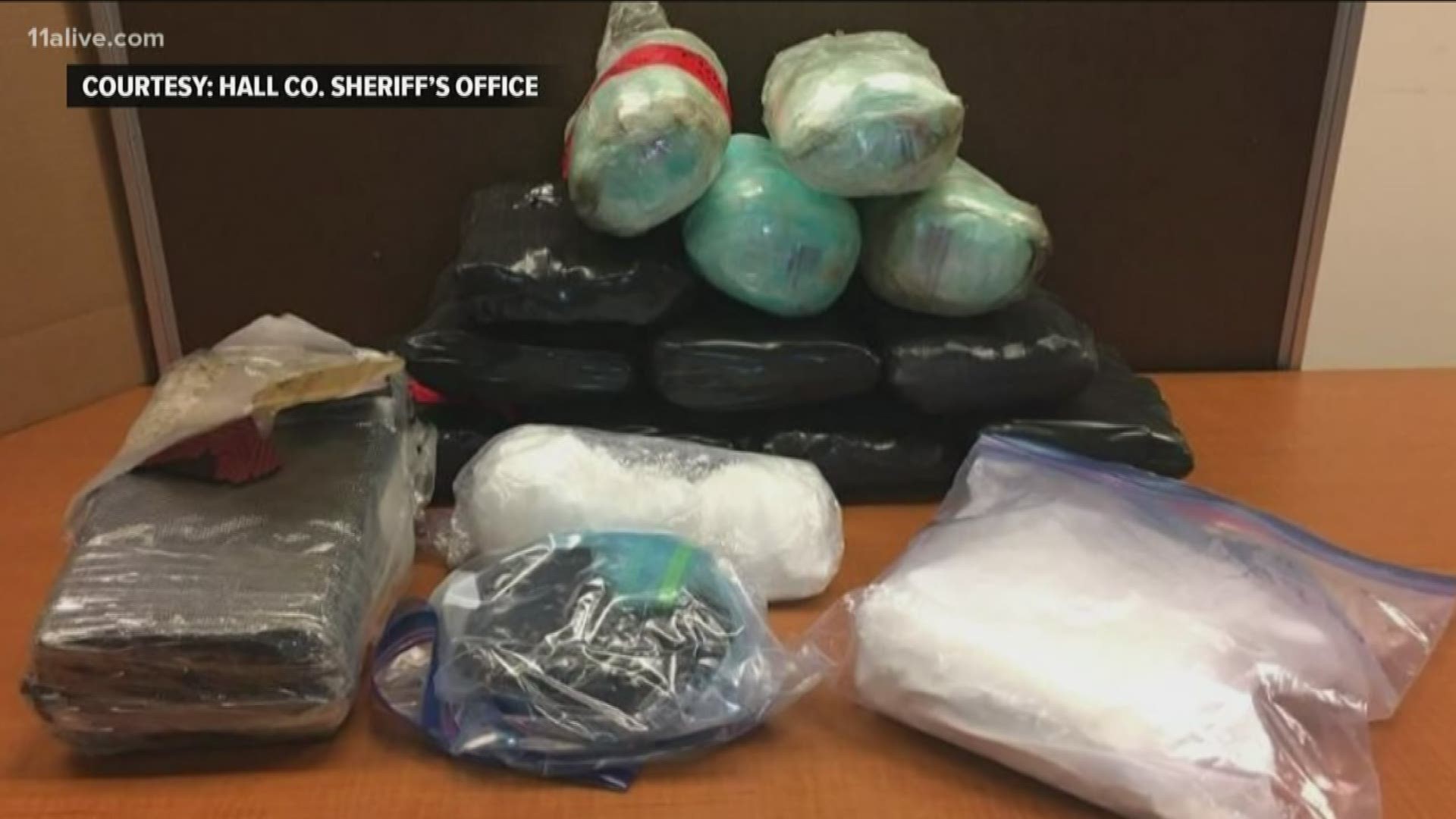 The overall street value of the drugs - which included meth, heroin, cocaine and pot - was estimated at more than $1.83 million.  A majority of the drugs seized were methamphetamine which accounted for 15 kilograms - or about 33 pounds - of the drugs state and local agencies found across five residences.

The bust also uncovered half a kilogram of black tar heroin, over one kilogram of cocaine and over two pounds of marijuana along with 200 sildenafil pills.  Aside from the drugs themselves, authorities also seized $21,500 in cash along with 14 handguns, five rifles, and a shotgun.

The seizures and arrests were the culmination of a months-long investigation that involved several agencies from local narcotics squads and the Hall County Sheriff's Office., to the FBI, U.S. Marshals and the Department of Homeland Security.

“Friday’s operation resulted in arrests and seizures that will make news, but it’s the weeks of tedious and difficult investigation that made those possible,” Hall County Sheriff Gerald Couch said.

“While we spotlight this significant case, the MANS Task Force and other law enforcement partners are always on the mission to make our community safer, and I thank them for their ongoing service,” Sheriff Couch said.