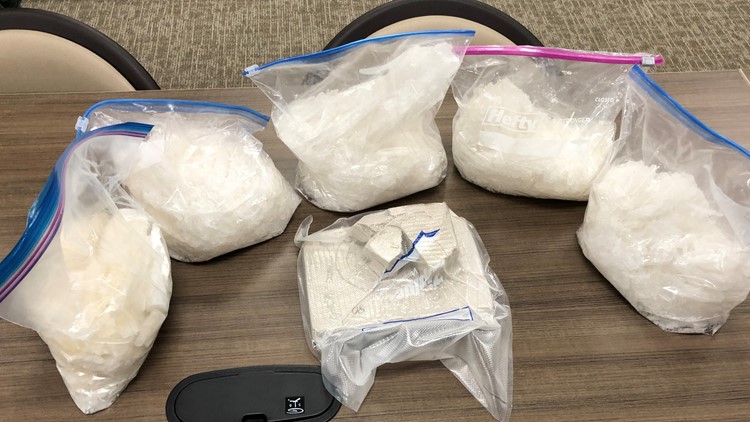 Photo by: Georgia Bureau of Investigation

Five kilos of meth, one kilo of heroin seized in Newnan drug bust

NEWNAN, Ga. — The Georgia Bureau of Investigation announced four arrests in a drug bust this week, in a case seizing six kilograms of narcotics.

The GBI said five kilograms of methamphetamine and a kilogram of heroin were seized in the bust on Monday, resulting in four arrests.

According to the GBI, 32-year Sergio Juarez, 26-year-old Ceirra Harrison, 36-year-old Pedro Guzman and 37-year-old Paula Garcia, all of Gwinnett County, were arrested.

All four are charged with trafficking methamphetamine and heroin.

The GBI described the arrests as "part of an ongoing state-wide drug distribution investigation."