Investigators said the warehouse was located on Selig Drive. 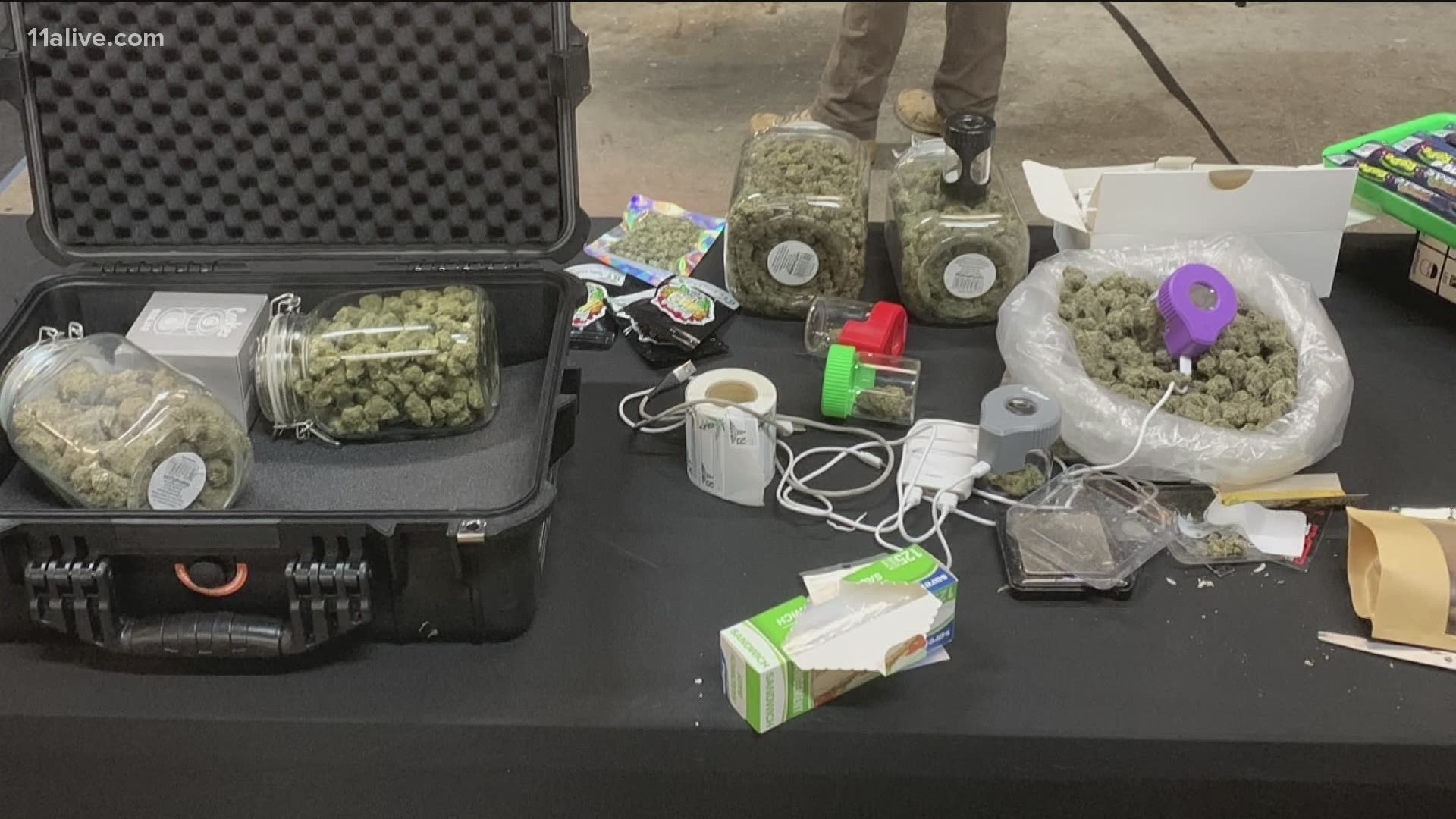 Investigators said the warehouse was located on Selig Drive and that the search warrant was one of three executed - two with Atlanta addresses and one in Marietta.

Gary Leftwich, a spokesperson for South Fulton, said investigators worked through the night to process evidence. In all, 1,000 pounds of marijuana and edibles were recovered. He added that while the investigation has been underway for about three months, they believe the warehouse and associated locations had been in operation for roughly three years.

According to the initial reports, 62 people were detained in connection to the operation. A "known wanted" armed robbery suspect was also arrested at the warehouse.

In the latest update, South Fulton further detailed initial charges but didn't specify how the case tied into street-racing activity - though 10 cars were impounded.

So far, the department has obtained 33 arrest warrants but expects more to follow.  Already, 30 people have been sent to jail on charges of trafficking marijuana. Another 31 people were charged with criminal trespassing, received copies of the charges, and were released. The latest statement also added that 13 guns were recovered. One was reported as stolen out of Dallas, Georgia.