Jonathan Davis Laurens, 38, of Duluth, was arrested and faces several charges including disorderly conduct in a Capitol building. 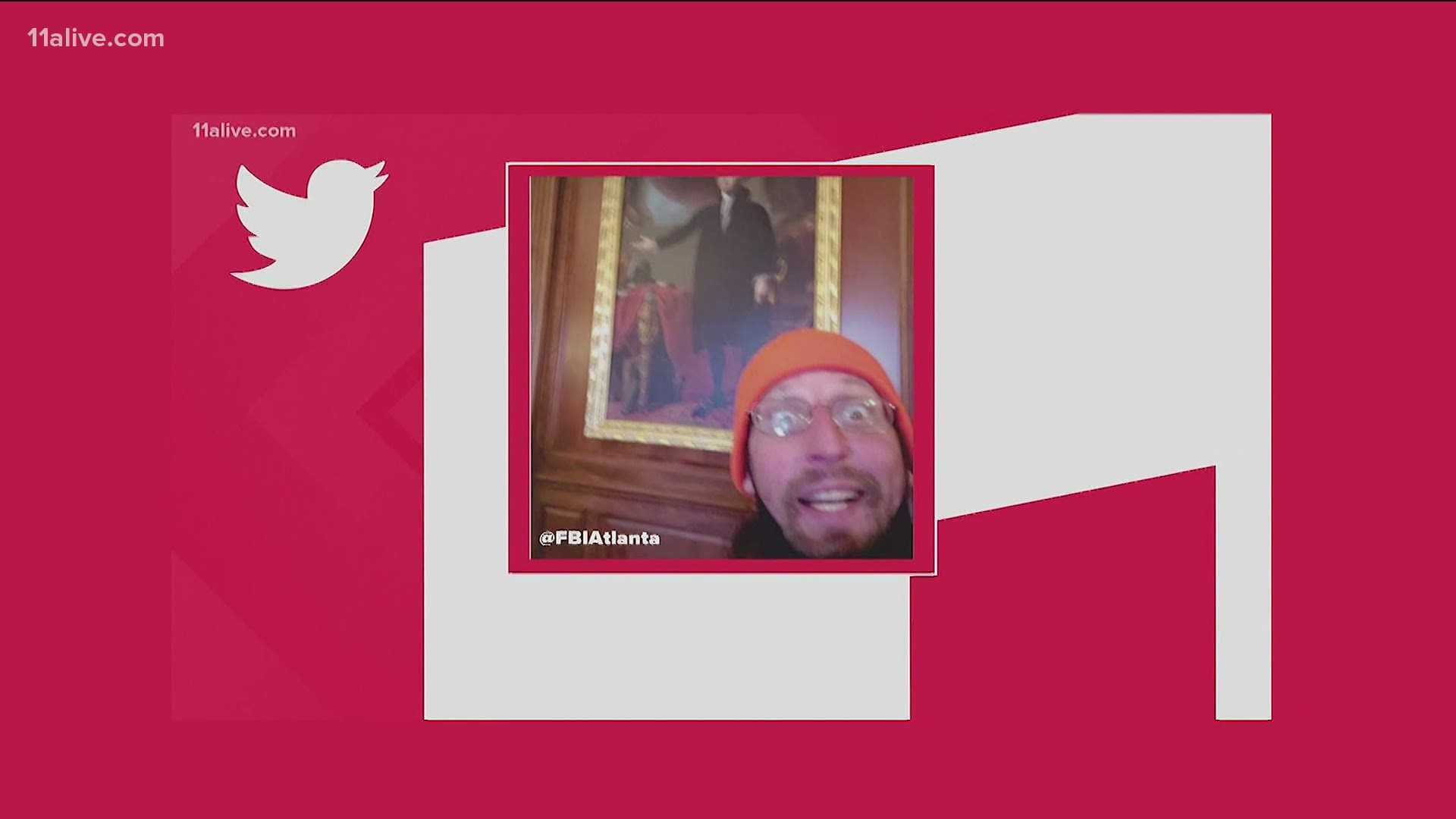 WASHINGTON — A Duluth man has been arrested for his involvement in the Jan. 6 ransacking of the U.S. Capitol by a pro-Trump mob, at least the 15th person from the state charged in connection to the riots.

On Thursday, FBI Atlanta announced 38-year-old Jonathan Davis Laurens, of Duluth, was arrested. He is facing several charges including disorderly conduct in a capitol building and parading, demonstrating, or picketing in a Capitol building.

Jonathan Davis Laurens, 38, of Duluth, GA was arrested by #FBI Atlanta on charges relating to criminal acts at the U.S. Capitol on January 6, 2021. Documents available at DOJ https://t.co/TB9hPWGmxd pic.twitter.com/g38iY13bT4

Back in April, the FBI found postings on Laurens’ Facebook page citing that he was in the Capitol at the time of the insurrection. Photos taken by him were also obtained during the investigation.

“We got into the Capitol (sic), walked around, chanted some slogans and stuff. A few bad apples were trying to break windows and kick on doors, but most of us put that sh*t to bed real fast. We weren’t there to tear sh*t up, just disrupt the system. All in all, I had fun! Lol,” Laurens wrote.

A statement released by the FBI states Laurens appeared in national news coverage, which appeared to be captured on mobile devices of people inside at the time of the incident.

Laurens is the latest Georgian arrested in connected to the riots.

It follows the announcement in June of the arrest of an Alpharetta man, Kevin Creek, who was allegedly caught kicking an officer, and a 20-year-old and 21-year-old from the Athens area, Nolan Kidd, 21, and Savanah McDonald, 20, who were inside the Capitol among a group that included one of the most infamous participants in the riots, the so-called "QAnon Shaman," Jake Angeli, who was shirtless and wearing a horned helmet while inside the Capitol.

Before that, Verden Nalley of Buford was arrested in February. Other arrests include 18-year-old from Bruno Cua of Milton and 23-year-old Ben Torre of Dawsonville.