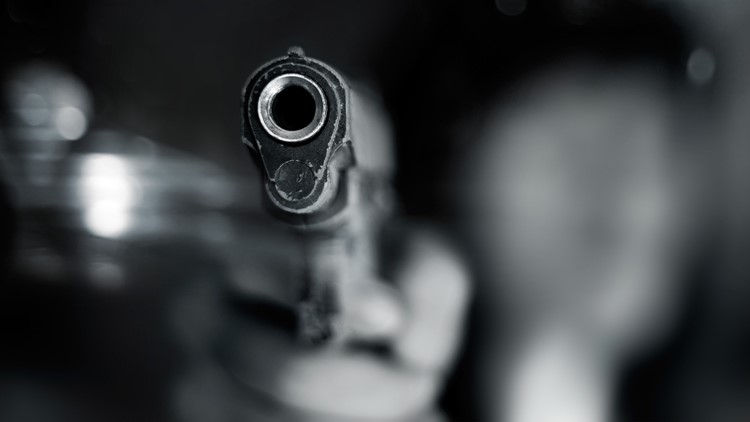 A gun to the back of her head: Dunwoody mother no longer feels safe after violent robbery at home

An attack from behind and a gunman demanding cash left a young Dunwoody mom on her doorstep afraid Tuesday.

Fortunately, she survived, but the scary encounter has left the victim shaken.

“Out of nowhere, I just feel the guy coming up from behind,” she said.

The young mother demonstrated how she was walking up to the door of her apartment. She then knocked and waited for her family to answer. She had forgotten her key.

It was then when she said a man pressed a gun into her head, demanding cash.

He told her to turn around.

She gave him all the money in her wallet.

“And then, when I told him that’s all I had, he put the gun to my face right by my mouth. He said, ‘Do you think I’m f-ing playing with you?’ He cussed,” she said.

She said that he hit her in the head when she told him she didn’t have more money.

She said that in the five years she’s lived at Peachtree Place North Apartments at Peachtree Industrial Boulevard and Winters Chapel in Dunwoody, she’s never heard of any armed robberies or any other violent crimes, there.

Her mother came to the door to let her in. The victim said the gunman held the gun to mother's chest and tried to force his way inside. The two women struggled to push him away. He even dented the door in the struggle – but ultimately ran away.

She and others who live there complained of car break-ins but not violent crimes. A look at CrimeMapping.com shows that, in the past six months within a mile of the apartment complex, there have been reports of two robberies and four aggravated assaults. Most of the rest of the crimes have been car break-ins.

“No one wants to be assaulted in their own home where they should feel safe,” Garrocho said. “I hope they catch the guy.”

The woman did not get a good look at her attacker and could give police only a vague description of him.

And, as the search continues for the person responsible, she admitted she no longer feels safe in her own home.

Squirrel damage over Christmas vacation shocks family when they return