The incident happened on Sunday. 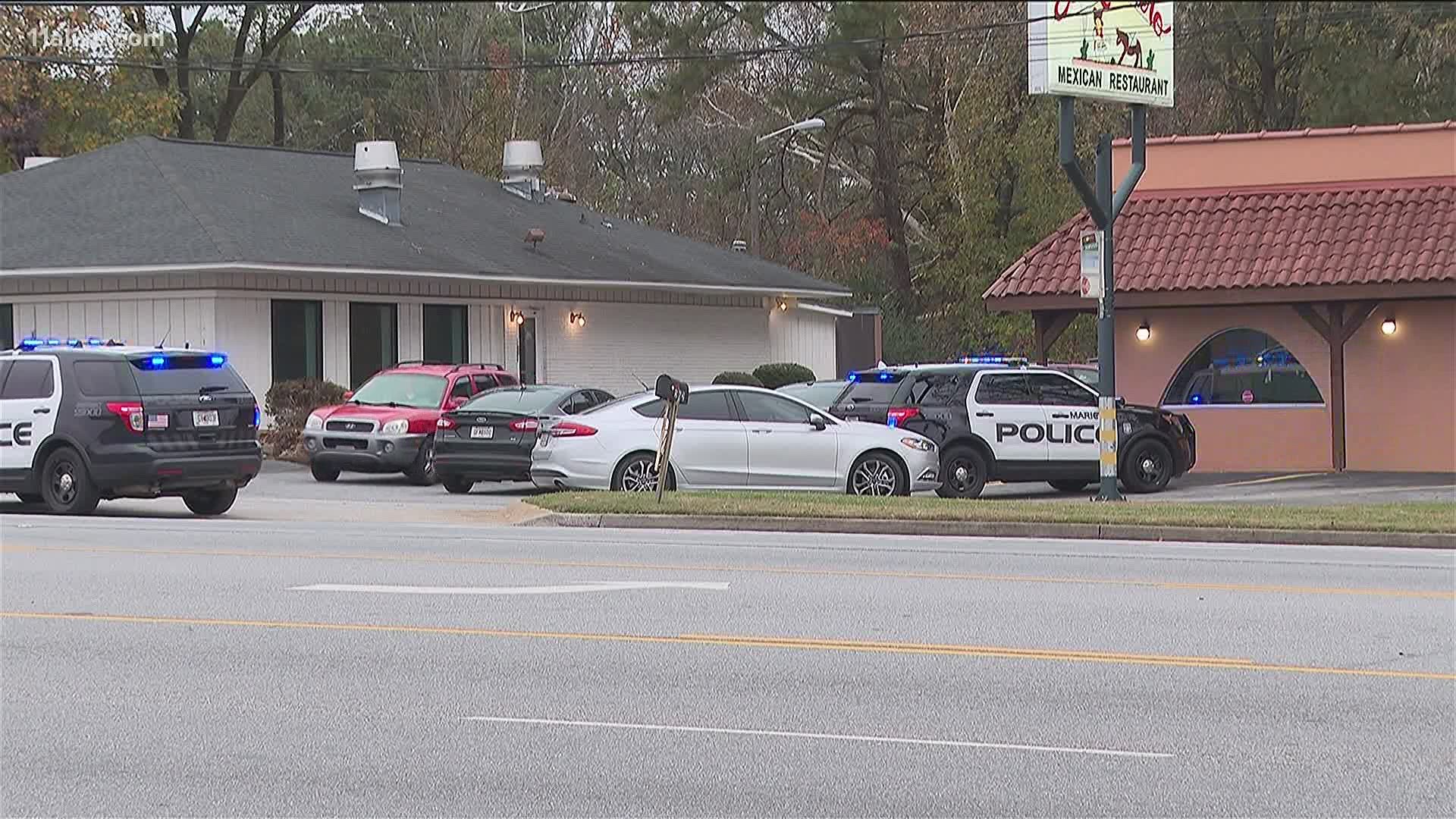 MARIETTA, Ga. — The shocked 911 calls of people at a restaurant in Marietta where a woman was shot and killed on Sunday have been released, in an incident that had shut down the campuses of Kennesaw State and Life University nearby.

According to police, a man fired his gun inside the restaurant, striking and killing a woman, then ran from the scene.

Marietta Police officers arrived within approximately one minute, they said, and found a female victim, identified as 43-year-old Janice Ross with a gunshot wound to her neck. She died on the scene.

Police are still unsure of the relationship between the suspect, now identified as Jose Lemus-Maldonado, 50, of Duluth, and Ross.

The 911 calls came from a man and woman who were at the restaurant. The first comes from the woman, who was clearly in distress - asked for her name, she struggles to stay focused on the call with the 911 dispatcher and never gives it.

She can be heard saying "they were arguing" and confirms the woman was shot. The woman tells the dispatcher that "she's sitting in the booth in the restaurant" before apparently being told it appeared the woman was dead.

"She's deceased," she tells the dispatcher, who asks her if she's sure. "I believe so."

In the other call, a man tells the dispatcher "she's very bad right now" at one point.

The incident set off the Kennesaw State alert system when the man fled the restaurant on foot and Marietta Police notified the school of the nearby shooting, according to authorities.

"Suspect has been apprehended and there is no threat to either KSU campus. Please resume normal operations," KSU said on Twitter about an hour after the incident.