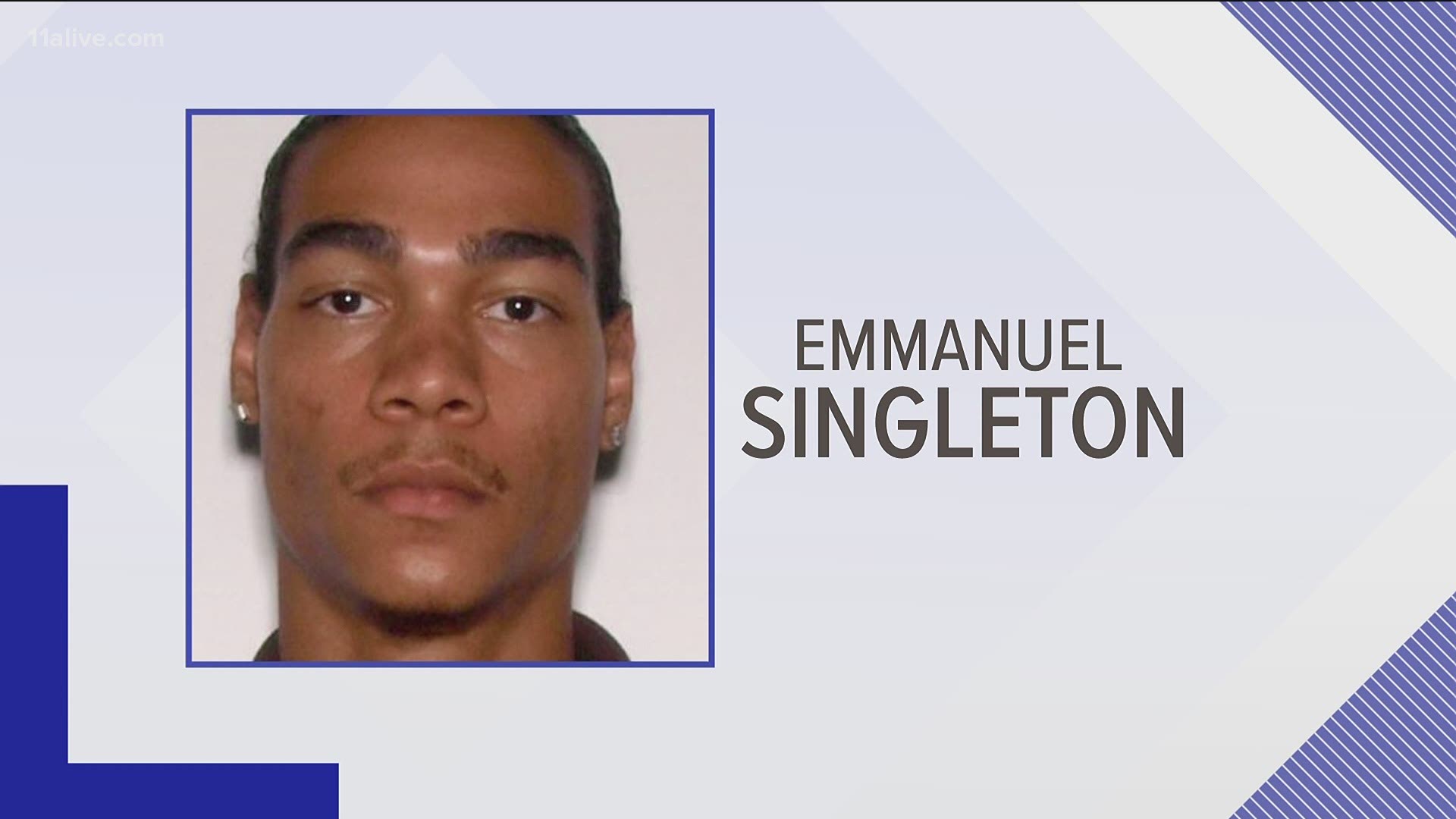 CLARKSTON, Ga. — Roughly a day after he allegedly stabbed a woman and abducted a six-month-old baby, police say 26-year-old Emmanuel Elijah Singleton is in custody.

According to the DeKalb County Sheriff's Office, Singleton was captured on Friday after he was found in a stolen vehicle in Lithonia. Authorities said he tried to escape but was soon caught by deputies and U.S. Marshals.

He has since been taken to an area hospital for treatment of wounds the sheriff's office described as "self-inflicted."

On Thursday, Singleton was at the center of an Amber Alert after he allegedly stabbed his ex-girlfriend several times and then took their child, 6-month-old Noah Singleton, before escaping. While the warrant said the suspect is the child's father, he did not have permission to take the child.

Noah was later found around 9:30 p.m. on Thursday after being dropped off at a relative's home in Conyers. Meanwhile, the child's mother was taken to an area hospital for treatment of stab wounds to her face, back, shoulder and neck, authorities said.

Emmanuel Singleton will be taken to the DeKalb County Jail after he is released from the hospital where he currently faces charges of aggravated assault, kidnapping, and motor vehicle theft. He also faces charges for the attempted removal of a weapon from a public official and obstruction of officers.