Police believe it started when a man in his 50s approached a group of men standing in front of the gas station and opened fire at them. 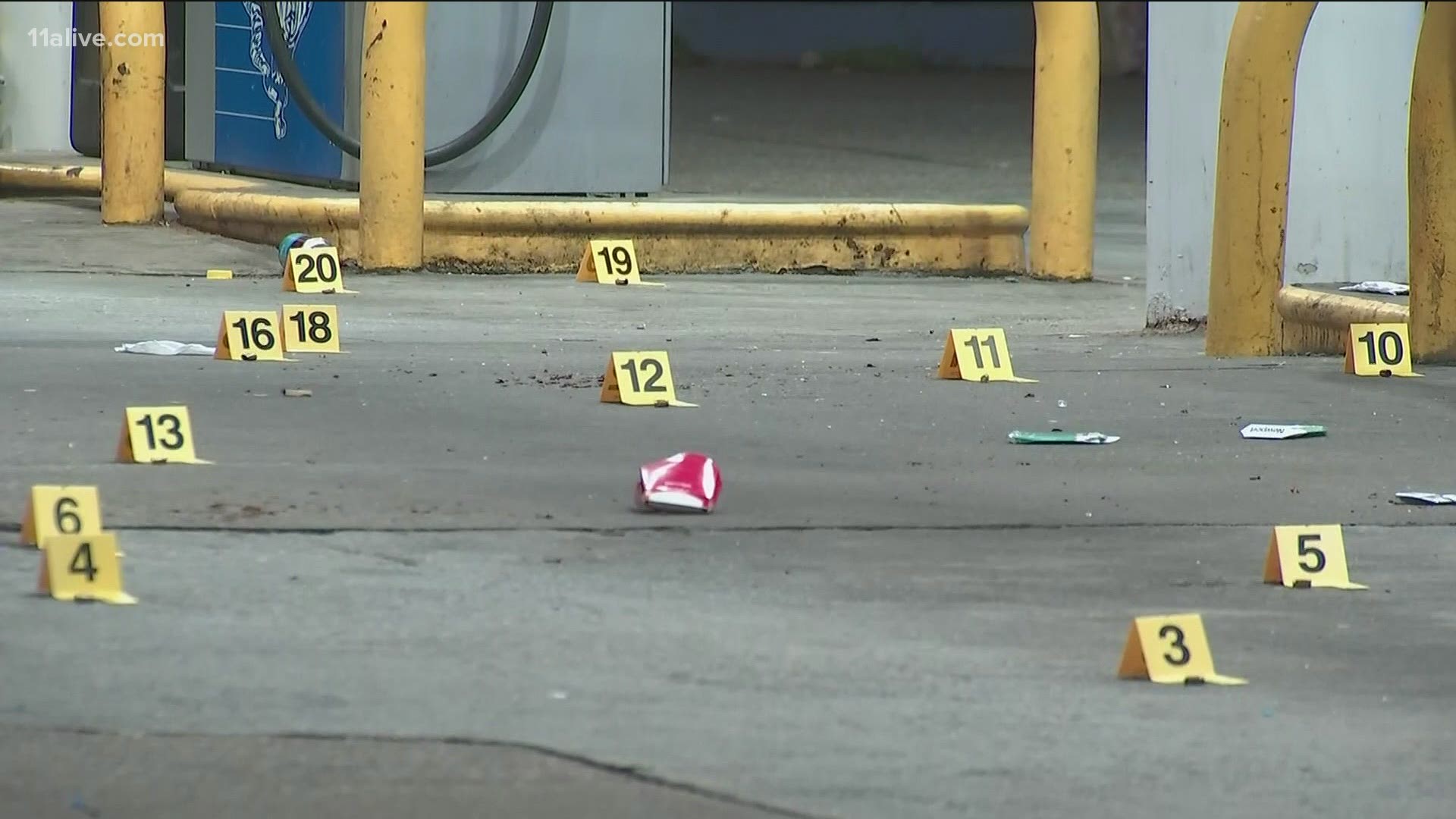 DEKALB COUNTY, Ga. — Police are working to determine what led a man to shoot at a group of people at a DeKalb County gas station that ultimately left one man dead, the original shooter dead and two others injured.

It happened around 10:40 p.m. Tuesday when a group of men were in front of the Exxon gas station off Glenwood Road in Decatur.

They say two men in the group returned fire and killed Hickman.

Police said at least 50 rounds were fired. Two other innocent bystanders were shot and are suffering non-life-threatening injuries, they said.

Police are reviewing surveillance video to try and determine a motive. They have since said that they do not believe this was a random incident.