On Sunday, they came together for a demonstration in downtown Atlanta calling for city leaders to take action. 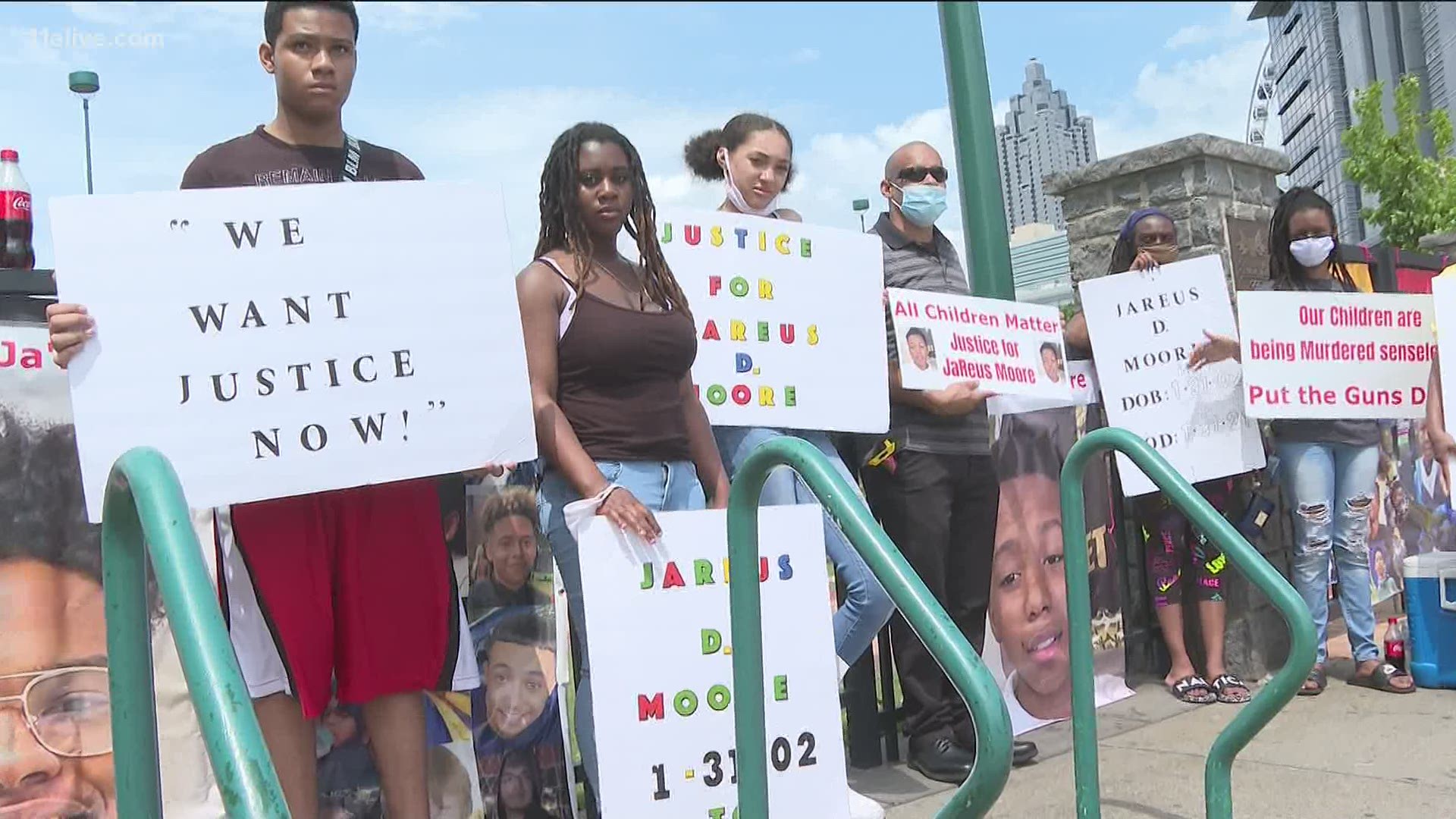 ATLANTA — Families of children who have been killed in metro Atlanta are fed up.

On Sunday, they came together for a demonstration in downtown Atlanta calling for city leaders to take action.

Georgette Morton and others like her came together to get their message out.

“The parents are frustrated that their children are getting killed,” she said.

The group got together following a violent weekend in Atlanta.

In a separate shooting in southwest Atlanta Saturday, a bullet grazed a child.

In 2021 so far, at least three people under the age of 18 have died from gun violence, including 12-year-old David Mack. Several children have also been injured.

Jesus Zavala’s family said they had to come and say something.

“We know that it’s not only us suffering this pain. There are other families here to support our family as well,” said Zavala.

His 12-year-old brother, Brayan Zavala, was murdered in front of his family in Clayton County last October.

They were outside in the front yard working when someone drove by and opened fire. Still, no arrests have been made.

“We’re all devastated and shocked and heartbroken. We want this gun violence to stop and for children to stop being killed,” said Zavala.

Also feeling their frustration is Atlanta Councilwoman Felicia Moore. In a statement to 11Alive, she questions where the action is on previously proposed plans to address gun violence.

APD numbers show as of April 24, there have been 208 shooting incidents in the city so far this year.