Family grateful for new street racing bill: 'So many people have lost their lives'

'Think about if it was one of the people that you love the most. You would want change too.' 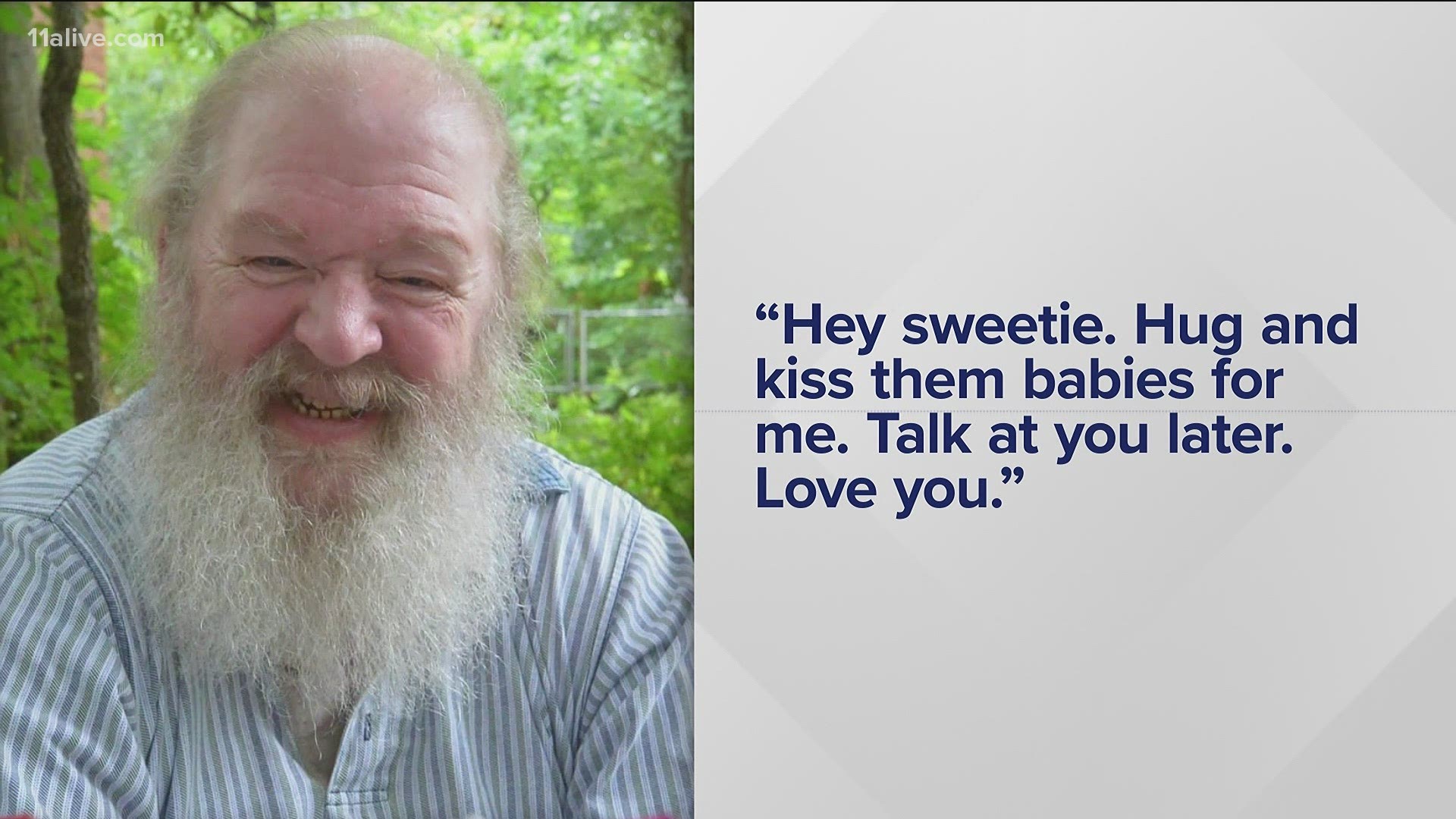 ATLANTA — Hannah Stubbs listens to saved voicemails of her grandfather, who she called Papa, any time she wants to hear his voice. It's a way for her to keep him close after he died unexpectedly, a little over a year ago.

"He simply went to get dinner and he was making a lawful left turn and was hit by street racers that were racing with their lights off going 100 miles per hour," said Stubbs.

She said the impact of the crash was so forceful, his car flipped multiple times. His chest ruptured and his spine broke. Paramedics on the scene revived him, but he died within an hour of arriving at Grady Hospital.

"My daughter asks why can’t I call papa. Why can’t I go see papa? It’s hard to explain to a toddler that he’s gone," said Stubbs with a tear rolling down her cheek.

One of the drivers was arrested, the other is still on the loose.

On Monday, Governor Brian Kemp signed House Bill 534, making it illegal to participate in any part of street racing or laying drag. Under the new law, violators could face jail time, fines, and a driver’s license suspension.

For Stubbs, it’s been a long time coming.

Drag racing has become a major nuisance for metro Atlanta residents for at least the last year.

Between April 30 and May 2 -  Atlanta Police said its street racing detail made 129 traffic stops, issued 184 citations, made six arrests, and impounded 12 cars.

Stubbs just hopes the new law will make these drivers think twice before racing down the street.

"Think about if it was one of the people that you love the most. You would want change too," said Stubbs.

11Alive also reached to street racing advocates about the new bill – they declined to comment.