“This case has nothing to do with bacon. Reducing it to bacon is inflammatory and offensive,” said attorney Sarah Flack. 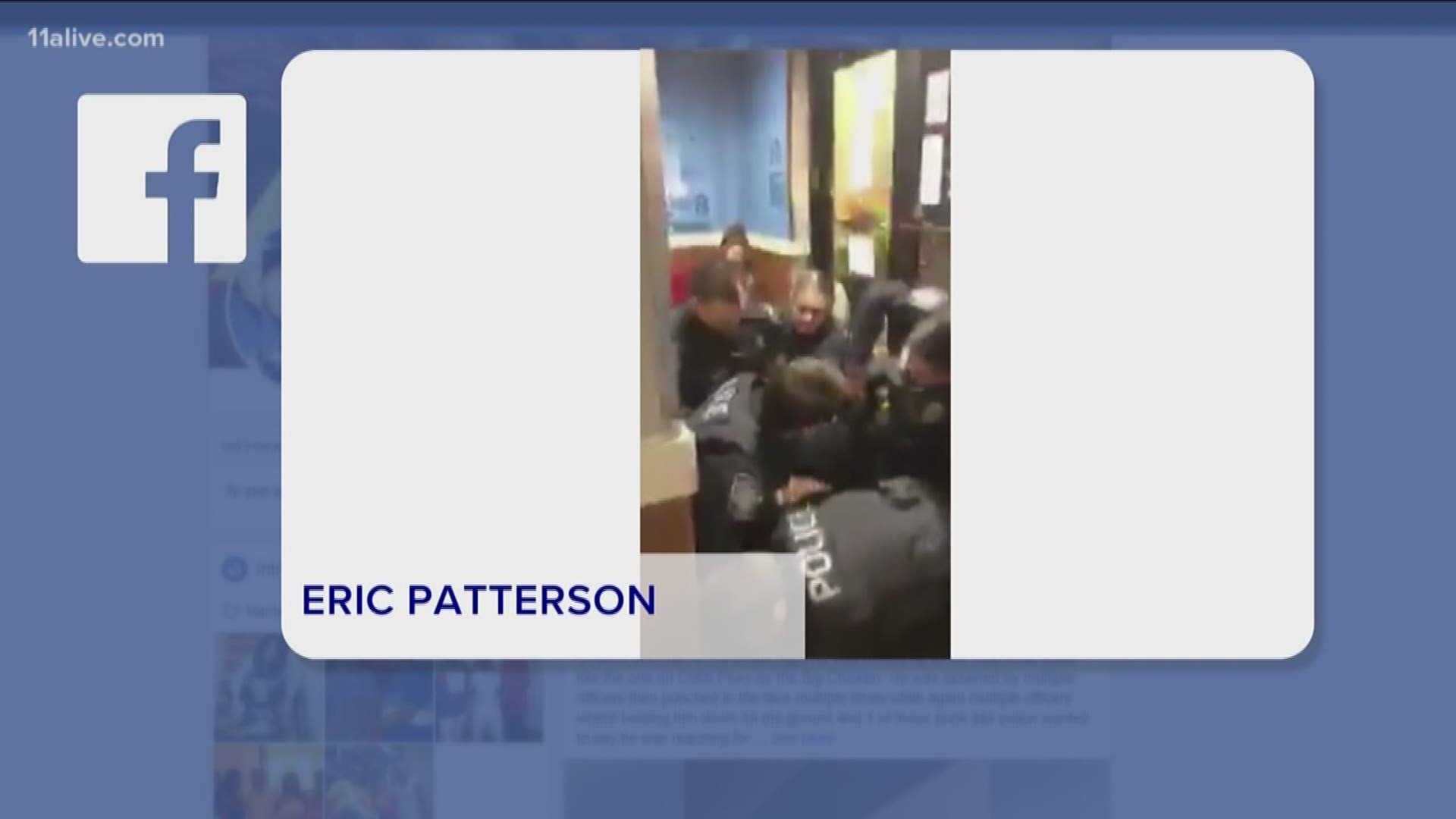 MARIETTA, Ga. — A man behind bars in Cobb County is not the person he has been portrayed to be, said his family and friends. 39-year-old Renardo Lewis, who was arrested at an IHOP restaurant in Marietta, is charged with making terroristic threats after Marietta Police said he became agitated that the restaurant was out of bacon.

His defense attorney, Sarah Flack, said in a press conference Tuesday that the report from police is false.

“Marietta Police said it’s about bacon. This case has nothing to do with bacon,” Flack said. “Reducing it to bacon is inflammatory, discriminatory and offensive.”

Flack said that Lewis was tased, punched and kicked by up to six Marietta police officers who responded to the restaurant over reports that the man “made threats,” including “gesturing like he had a gun.”

Lewis’ wife, Lubreeze Franklin Lewis, said they were at the IHOP ordering food for takeout when her husband asked about an omelette. Lewis claimed the IHOP restaurant manager was hostile toward them and refused to give them his number or the corporate number to complain – Lewis also claimed he gave them a fake name.

“We are customers and we are business owners as well … My husband is a chef,” Lewis said. “He doesn’t even eat pork.” According to Lewis, her husband is the owner of RCs Southern Cooking in Marietta and she has been a Cobb County business owner for 15 years.

A customer who was dining at the restaurant at the same time shot the video of Lewis’ arrest. She said that the manager “probably confused our table.”

Lizz Toledo said she was eating with her family after attending a concert and the manager was rude to her husband.

“My husband is African-American and the manager had been rude to our table … in a prominently white establishment,” Toledo said Wednesday. “He ordered an omelette with bacon and the bacon was thrown on top, not cooked into the omelette. We asked why and (the manager) said, ‘all cooks are different.’ So he might have had the tables confused when he was talking about bacon.”

According to Flack and Lewis’ wife, two Marietta officers – a male and female – responded to the restaurant. They said the male officer started screaming at Lewis, pulled him aside and “slammed him against a wall.” They said he also was slammed against a glass table.

Watch the video: Warning continues language and images some may find offensive.

“He was not resisting arrest, not threatening anybody,” Toledo said. “At that point, they tased him and started punching his face. His hands were already behind his back.”

Toledo said she is an activist and started filming the incident after she realized the man was getting in trouble.

This is how police described it:

"While the video may seem shocking to some, we are very proud that all officers used only the force necessary to place Mr. Lewis in handcuffs. Multiple officers wrestled with Lewis for roughly ninety seconds. During that struggle, Lewis grabbed Officer Fowler by the neck, briefly attempting to strangle her. At that time, Officer Mallin warned and then deployed his taser.

The Officers get Mr. Lewis on the ground but he is still actively resisting their orders. From what we see in the video circulating, Officer Mallin used a series of short-strike punches to Mr. Lewis in order to get him to surrender his hands and be placed in handcuffs. The moment Mr. Lewis was placed in handcuffs all physical struggle stopped."

Lewis held up a photo with her husband from their wedding day nine years ago. The couple has been together 19 years, she said. Standing with his four children behind her, along with his mother and other family, she said her husband has been wrongly portrayed by police and the media.

Credit: WXIA
Lubreeze Franklin Lewis stands with her husband's attorney and family to state that her husband never threatened anyone when he was arrested at an IHOP in Marietta.

“My husband is a great guy,” she said.  “He’s a father, a grandfather … used to be a coach. He’s always tried to do the right thing. The way he has been portrayed is opposite of who he is as a man.”

“Marietta Police characterized this as a “wrestling match” – nothing that happened to my client was a wrestling match,” Flake said. “It was a mob-style attack of five officers on one man. He never resisted. And now he has to sit in Cobb County Jail for almost a month.”

Lewis was taken to the hospital for evaluation before being booked on several charges including public drunkenness, obstruction, hindering an investigation, and aggravated assault on an officer. As of Monday, he was being held without bond.

Lewis’ wife said she feared for his life.

Flake said she has asked the Cobb County District Attorney’s office to drop all charges against Lewis and for the GBI to investigate Marietta Police use of force. They would also like an apology from IHOP, but Flake said the first priority is to get him out of jail.

On Monday, Marietta Police officer Chuck McPhilamy said they are continuing to investigate the terroristic threat charges, but stood by the actions of the responding officers.

"It isn't pretty, but we are proud of the fact that the officers - if you look at it again and consider - the officers used restraint and only used the force required to eventually get a suspect who we were told made threats to kill everyone in a building," McPhilamy said. "We didn't know if he had a gun."

The department has launched an internal investigation to ensure “all actions were appropriate and within policy guidelines.”