Shukri Ali Said was in a psychotic state when she was shot and killed by police in Johns Creek. 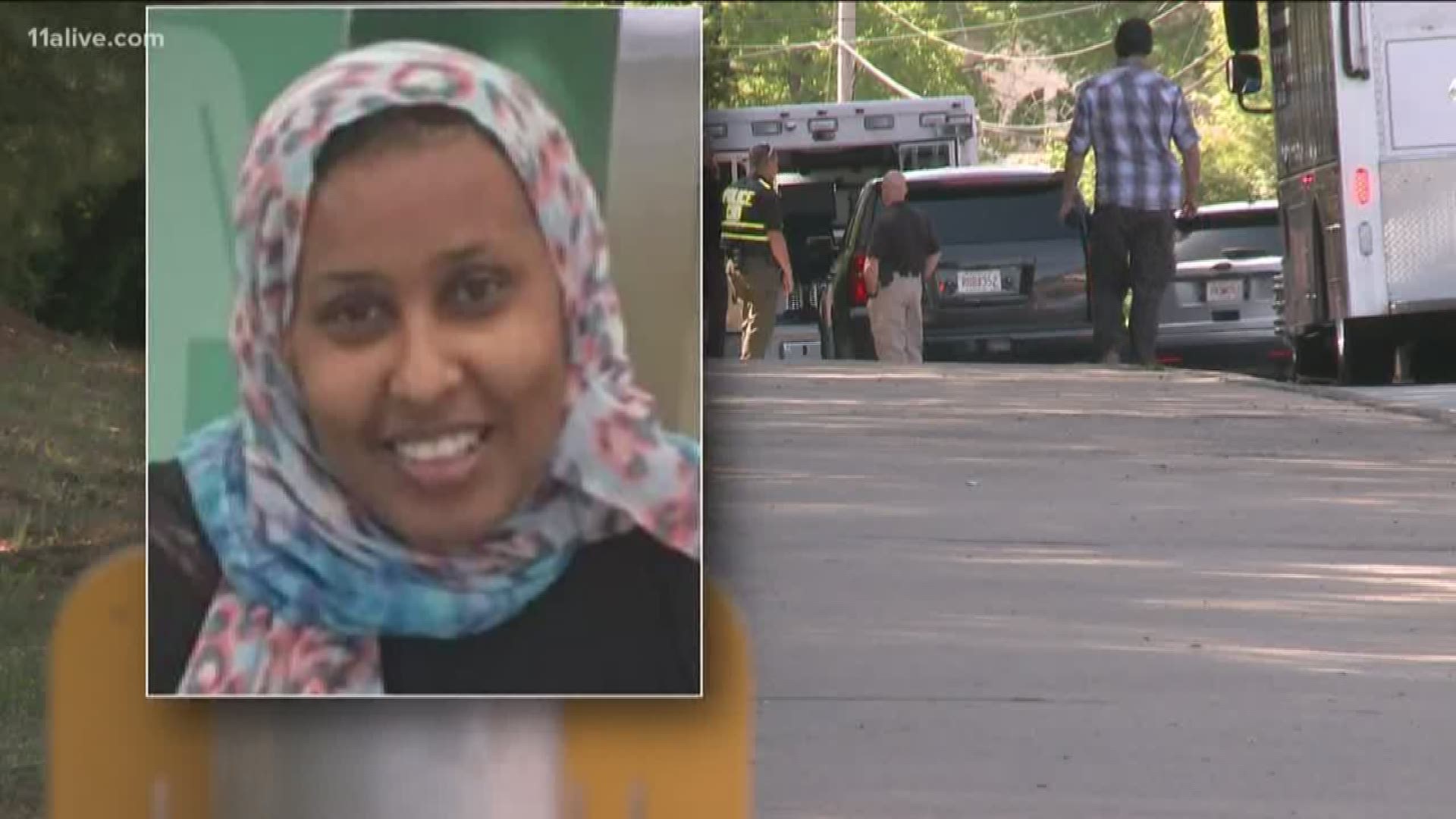 JOHNS CREEK, Ga. — Sunday marks one year since the police shooting death of Shukri Ali Said – and her family is still searching for answers about why she had to die.

“The two police officers who were directly involved have not been forthcoming, have not been interviewed,” said her sister, Aisha Hussein. “We are asking for them to come forward and give an interview … we just want them to come out, tell the truth. That’s what we need.”

Said was shot and killed in Johns Creek after Hussein called 911 to report that Said, who was battling mental illness, was having a break-down and had left their home with a kitchen knife. The 36-year-old Somali-American woman had been diagnosed as bipolar, with schizophrenia and other illnesses.

The Georgia Bureau of Investigation examined her death, and this past July submitted its findings to the Fulton County District Attorney’s Office, which is reviewing the GBI investigation.

“She has never been dangerous, she has always been calm. Every time she had an episode, we were able to talk her down … we were able to walk into an ER or an outpatient crisis center,” Hussein said. “This time around … she was just in such a rush to leave the house, saying ‘I’ve got to go, I’ve got to go.”

Said ran out of the family’s home carrying a kitchen knife and her passport, Hussein said, after hearing "voices" that she was not safe and needed to run away.  Hussein said she could not run after her--Hussein's husband was away and Hussein could not leave their three, young children home by themselves.

Four Johns Creek Police officers found Said at the intersection of Abbot’s Bridge and Sweet Creek with the knife, police said. She refused to put it down, police said, even after she was Tased and shot with rubber bullets.

“When I dialed 911, I was not calling for police help, I was calling for medical help.... I knew she needed to be hospitalized. She was not on her medication. My goal was to get her into a hospital, where they would be able to detain her a bit longer, give her medication … she would be able to see a psychiatrist, see doctors and get a checkup and sleep,” Hussein said. “I was hoping that she would get some rest, let the medication get back into her system. Maybe a week or so, she’d be released and everything would be fine.”

Hussein said her family and friends were doing all they could to help and support Said.  She said her sister had decided to go off her meds and try alternative treatments, and thought the alternatives were working well--until Said suffered the break down, the worst Hussein had seen, that Saturday morning.

Autopsy results from the Fulton County Medical Examiner obtained by 11Alive News showed that Said had been shot five times, in the neck and chest. According to the GBI, Johns Creek Police Officers Derrick Wilson and Ken Kennebrew deployed their Tasers, then Officers Phil Nguyen and Richard Gray fired their guns – striking her five times.

Hussein said she watched police dash cam footage of the shooting with her family--video that has not, yet, been released to the public--and believes that the officers’ training should have “kicked in” when they realized they were dealing with a mentally ill woman.

Did the video show Said approaching the officers with her knife as if to try to harm them?

"We saw her holding something in her hand, it was very shadowy, we couldn't tell," Hussein said, who does not understand how the officers, on a nearly empty street early in the morning with no one else around, were not able to find a way to subdue her without shooting her.

“They had all of the information they could get from me--she was mentally ill, she was off her medication for four months, she was holding a knife,” Hussein said. “Their training, by then, should have kicked in to prevent this whole situation. I don’t think it did, in this case.”

Last week, prosecutors with the Fulton County District Attorney’s Office updated Said’s family on their investigation, Hussein said. She says that they told the family that two of the officers have hired criminal defense attorneys and will not speak with prosecutors. The D.A. has not confirmed or denied that to 11Alive.

Hussein said that all she wants, for herself and her family, is the truth, whatever it ends up to be.

“The officers are not coming forward, they’re not telling their side of the story. So, we can’t heal. We just can’t heal. We’re stuck,” Hussein said. “We’re in a stagnant place until this case can end, one way or the other … we have given everything we can and they are hiding behind their lawyers and not telling us what happened that morning.”

Hussein said her sister was diagnosed with bipolar and schizophrenia when she was in her mid-twenties. As the youngest in the family, Said was “curious, kind and well-traveled,” her sister said. When she was feeling well, she would work and go to school.

Hussein said that her family has not only cooperated with the investigation – they gave in on some of their deepest beliefs to find the truth.

“From a religious point of view … she had to be autopsied, she had to be put in a morgue, which was something against her [Musilm] faith,” Hussein said. “We cooperated and she had a full autopsy. We have done everything we can to aid in this investigation. At not one point did we ever hinder the investigation. We’ve been forthcoming and we’re expecting the same. There’s no two sides to truth. We will be able to handle it, if it is the absolute truth.”