The mother and sister of Erica Robinson spoke publicly for the first time about her and the July 4th weekend shootout that killed her and another innocent bystander. 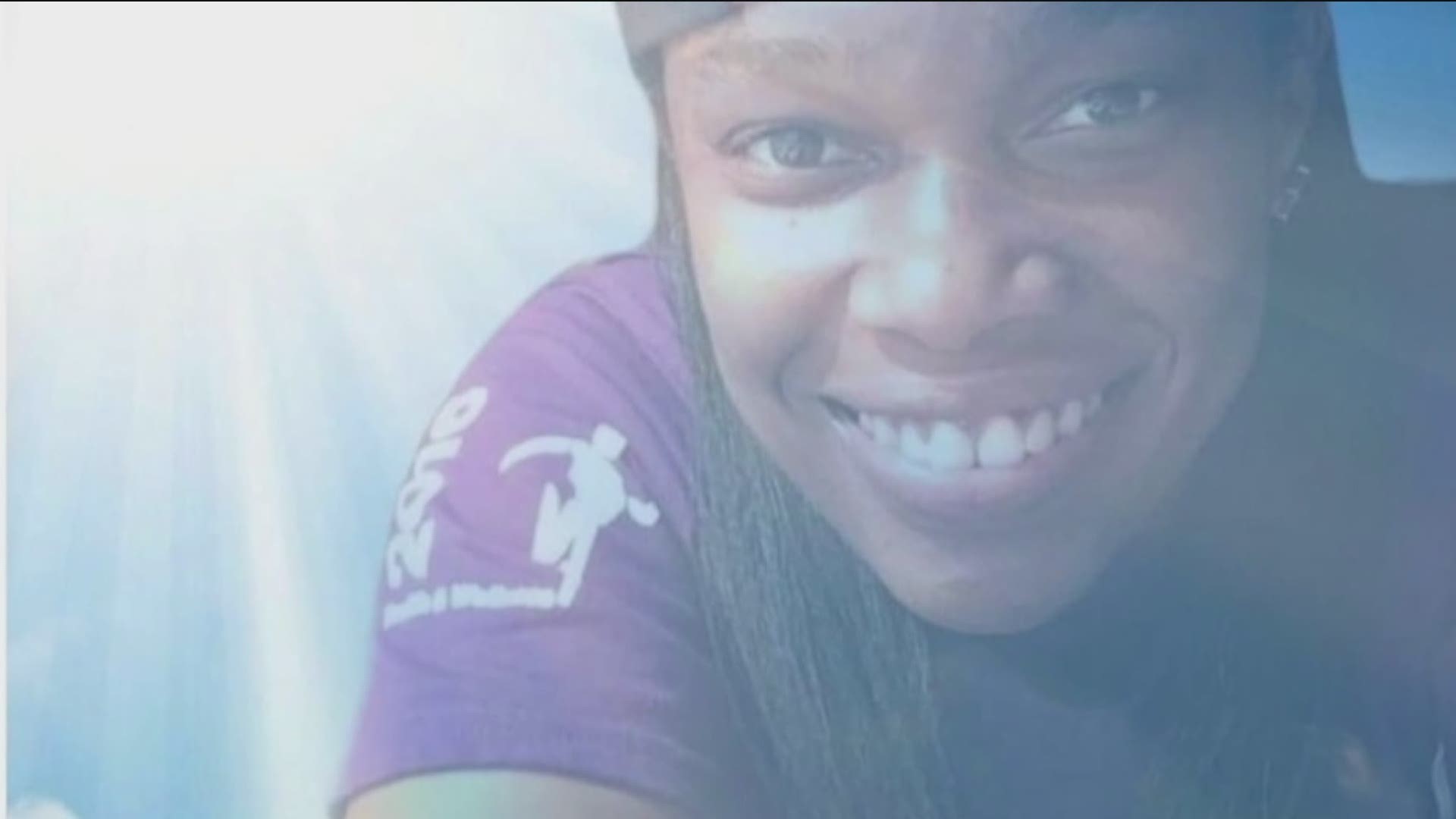 ATLANTA — The family of the woman killed in a wild shootout on Auburn Avenue in downtown Atlanta over the July Fourth weekend spoke publicly for the first time, Monday.

Their words come one week after police made the first arrest in the case, with several more suspected gunmen still on the run.

Erica Robinson’s mother and sister told 11Alive they want people to know who Erica will always be, in their hearts.

Rosa, and Erica’s sister, Tiffany Robinson, wiping away tears, said they are still in disbelief.

“My sister was still supposed to be here,” Tiffany said.

Tiffany and Rosa talked of how they are unable to imagine their futures without Erica.

On the night of July Fourth, a Saturday, Erica left work at about 8:30. She had to work both holiday weekend days. And after work on Saturday she went to Auburn Avenue, N.E., just west of the Downtown Connector, to watch fireworks. But after the fireworks, early on the morning of July 5, gunfire broke out in the crowd, killing Erica and another innocent bystander.

Erica Robinson would have celebrated her 33rd birthday the next month. She worked for Verizon, having joined the company in 2012, and was advancing in her career. Since she had to work that weekend, she was not able to join the rest of the family for a reunion in Macon.

Erica and her mother were close, talked every day, and were “always” together. Rosa can tell you exactly when she last spoke with Erica – it was 9:48 p.m. on July Fourth.

Erica had called her mother from the fireworks and tried to tell her, again, please not to worry for her.

Tiffany, three years older than Erica, said she and Erica shared a spirit of adventure.

“We traveled the world together,” exploring and sightseeing, Tiffany said.

And they shared a love of music.

“She was a good person,” Tiffany said, pausing to wipe away tears, then smiling. “She was my headache, too, like a little sister could be.”

“I think about her every day,” Rosa said, describing Erica as humble, smart, outgoing, “and she was always doing things for me.”

It was at 10:30 a.m. on July 5, Tiffany said, when an Atlanta Police detective called her at the family reunion in Macon to tell her Erica had been shot.

“I walked outside (my hotel room), and I just began screaming, I literally fell into the middle of the street,” she said.

Then Tiffany had to tell their mother and the rest of the family. They left immediately to drive to the hospital, Grady Memorial, in Atlanta.

Doctors told them Erica had been shot in the stomach and that the bullet had torn an artery in her small intestine. Tiffany said doctors described Erica as “a fighter,” but Erica succumbed following surgery.

Tiffany said that, since then, she’s told people “just not to take anything for granted. You don’t take any day, any time, for granted, to live your life to the fullest. And that’s what we did. We lived our lives to the fullest.”

And they lived them together.

Police later found a video of the shootout from a nearby security camera, and last week arrested one suspect, De’Andre Brown. And detectives are looking for four more people who are “persons of interest” seen in the video.

Rosa and Tiffany said their hearts go out to the family of the other innocent bystander killed in the crowd, 20-year-old Joshua Ingram, and they grieve with them. And they said they just “can’t get their head around” Erica being gone.

“She was fun, she liked to have fun,” Tiffany said. “She liked to make you smile. And if you weren’t smiling, she was going to make you smile. We were supposed to grow old together. I feel like my sister is gone on a vacation, and I’m just constantly waiting for her to call me and say, ‘Hey, whatcha doin’, I’m about to pull up.’ I haven’t wrapped my head around it since the day that I got that call” from police.

“And we want everybody to remember her name,” Rosa said—“Erica Robinson. Erica Michelle Robinson.”

“I think my drive is just to keep pushing for justice for her,” Tiffany said, “and it definitely keeps me strong - making sure that the right people are held accountable.”

They wish they could speak to everyone in that crowd who was armed.

“If it’s for protection, let it be for protection. But you don’t have to walk around, ‘I’m big and bad and I want to pull out my gun’ because something ain’t go your way, or an argument is starting. Realize that sometimes when you pull that trigger, there’s no coming back from it.”

They are still in disbelief—and simply appealing to the others in that crowd who fired guns to surrender.

Crime Stoppers Atlanta is offering a reward for information that helps police close this case. Tipsters can remain anonymous. They can contact Crime Stoppers online or call 404-577-8477.