The fact that his face has been out in the public eye for six months, but no arrest has been made, confuses his family and has left them fearful. 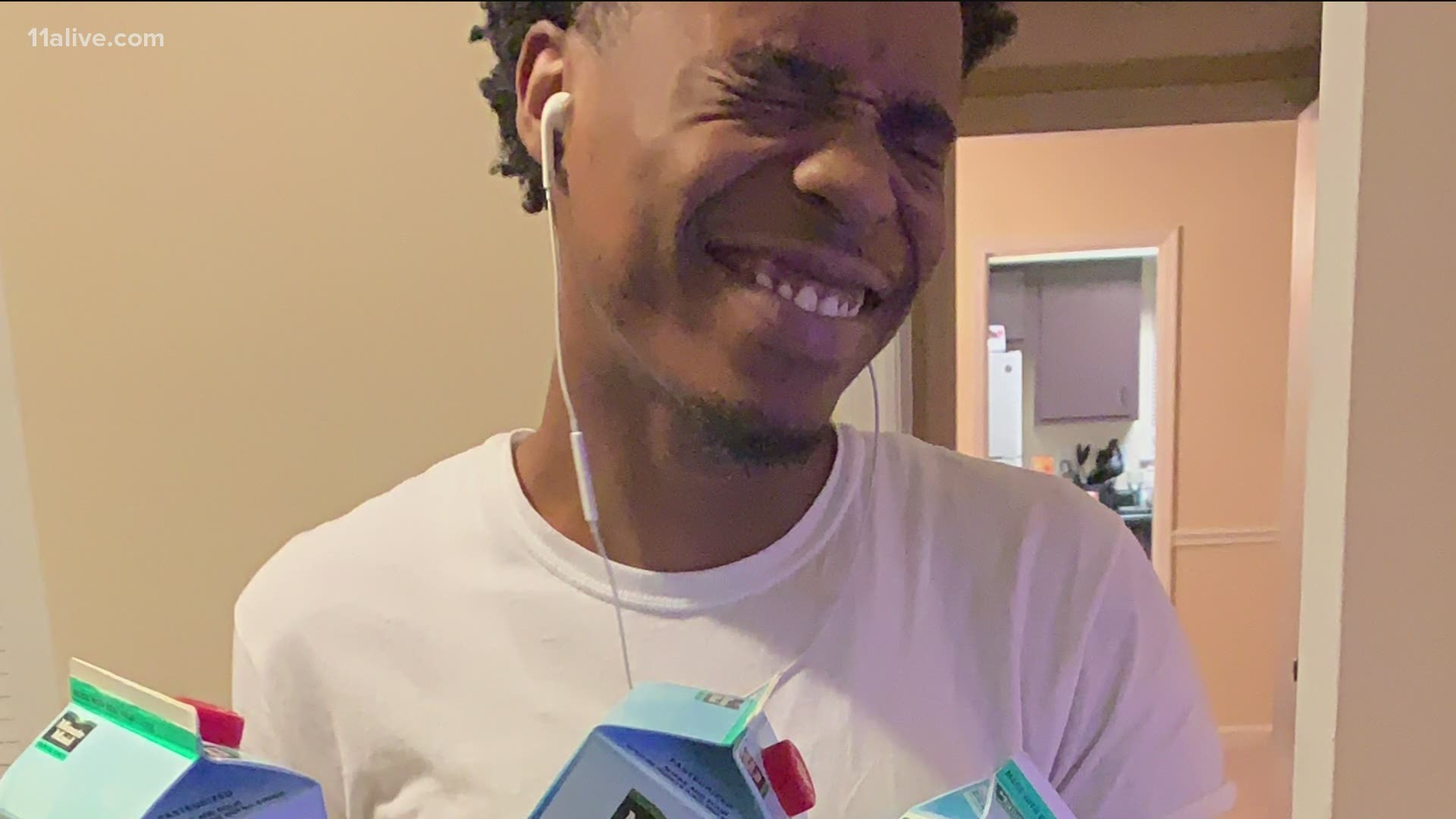 STONECREST, Ga. — It was 7 p.m. on Sunday, April 19. Jeremiah Smith and his girlfriend walked out of a Stonecrest Walmart on Fairington Road to get into their friend’s car.

“I had dropped them off at the door to go in and get side items for dinner and I stayed in the car to make a call for school,” said Jeremiah’s roommate and friend, C.J. Johnson.

It was raining and several people stood outside the store waiting for people to pick them up.

C.J. said as he pulled his car to the front door, “Jeremiah was being shot.”

The 22-year-old later died at the hospital. Six months later, the people responsible have not been arrested.

Dekalb Police said the shooting happened because of an argument, however, C.J. and Jeremiah’s girlfriend said Jeremiah was followed out of the store and shot because he tried to defend his girlfriend.

His girlfriend said she was approached by the shooter inside the store.

“He kept asking for my number and I told him no a few times,” she said.

Jeremiah stepped in to tell the man to leave her alone, but his girlfriend said the man flashed the gun at them in the store.

“We walked off, thought it was over and we even passed them at the self-checkout,” she said.

As they left, his girlfriend said the man shot Jeremiah in the back of the head.

“It was pure evil,” his girlfriend said.

“My best friend is dead for defending his girlfriend because a man couldn’t take no for an answer,” said C.J.

Surveillance video captured the shooting and Crime Stoppers released a picture of the two suspects. Police later released video of one of the suspects ringing the doorbell of a nearby home. The suspect appears to breathe heavily and is seen with his mask around his chin.

Walmart Homicide Update: We need your help in indentifying 2 persons of interest in the homicide that took place on Sunday, April 19th at the Walmart on Fairington Rd. The male you see at the top of the video is the same male in the gray hoodie inside the store. (1/2) ▶️ pic.twitter.com/vMgEo3nhyR

The fact that his face has been out in the public eye for six months, but no arrest has been made, confuses and scares Jeremiah’s family.

“I’ve felt like, I’ll just run into this person one day and it’s still hard to think about and I try my best not to think about it,” said one of Jeremiah’s younger brother, Ezikiel Wathall.

Jeremiah was studying business management at Clayton State University at the time of his murder. His family and girlfriend describe him as loving, joyful, and a bit of a perfectionist.

His siblings said he was their number one inspiration.

“My brother was there for me anytime that I needed him. Any time I was down or at my lowest, he’ll always help me up and get me through it. We’ll sit on the phones for hours and he’ll just uplift me the most that he can. Now that he’s gone, the person that I talk to the most, I don’t have him here, so it’s very traumatizing,” said Ezikiel.

“He was always the one that would motivate me," his other brother, Mic Wathall, echoed, "Now that he’s gone, I don’t have that person that would text me good morning, how are you today?”

“He would always tell me, you have to be an example for your little sisters and he was always there for everybody,” his sister Charity said.

His mom, Comonet Smith, said that, besides losing her oldest son, one of the hardest parts is calling the police for updates only to be told there’s nothing new to report.

“In the back of my mind, I just want something that I can just grab a hold to and be hopeful for," Comonet said tearfully. "I miss my baby so much. There’s nothing more that I want in this world than justice. I want justice. But the main thing is I just want the violence to stop."

Family friend Keith Strickland, who runs the non-profit Making the Transition, appeared with the family on a Zoom call. Strickland said the family is unfortunate proof of the widespread pain violence causes.

“That’s what people don’t see when they pull a trigger. You’re not just shooting one person; you’re shooting a whole family,” Strickland said.

The family hopes someone will see the photos of the suspects and help them receive justice by turning them in. His girlfriend added knowing the suspect is behind bars would help her from being fearful of running into him.

“I don’t want to be on that side of town at all, but I don’t know where that guy is.”

Information on the case can be submitted anonymously to the Crime Stoppers Atlanta tip line at 404-577-TIPS (8477) or online at www.StopCrimeAtl.org. Persons do not have to give their name or any identifying information to be eligible for the reward of up to $2,000 for information leading to the arrest and indictment of the suspects.