According to the lawsuit, Atchison had been given conflicting commands by the officers in the room when he was shot in the face. 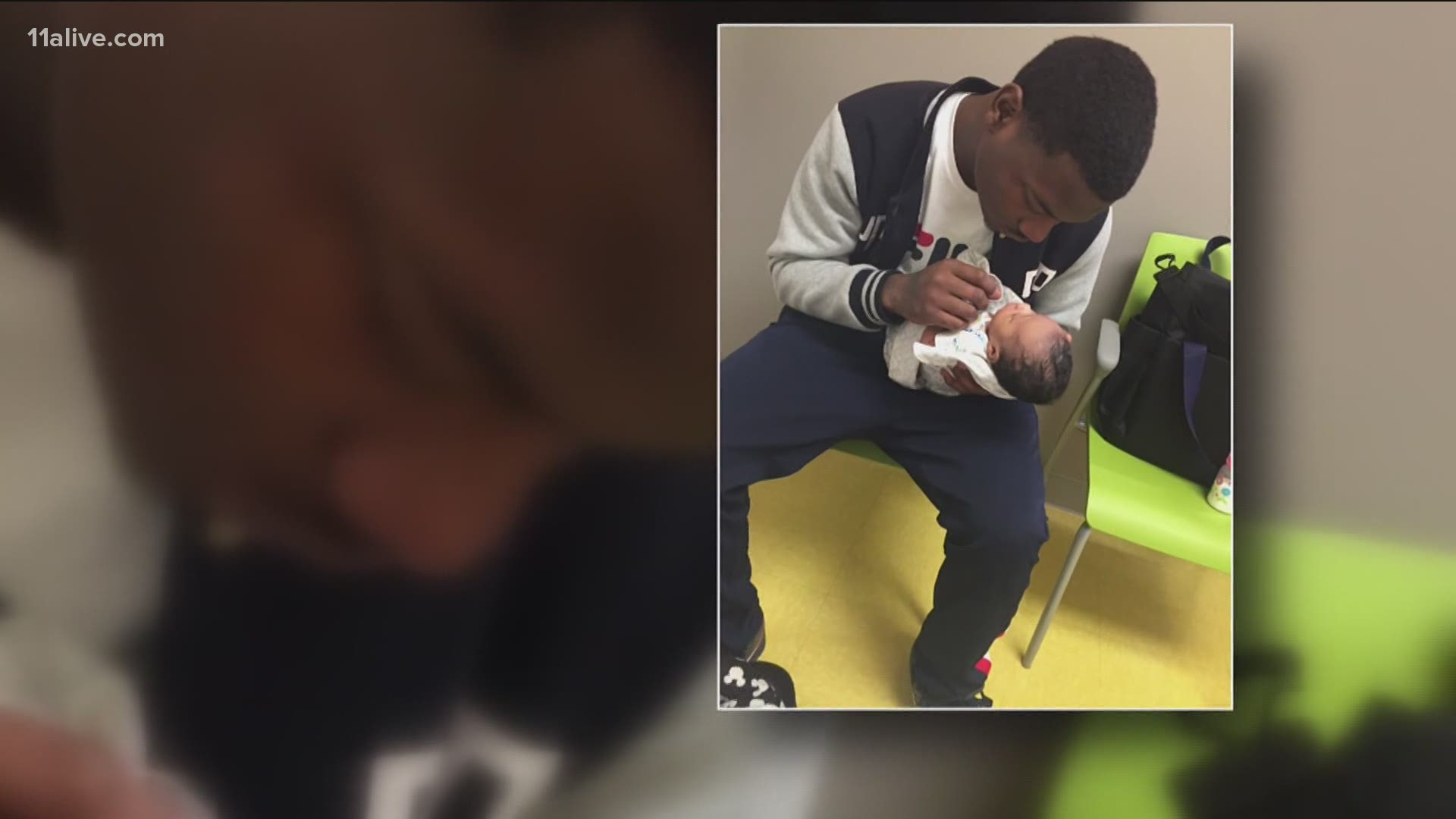 ATLANTA —
Attorneys for the family of 21-year-old Jimmy Atchison have filed a federal civil rights lawsuit against the city of Atlanta and members of the federal task force involved in his death on January 22, 2019.

According to the attorneys, Atchison was shot and killed as he tried to surrender to the task force. They said he was unarmed and emerging from a closet where he had been hiding when he was shot in the face by Atlanta Police Officer Sung Kim, who was working with the federal task force.

"They repeatedly violated their own policies both the Atlanta Police Department policies and the FBI," said Tanya Miller, attorney for the Atchison family.

The FBI said that agents were serving a warrant to an armed robbery suspect at an apartment complex in Atlanta's Adamsville neighborhood off of Martin Luther King Jr. Drive on Middleton Road, N.W.

According to the family, an investigation by the Georgia Bureau of Investigation indicated that Atchison was given two conflicting commands by officers in the room -- to come out with his hands up, and not to move.

They said that he was following the command to come out when he was shot by Officer Kim.

Following the FBI's report about what happened during the incident, now-outgoing Fulton County District Attorney Paul Howard said he was reviewing the report and deciding whether or not criminal charges would be filed in the case. The DA's office said that they were prepared to present the case to a grand jury for indictment in April, but that was delayed due to the pandemic. (scroll down to read the DA's full statement*)

The federal civil rights lawsuit, filed in federal district court late last week, names Kim, along with four other Atlanta police officers, an FBI special agent and five unnamed officers as defendants, in addition to the city of Atlanta.

The lawsuit says the agreement between the Atlanta Police Department and the FBI provided that Atlanta officers would be governed by "the laws, regulations, policies (including use of force policies), and personnel rules applicable to APD officers and (b) that APD officers would report to APD for all administrative matters."

"Nonetheless, participation in the task force resulted in those officers' violation of Atlanta's unequivocal policy requiring them to wear body cameras, which the FBI forbade," the suit says.

Following the incident, now former Atlanta Police Chief Erika Shields mandated that all Atlanta officers' bodycams must always be on, and that the rule was to apply to all officers -- including those participating in federal operations.

In the weeks following Shields' edict, the Atlanta department pulled its officers from all federal task forces -- including those of the FBI, DEA, and US Marshals.

Federal operations preclude the use of bodycams by officers participating on federal task forces.

Officer Kim retired from the Atlanta police force shortly after the incident.

According to the lawsuit, the Atlanta police investigation into Kim's actions was never completed, since he retired prior to the conclusion of the inquiry.

As a result, the suit said, "APD declined to make any finding regarding Defendant Kim's deadly use of force in killing Mr. Atchison."

However, according to the suit, the other officers mentioned in the lawsuit were cited for violations of department policy during the raid, including the failure to obtain a search warrant for the apartment where Atchison was ultimately shot and killed, the failure to file a required use-of-force report, the failure to engage SWAT in conjunction with the operation, and their intimidation of residents of the apartment complex to obtain consent to search their apartments.

According to the lawsuit, there was no indication that there was a risk of Atchison leaving the state of Georgia. However, Officer Kim, along with other members of the task force, went before a federal district court and asked for a federal Unlawful Flight to Avoid Prosecution (UFAP) Warrant, anyway.

This is a type of warrant which would grant federal jurisdiction for the execution of a state-issued arrest warrant of an alleged state law violation.

The lawsuit alleges that although neither agency made any determination about Kim's use of force, the FBI found the task force did not have sufficient evidence to support the UFAP Warrant.

In addition, the suit says the FBI also concluded that the task force should not have entered the apartment where Atchison was killed.

The civil rights lawsuit is asking for undetermined damages, wrongful death expenses, along with medical, funeral and other expenses, plus attorney fees and any additional costs in the case. The attorneys are asking for a trial by jury in the case.

Meanwhile, the family of Atchison continues to wait for justice.

"It’s been hell," said Tammie Featherstone, Atchison's aunt.  "I have a sister, Jimmy’s mother. She (Atchinson's mother) has not been mentally or physically the same since January 22, 2019."

On Thursday, Fulton County District Attorney Paul Howard released a statement that said, in part, that the case should be heard by a criminal jury.

In his statement, Howard said:

“This nation has spent the past seven months closely examining the deaths of several Black Men and Women who were killed by law enforcement officers. Each one of these cases raised significant questions regarding the conduct of the officers based upon the best available evidence and whether these officers and the government entities they worked for should be held criminally and/or civilly responsible for the conduct and the deaths. These cases almost exclusively involved municipal and state law enforcement officials. The case involving Jimmy Atchison involves a Federal Task Force headed by the FBI. Federal cases present an even greater degree of difficulty, as compared to municipal or state cases.

Federal Task Force Groups prohibit local officers, like the APD officer in the Atchison case, from wearing body worn cameras or utilizing dash cameras in the vehicles that they drive. The lack of video evidence presents a major hurdle in establishing the facts and circumstances in these matters because the witnesses in these cases are usually limited to fellow police officers who generally do not cooperate with local prosecutors. Additionally, obtaining even routine information and reports in these cases is sometimes difficult. When presented with lawsuits and requests for criminal prosecutions, federal authorities have customarily relied upon immunity arguments to shield both the officers and the governmental entities involved from both criminal and civil accountability.

The Public Integrity Unit of the District Attorney’s Office, despite these obstacles, made a painstaking evaluation of the facts and circumstances of the Atchison shooting and determined that the case should be heard by a criminal trial jury. We were prepared to present the case to a grand jury for indictment in April of this year until we were delayed by the coronavirus.”

To date, criminal charges have not been filed in connection with Atchison's death.

NOTE: This story has been updated to correct that this lawsuit is the only one that has been filed on behalf of Atchison's family.