2 suspects in custody for murder of former Gwinnett Sheriff's deputy

The former deputy, Felix Cosme, was shot and killed during a robbery attempt at a Buford O'Reilly's Auto Parts store in January. 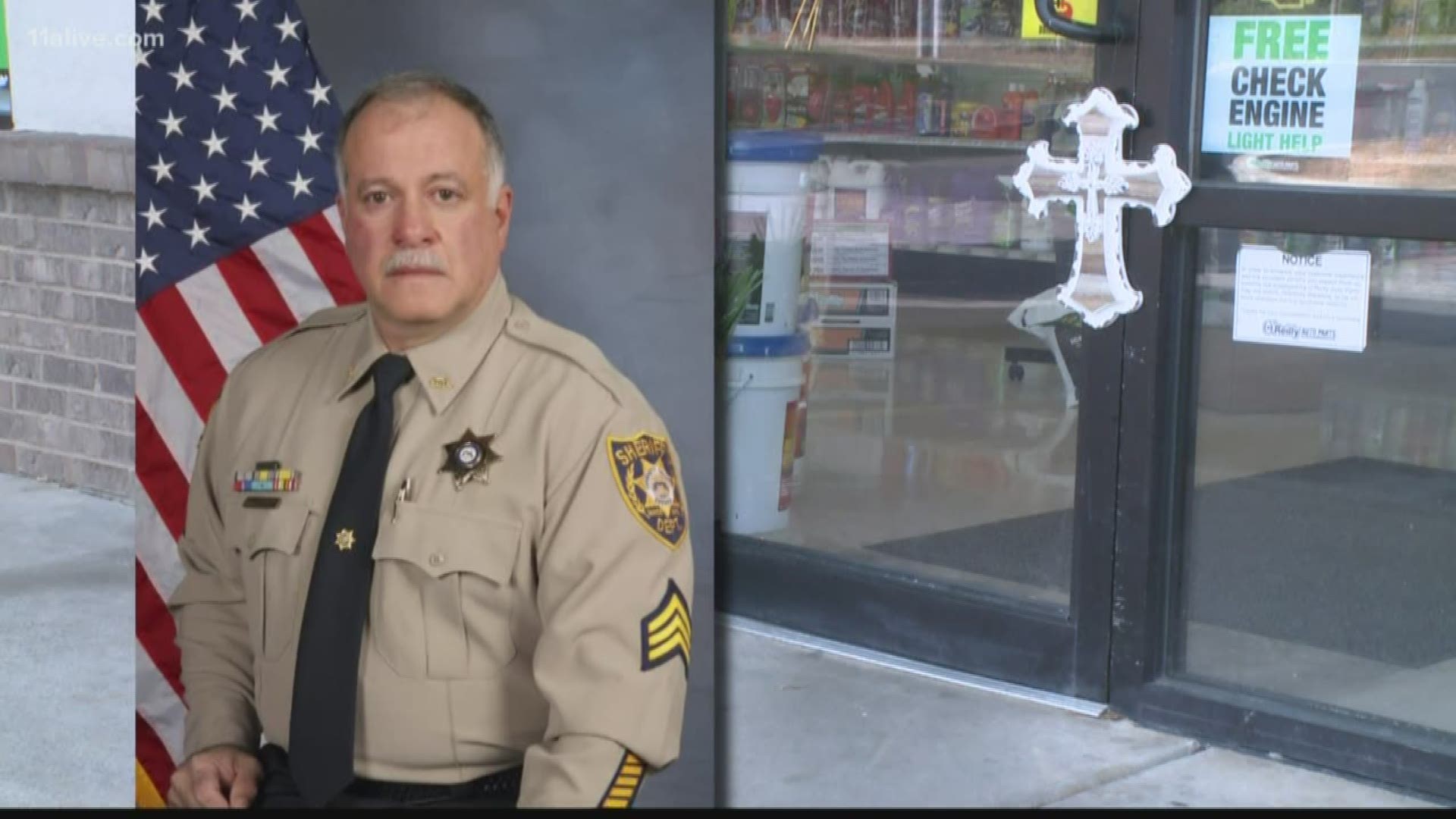 GWINNETT COUNTY, Ga. — UPDATE: Gwinnett Police said Tavares Norah has turned himself in as of this morning. He has been charged with two counts of armed robbery, aggravated assault, kidnapping and one charge of possession of a firearm during a felony. Prince Robertson was spotted shortly after 3 p.m. in Lawrenceville. Officers quickly descended upon the area and arrested him without incident.

Gwinnett Police say they're looking for 25-year-old Tavares Norah and 27-year-old Prince Robertson after the two allegedly tried to rob an Auto Zone in Dacula on Monday night.

Police now say those two suspects in the robbery attempt are the same in the January murder of Cosme, who was working at an O'Reilly's Auto Parts store in Buford when he was shot and killed during a robbery attempt.

In that incident, a suspect entered the auto store and demanded cash from the register, which Cosme was working at. He attempted to draw his own gun but was fired at first, police said.

"Cosme died a hero’s death as he attempted to protect himself and a female co-worker from a violent criminal with no regard for human life," the sheriff's office said in a statement at the time.

According to Gwinnett Police, on Monday "employees told the responding officers that a black male suspect entered the store and demanded the store’s cash while pointing a gun at them" before fleeing in a black vehicle.

Officers located the car three miles from the Auto Zone, where it had apparently crashed on La Maison Drive.

"Officers saturated the area looking for the suspects, and Reverse 911s were issued neighboring homes," a release said. "Detectives and officers determined that the two suspects who fled the vehicle were the same suspects from the homicide at the O’Reilly’s. After an exhaustive search that spanned several hours, the suspects were not found."

Both are considered armed and dangerous. The FBI has a $15,000 reward out for information leading to their arrest.

Anyone with information can alert authorities at the following numbers: