Two of the suspects are still at large. 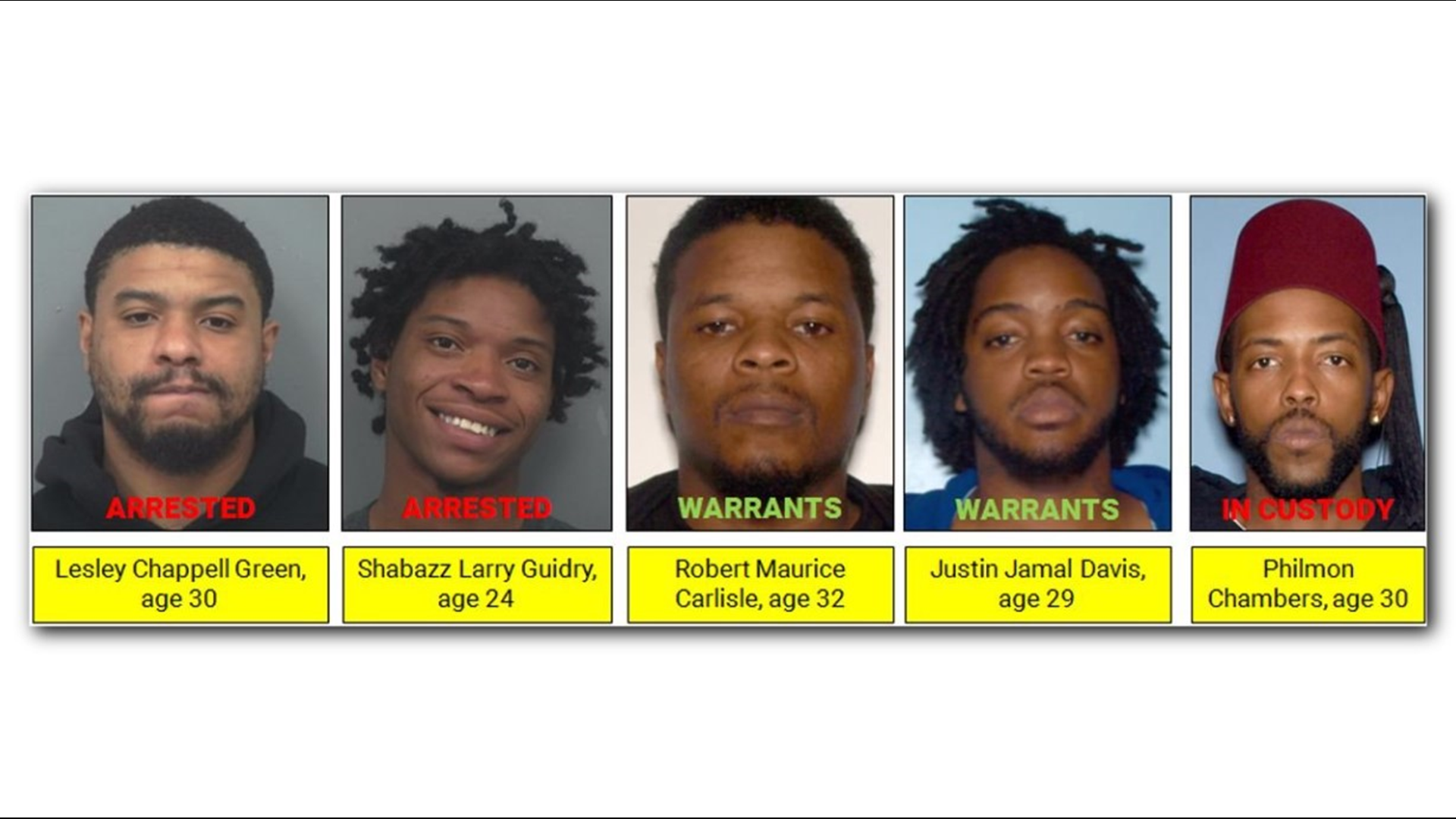 GWINNETT COUNTY, Ga. — A fifth suspect has been identified in the grisly murders of two men found dead in a storage unit in unincorporated Lawrenceville and several new charges have been filed in connection to the crimes.

Derrick Ruff and Joshua Jackson were reported missing from Athens, Georgia in December 2018. Search dogs located their bodies inside a storage unit in March. Investigators said the two men had been shot to death.

On Thursday, Gwinnett County Police announced that three suspects – Lesley Green, Shabazz Guidry and Robert Carlisle – have each been charged with two counts of felony murder. Detectives have also identified another suspect, 30-year-old Philmon Chambers. He is currently behind bars in Athens for another crime in that area, according to police. Chambers has been charged with two counts of conspiracy to commit a crime (of concealing the deaths of Ruff and Jackson).

Carlisle and a fifth man, Justin Davis, are still at large, police said. A $2,500 reward has been issued for Carlisle's capture.

While the motive for murdering Ruff and Jackson is still unknown, detectives have said the crimes could be gang-related. In March, police said it did not appear that the victims had any known gang ties. There is no evidence released that shows the victims knew the suspects accused in their deaths and no murder weapon has been recovered.

Credit: Gwinnett County Police Department
Five men have been charged in the deaths of Derrick Ruff and Joshua Jackson, who were both found shot to death in a storage unit in unincorporated Lawrenceville.

Ruff’s father said the men accused of murdering his son are strangers to him. He told 11Alive that his son had twin girls and planned to propose to his girlfriend on Christmas – a week after he disappeared.

Jackson’s family said he was a popular boy in the neighborhood who grew into a well-loved person in his Athens community. He left behind a 1-year-old daughter.

Anyone with information on the case or those who know where Robert Maurice Carlisle and Justin Jamal Davis are located are asked to call 911 or the Gwinnett County Police Department at 770-513-5300. Those who wish to submit an anonymous tip should contact Crime Stoppers at 404-577-TIPS. Crime Stoppers can receive a cash reward for information leading to an arrest and indictments in this case.