Final suspect arrested in death of gay man shot, robbed on his way to work

His arrested came just shy of one month after police say Ronald "Trey" Peters was gunned down and robbed on his way to a MARTA stop before work. 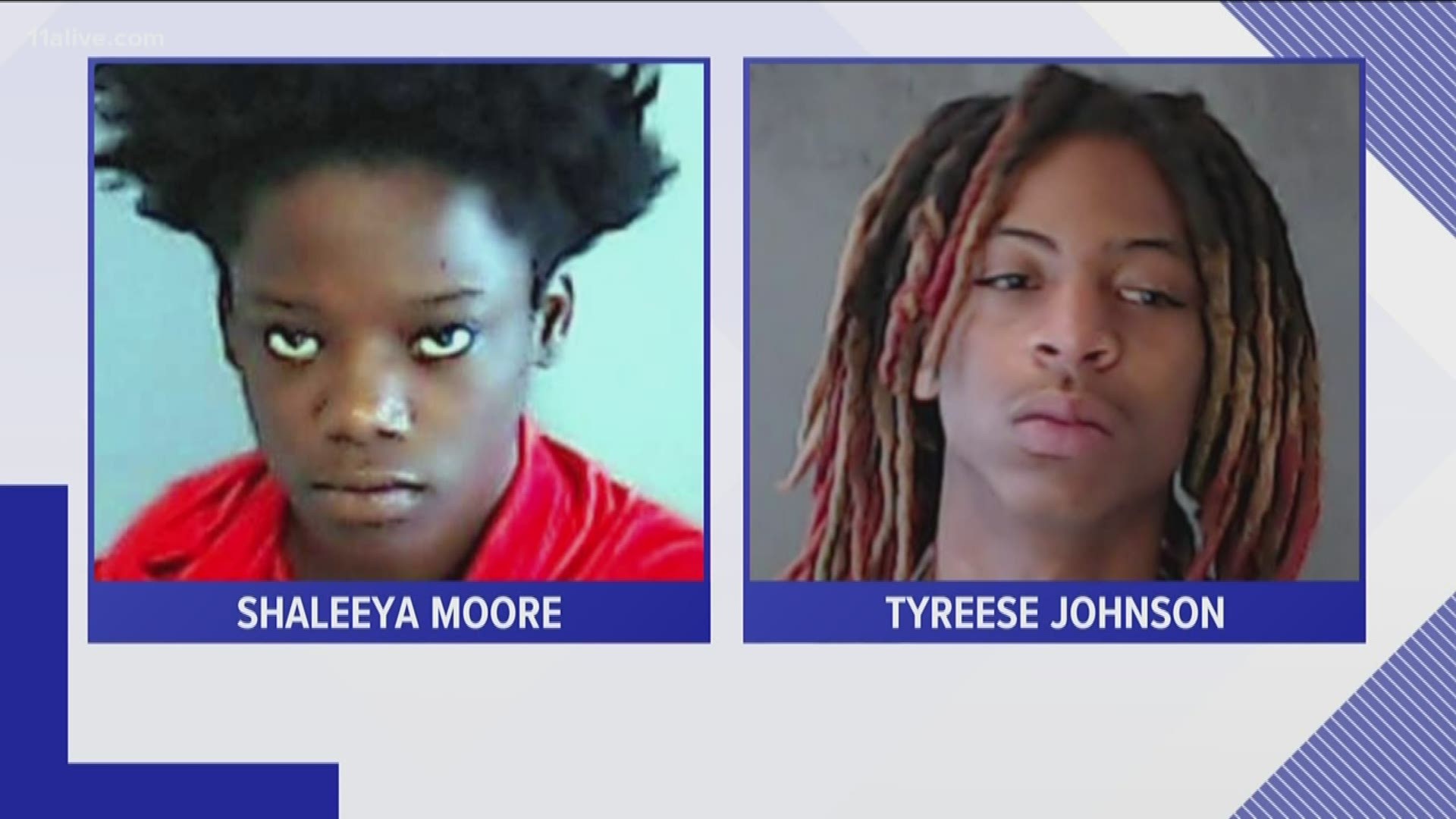 DEKALB COUNTY, Ga. — The search for the final suspect in a possibly hate-motivated killing is finally over.

Authorities arrested 19-year-old Tyreese T. Johnson July 31 on charges of felony murder and armed robbery. His arrest came just shy of one month after police say Ronald "Trey" Peters was gunned down and robbed on his way to a MARTA stop before work.

It was around 8:30 a.m. June 4 when witnesses told police that two people got out of a truck on Orchard Circle in Decatur, put on masks and demand Peters' bag while allegedly hurling homophobic slurs. Police said one of the two shot Peters in the chest and neck before grabbing the bag and driving off in a maroon 4-door truck. It came just a week after Peters was reportedly harassed in the same way.

Police released the names and clear surveillance photos of three people the believed were connected to the crime - 21-year-old Joshua Ellis and 18-year-old Shaleeya Moore.

PHOTOS: Persons of interests in deadly shooting that may have been hate-motivated

Ellis had already been in the Clayton County Jail on unrelated charges when police connected him to the case, but Moore was on the run. Police later confirmed they found her in Statesboro, Georgia and took her into custody on July 27.

Days later, police tracked down Johnson - who had previously not been identified - to Lithonia and arrested him.

Friends of Peters told 11Alive they would not let his death - which is believed to be motivated by hate - be in vain. They said they would be looking into ways to make sure his death would be prosecuted as a hate crime, but learned that it wouldn't be easy to do in Georgia - that's because the state doesn't have laws regarding hate-motivated crimes.

However, the ADL is working to rectify that by having HB426 pushed through the Georgia legislature. The bill would make crimes motivated by hate towards a person’s gender, race or sexual orientation illegal in the state. The bill has bipartisan support and passed the House in 2019. It’s currently sitting in a Senate subcommittee and will be taken back up in January of 2020.