In recent months, video has surfaced of vehicles blocking major roads in the city while doing donuts, burnouts and lighting fireworks. 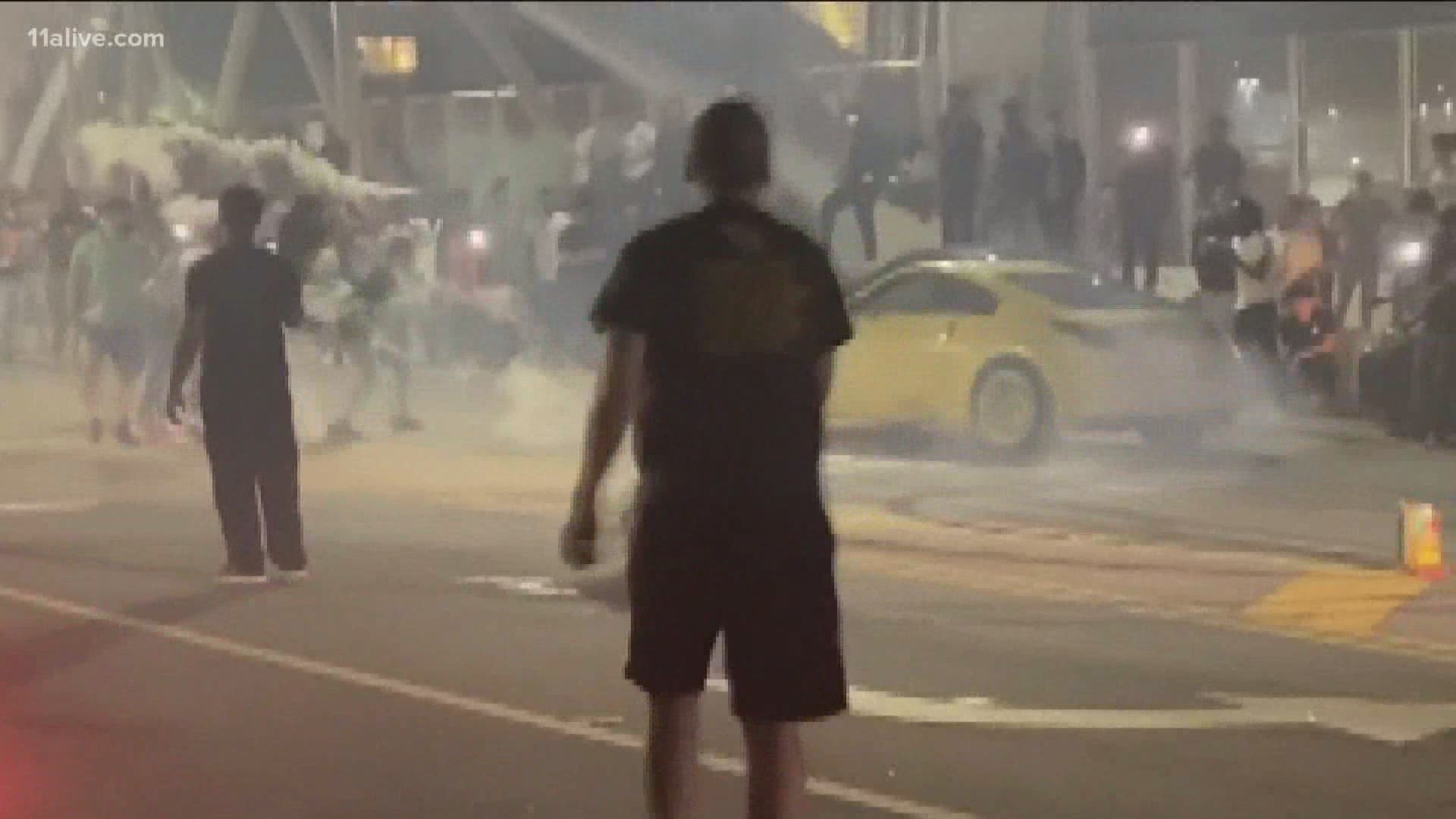 ATLANTA — In a move to crack down on illegal racing on the streets of Atlanta, the city council on Monday approved new legislation to set stiff penalties for those watching.

During the meeting, the council voted to amend the City’s code of ordinances to regulate and set penalties for violations for "non-driver participation" in street racing and "reckless driving exhibitions."

This means that if you are one of the dozens of people stopping to watch cars do donuts in the roadway you now face fines and jail time.

According to the legislation, "violations will be punished by a minimum fine of $1,000 and court costs or imprisonment for not more than six months, or by any one or more of these punishments subject to all limitations contained in the charter of the city or applicable state law."

In recent months, video has surfaced of these vehicles blocking major roads while doing donuts, burnouts and lighting fireworks. Those not in vehicles are often seen recording the events and jumping out of the way when a vehicle closely approaches them.

This past weekend, Atlanta police officers said about 100 vehicles were blocking the roadway when they responded to reports of street racing on Peachtree Street. Police impounded a total of five vehicles, arrested two people, and issued "a number of citations," they said.

In May, police made 44 arrests in one night. They said back then that this was their way of taking a "hard stand" on the activity.

That scene has been all too similar for residents in the city's Midtown neighborhood, Castleberry Hill and Buckhead.