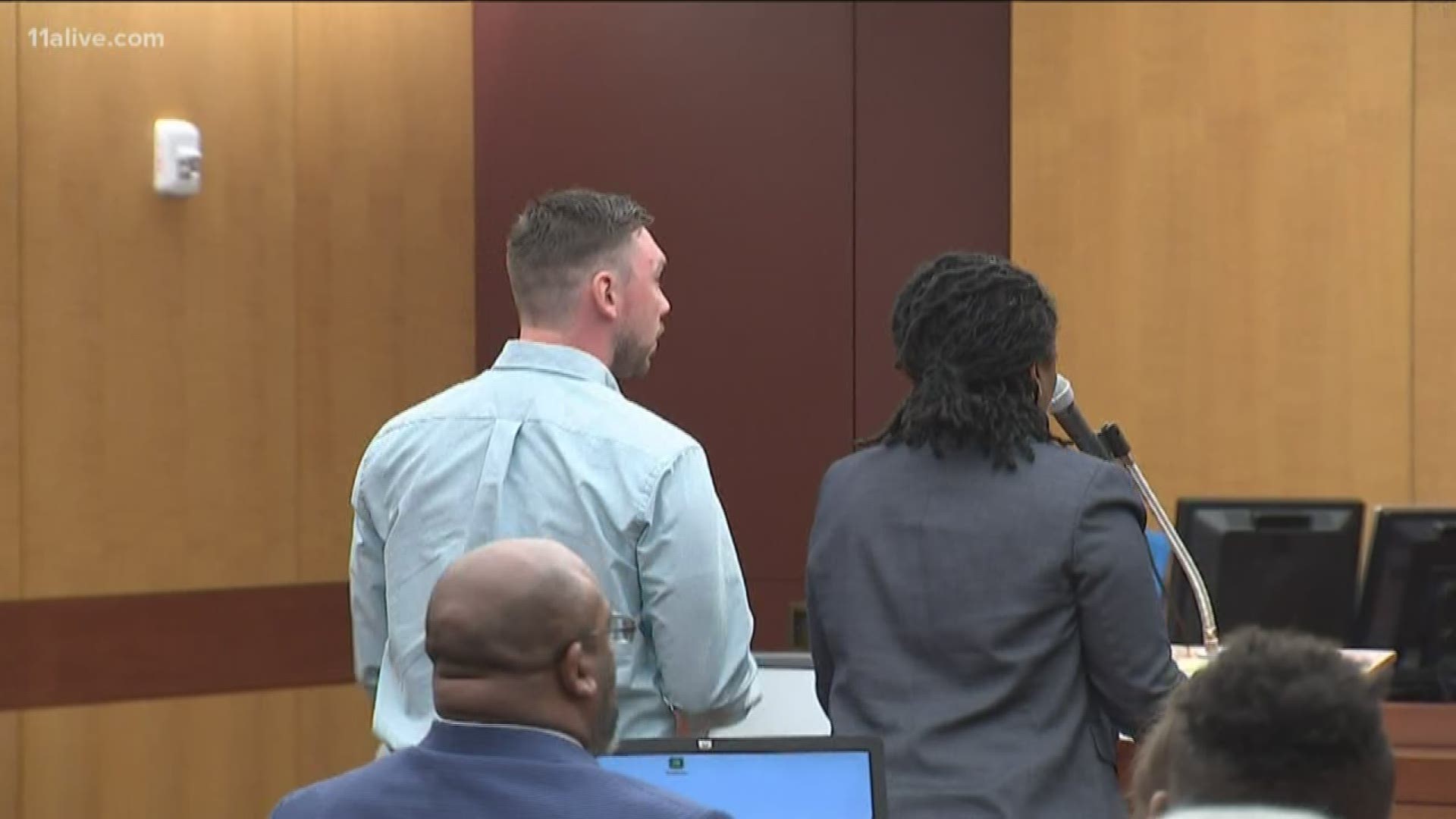 ATLANTA — A former Atlanta police officer pleaded guilty to the eight-count indictment related to the aggravated assault of an unarmed teenager in 2016.

On September 15, 2016, Atlanta officers were in pursuit of a suspected stolen vehicle traveling along Interstate 75 southbound.

The pursuit ended along Lawton Street when a Georgia State Patrol trooper, who joined the chase, performed a successful PIT maneuver.

According to court documents, a 15-year-old male, who was a passenger in the vehicle, exited the car and surrendered himself to authorities by "immediately lying on the pavement with his hands up, showing he clearly did not possess a weapon and did not intend to resist."

Records indicate that the then-nine-year veteran of the department ran toward the young male and proceeded to kick him in the head "three times while he lay prostrate upon the ground."

Johns then "pressed his knee to the neck of the teenager," documents say.

The teen was rendered unconscious by the assault and received a number of cuts, bruises, a neck strain and a serious concussion as a result of Johns’ actions.

Johns will be sentenced on July 29 as a result of the guilty plea.

It literally rained money on I-285 in Dunwoody (and, yes, it's still theft if you took some)