Freed from prison, former juvenile offender faces possibility of being sent back -- for life

In a bizarre twist, a man released from prison after 29 years could be sent back, leaving behind his new home, wife and two jobs. 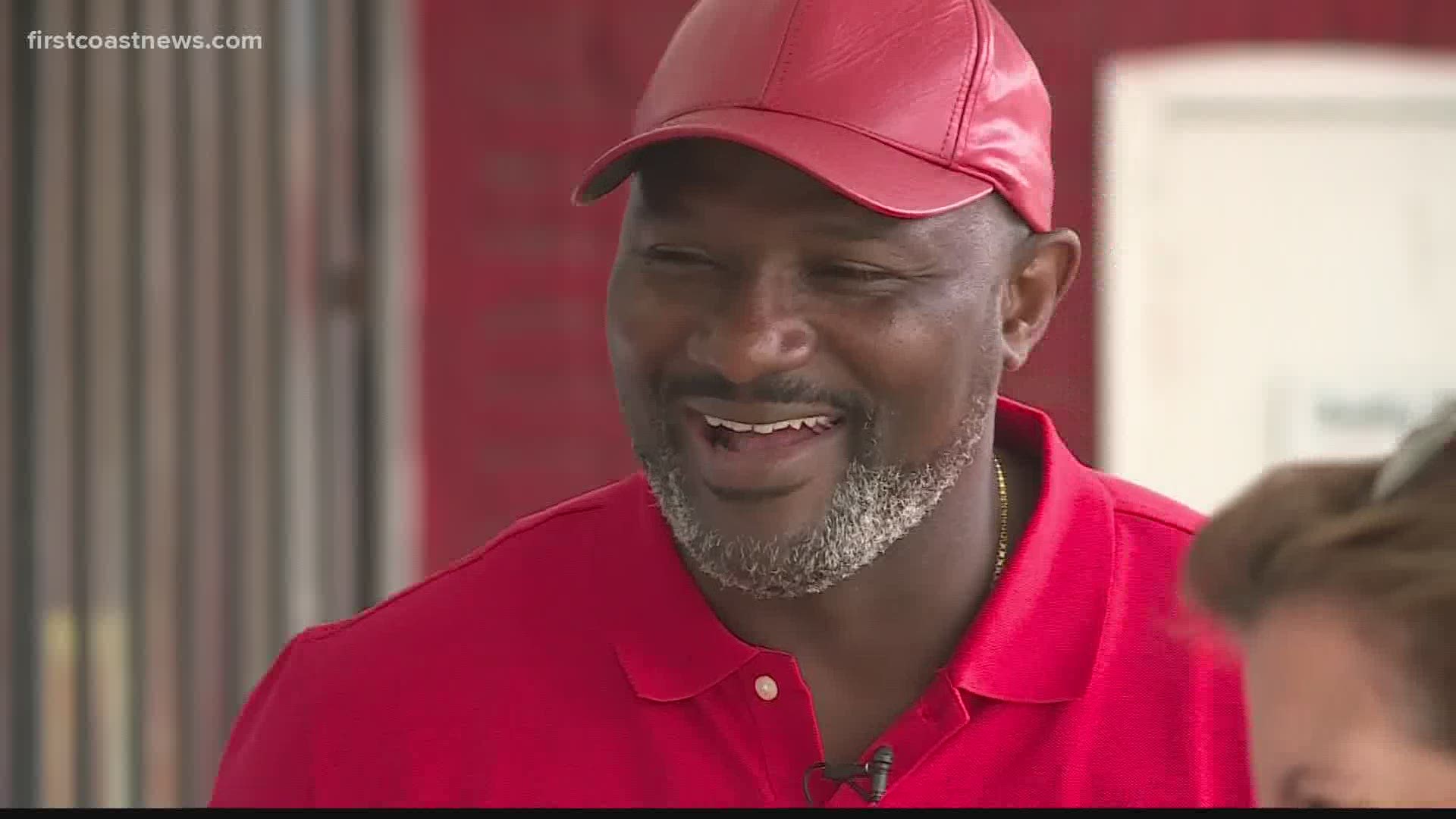 JACKSONVILLE, Fla. — The last few months have been life-changing for everyone.   They’ve certainly been intense for Jack Cogdell. He’s gotten married, bought a house and started two new jobs.

He’s also been learning how to barbecue, how to paint – life skills that most people his age learned long ago. And he’s done it all knowing that at any moment, the state could take it all away.

Cogdell was sentenced to life in prison at 17 for killing another teenager. He was released last September at age 46 under a Florida Supreme Court ruling – a ruling reversed two years later by the court’s newly appointed conservative majority.

Because of the reversal, the State Attorney’s Office has appealed Cogdell’s release and is pushing to send him back to prison.

It’s a reality Cogdell prefers not to think about. He says his goal is to focus on the positive, all that’s been given to him in recent months. Pressed about it, he only says, “Well it’s there. They are doing it. I try not to focus on it so much."

On a recent Saturday morning, Cogdell and his wife Suzanne Cogdell walked the streets near Justina Court – an Arlington neighborhood that residents say had a gang shooting every day that week.

“Praise God. We finna get out here and share the love,” Cogdell tells Erline Floyd – a longtime resident some call “the mayor of Justina Court” but who tells Cogdell to call her “Momma.”

It’s an area that Cogdell, who lived on the city’s Westside until he was 17, has never been to. He’s here as part of a church outreach program, and it’s a neighborhood Cogdell believes he can speak to. Within moments, he strikes up a conversation with a young man.

“I was in prison for 29 years. I killed somebody when I was 16 on the Westside of Jacksonville,” he said.

Cogdell was a Lee High School tight end who was being courted by Division 1 schools when, in July 1991, he joined a teammate and two cousins for a night of drinking and joyriding. It ended with a botched robbery of another teen’s fancy rims. Cogdell shot and killed 19-year-old Brandon Lee Knowles.

Potentially facing the death penalty, Cogdell pleaded guilty. At 17, he was sentenced to life in prison with a mandatory 25 years. After that, parole was a possibility – at least in theory.

That view is part of the reason the Florida Supreme Court decided in 2016 that even with parole, juvenile offenders were serving terms that amounted to life sentences – which the U.S. Supreme Court has disallowed.

Circuit Judge Bruce Anderson agreed when he granted Cogdell a re-sentencing hearing. In his September 2019 order releasing him with time served, he wrote, “It is clear from the evidence that the process of parole review does not presently meet acceptable constitutional or statutory requirements.”

But the Supreme Court Ruling Anderson relied on was reversed by the Florida Supreme Court in 2018,  following Gov. Ron DeSantis’ appointment of conservative justice Ricky Polston, who said there was evidence that the state's parole system fails to provide a "meaningful opportunity for release.”
Based on that reversal, just a month after Codgell’s was set free, the local State Attorney’s Office filed a notice of appeal. It asks the court to “reverse” its decision to grant Cogdell a re-sentencing hearing reinstate his original sentence.

In other words, send him back to prison.

The State Attorney’s Office declined our requests for comment on their appeal.

“The state attorney has fought his case,” says Sopp. “So even though Jackie is out and has been doing well, for quite some time, the state has appealed and says that his sentence of his re-sentencing should be vacated and that he should be returned to prison.”

Between working 60 hours a week working jobs at UPS and Pizza Hut, Cogdell has acquired some life skills. A recent weekend he spent installing mini blinds on the new house he bought with his wife.

“He’s learning a lot,” laughs Suzanne Cogdell, who met her husband years ago through a family member.

It’s an ordinary life but also an extraordinary one.

"He is grateful to be out and he is making the best of every opportunity that's available to him,” says Sopp. Asked what she wants people to know about his case, she says, “That he's an incredibly hard worker, that he's a gentle human being. That every day he lives with the pain and the remorse for having been involved in this terrible crime.”

Sending him back, she says, "would be devastating. If we ultimately failed [in court] I mean, Jackie would report back to prison and become, you know, State Department of Corrections inmate again."

As he leaves Momma behind, she holds him and says a prayer. "No, they’re not going to call you back," she assures him, "because God said it!"

"Others seem like they be more concerned than I am," he says. "Life is beautiful and we have to try to take it everyday minute every second we have to take the joy out of it."