Alice Moore participated in the legendary march from Selma to Montgomery, Alabama 55 years ago. She's still marching for justice today for Ahmaud Arbery. 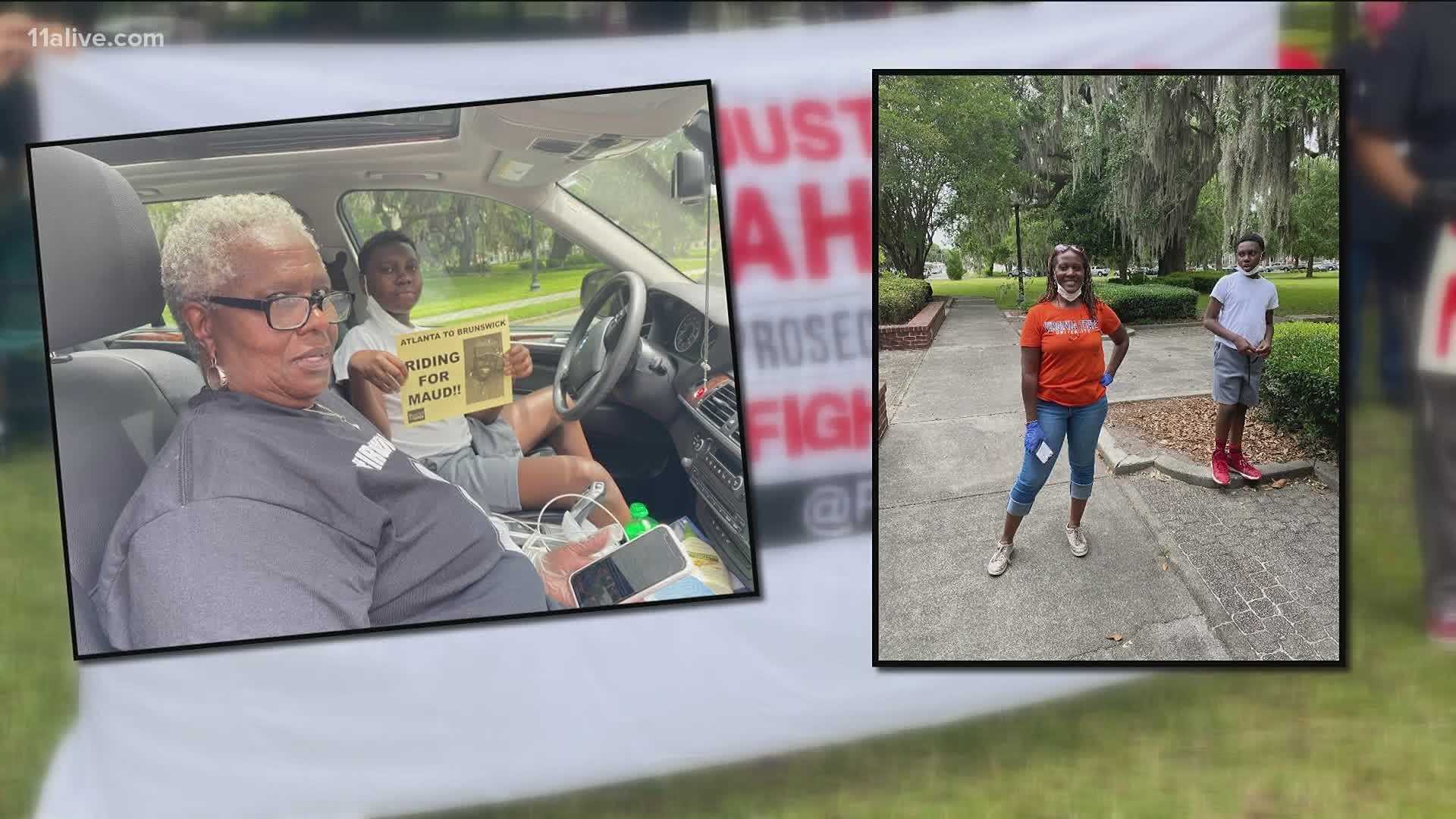 ATLANTA — As hundreds gathered to "Ride For Maude," a living link to Civil Rights legends of the past waited quietly in her car.

"It seems like it's gotten worse since 1965, so were still doing the same thing now," said Alice Moore.

Moore participated in the legendary march from Selma to Montgomery, Alabama 55 years ago. She was also there for Bloody Sunday, and even spoke with Dr. King himself when he visited one of the camp sites she was staying at along the route to Montgomery.

Now, she's still continuing that march for justice, even in the middle of a pandemic.

"Back in 1965 I walked from Selma to Montgomery. ... I still want to walk for justice, but I'm unable to do that now, so we're riding for justice," she said.

Alice made the trip from Atlanta to Brunswick, Georgia Saturday morning with her daughter and grandson to rally at the steps of the courthouse calling or justice for Ahmaud Arbery. A civil rights link now spanning three generations.

"Were not doing anything else that's more important than taking this ride and getting justice for Amaude and get these DA's out of their and doing the right thing."