A Blue Alert has been issued for 29-year-old Dalton Lee Potter. Authorities are also searching for 47-year-old Jonathan Hosmer. 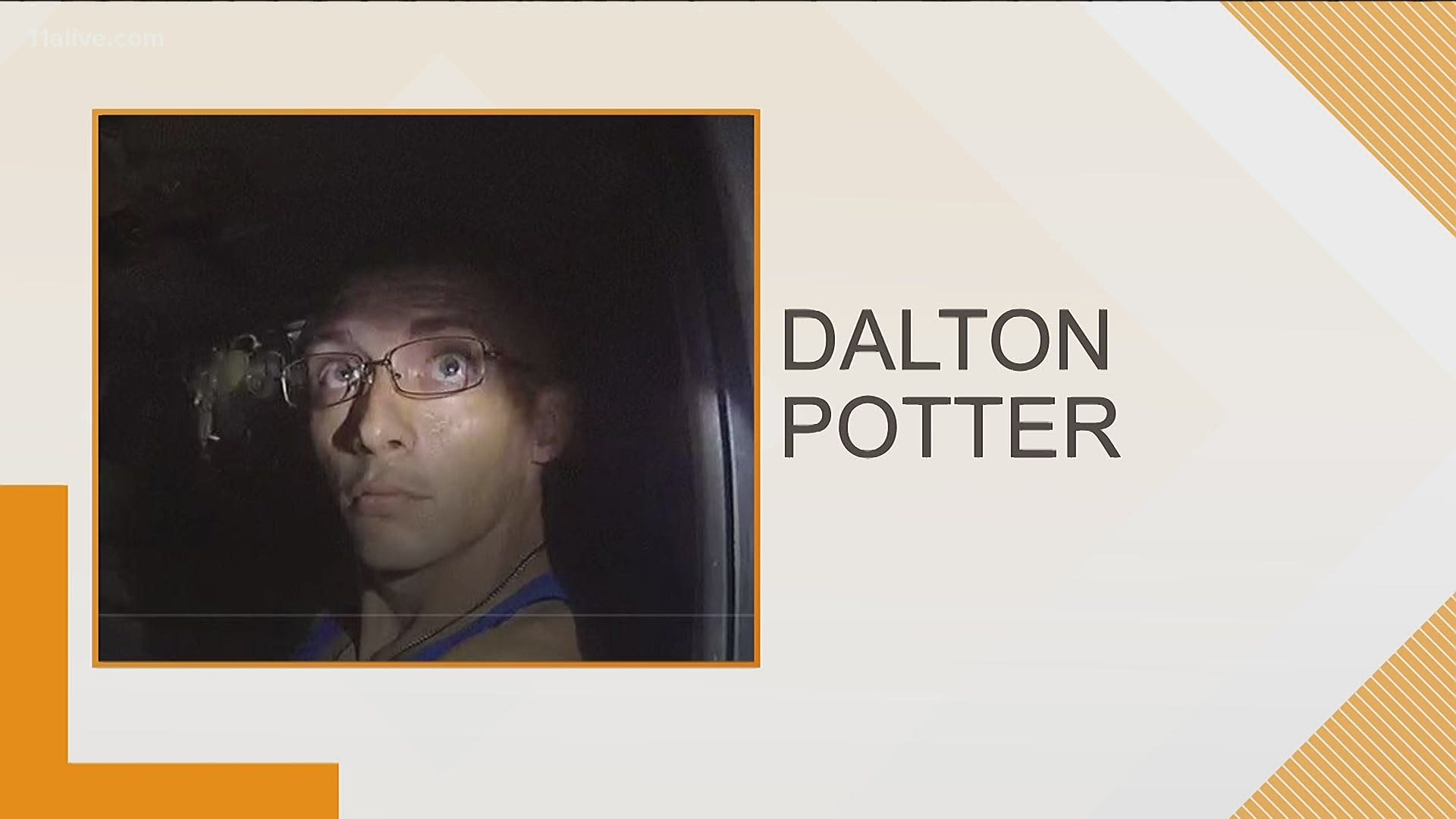 DALTON, Ga. — Two Texas fugitives are being sought by authorities after they were involved in a shootout with deputies near Dalton on Monday morning.

According to preliminary information from the Georgia Bureau of Investigation, 29-year-old Dalton Potter was driving a stolen trailer. During a traffic stop, Potter fired "numerous gunshots" at Whitfield County Sheriff's Deputy Darrell Hackney from inside his vehicle, according to GBI Special Agent in Charge Joe Montgomery.

Hackney was struck by gunfire, but he was not seriously injured as a result of his vest, Montgomery said. A second deputy returned fire, but Potter was able to escape, driving southbound on I-75, according to Montgomery.

Potter wrecked the truck later, Montgomery said, and the stolen trailer was found on I-75 near the Whitfield/Gordon county line.

The GBI has since identified a second Texas fugitive wanted in connection with the shooting. They're looking for 47-year-old Jonathan Hosmer who was seen on a home surveillance system in the subdivision near where the truck wrecked. His charges are still pending.

Both Hosmer and Potter remain at-large.

According to the GBI, Potter should be considered armed and dangerous, and a 'Blue Alert' has been issued by the GBI for his capture.  Anyone with information about Potter is asked to call 911 immediately.

A 'Blue Alert' is issued when a violent criminal who has killed or seriously injured law enforcement officers have not been apprehended and may be of serious threat to the public.

In such instances, information is disseminated to the public to assist in locating the suspect. In addition, information about the criminal is entered into the National Crime Information Center (NCIC) database.

The GBI will continue its independent investigation and once completed, will turn it over to the Whitfield County District Attorney for review.