'Fighting for our community': A new program aims to keep kids out of jail

A local family fell victim to a violent crime. But instead of seeking vengeance, they are seeking solutions. 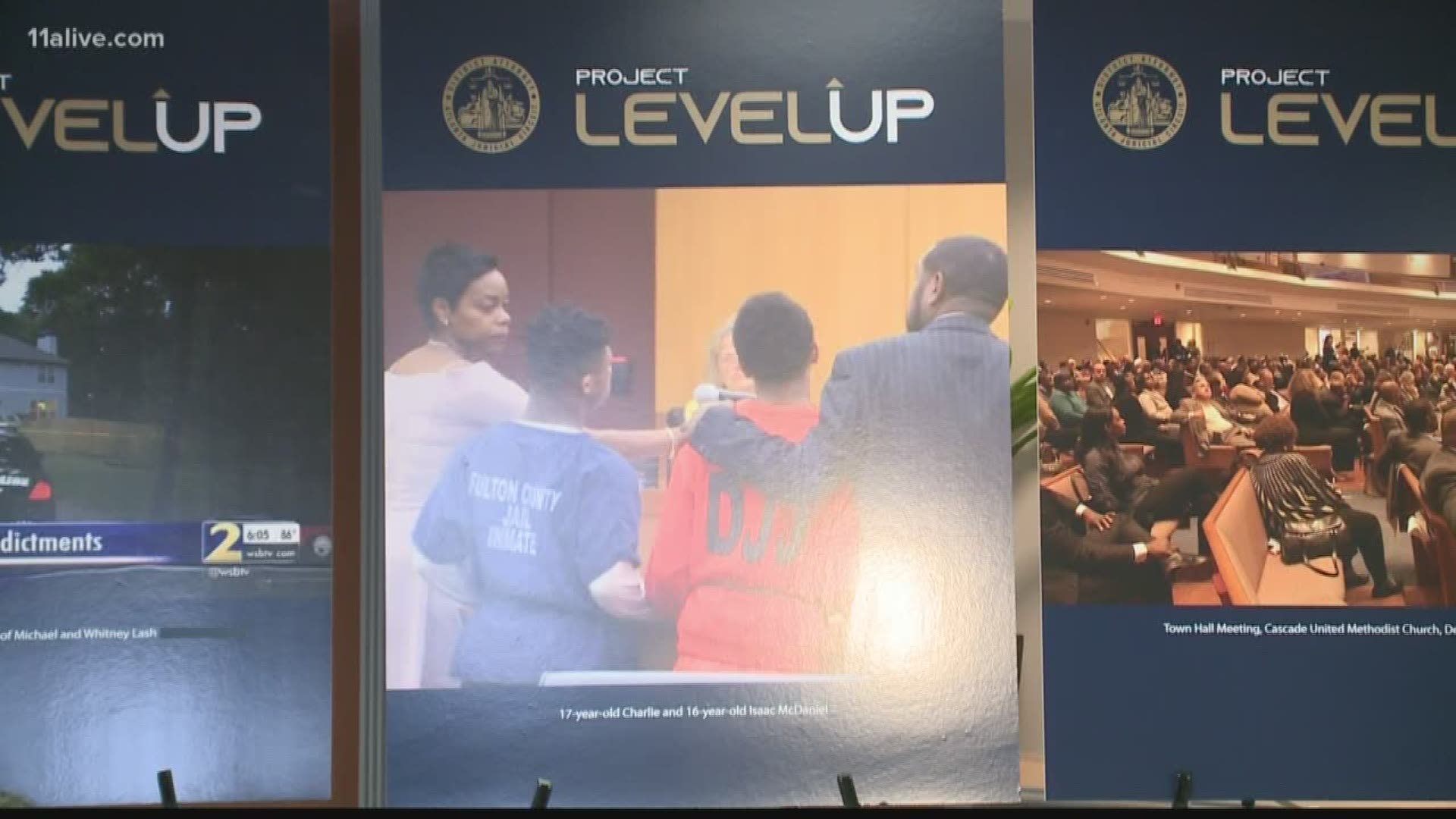 ATLANTA — Prosecutors and police are describing the problem of youth violence in Atlanta with one disturbing word: epidemic. Fulton County's rate is nearly 15 percent higher than the national average.

But, there's a new program aiming to keep young people out of jail and a family of victims who now seek solutions rather than vengeance.

Three years ago, a group of teenage boys walked shackled into a Fulton County courtroom. They weren't treated like kids, but as dangerous criminals instead.

In 2016, Veshawn Smith, who was 15 at the time, and Trequan Sutton and Quindarius Slade, both 16, pleaded guilty to a violent home invasion in northwest Atlanta. They were sentenced to 18 years in prison.

The 19-year-old ringleader that day, Brandon Smith, was sentenced to life in prison.

"We were both shocked and devastated [that] at such a young age, they could have this mentality," said Michael Lash.

He was shot in both legs during the home invasion. Bullets whizzed just inches away from his wife, Whitney, and his daughter. Since that day, Michael no longer walks with a limp.

The Lash family has grown and they've forgiven the suspects.

"We've been forgiven. So we wanted to bring forgiveness to others," Michael said.

Youth violence has gripped metro Atlanta in recent years. The district attorney describes it as an epidemic. A year after the Lash home invasion, two more teenage brothers were arrested and convicted of murder.

Issac and Charles McDaniel had been arrested more than a dozen times before.

"Many of the police officers, after having arrested them so many times, the police would say, 'We're not gonna arrest you anymore because nothing is going to happen'," District Attorney Paul Howard said.

Searching for a solution

Friday was the official launch of Project Level Up, described as a juvenile intervention program.

The program will focus on juvenile repeat offenders who have accumulated three or more arrests. The program will consist of an aftercare initiative, mentoring, and family intervention.