Authorities say it "may or may not be" a domestic-related incident. 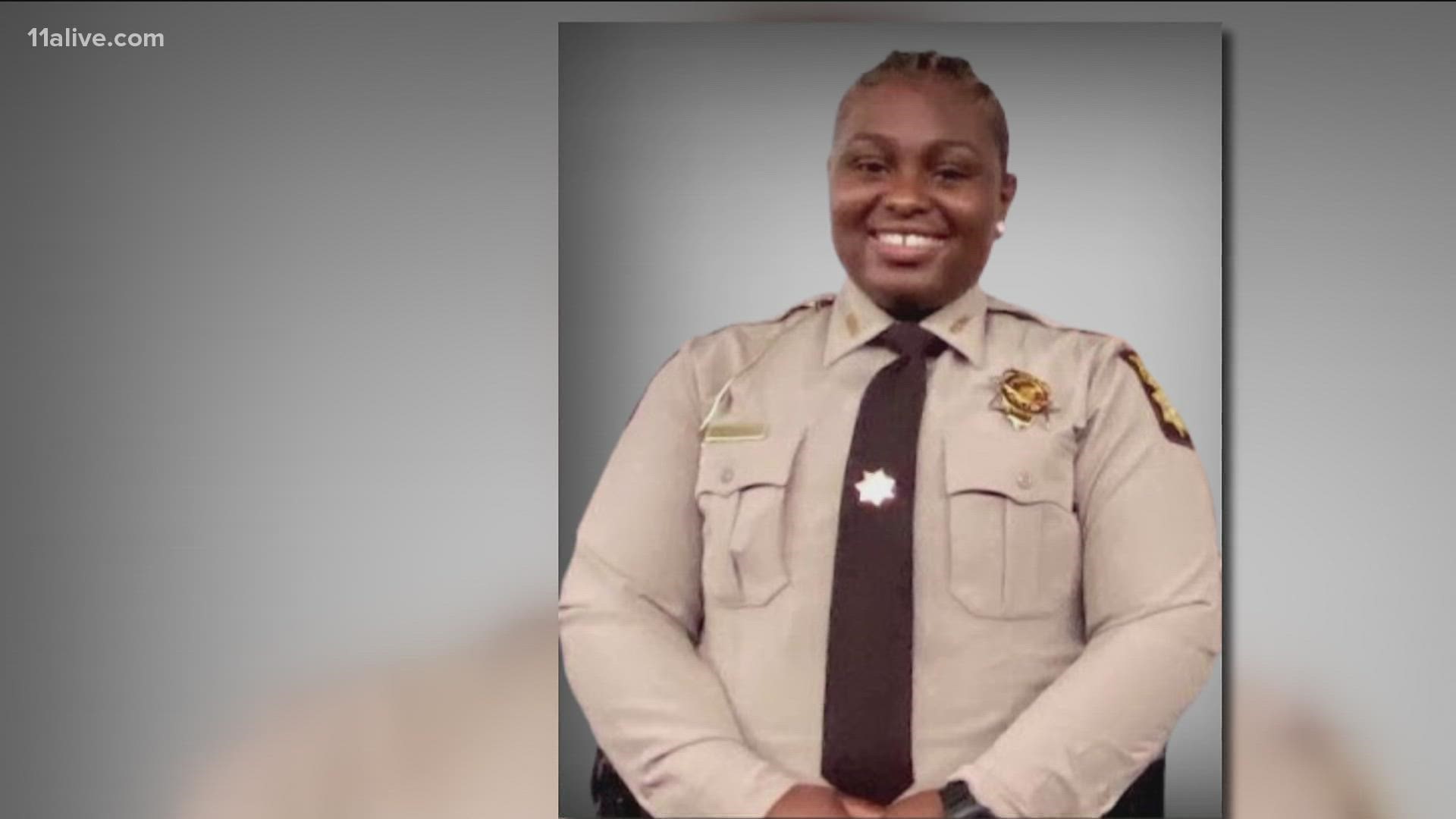 NEWTON COUNTY, Ga. — A Fulton County Deputy Sheriff and her brother were killed Wednesday night at a home in Covington, according to a spokeswoman with the Newton County Sheriff's Office.

The spokeswoman told 11Alive the incident happened around 10:30 p.m. along Windcrest Drive. She initially stated, "the incident appears to be the result of a domestic dispute" but later wrote by e-mail the incident "may or may not be domestic-related."

The spokeswoman added the Newton County Sheriff's Office is leading the investigation which is ongoing and no suspect is in custody.

In a statement, they described Deputy Jackson as being a "treasured member" of the Fulton County Sheriff’s Office since 2018 when she joined the agency as a detention officer. She became a Deputy Sheriff just over a month ago.

"Deputy Jackson is remembered as eager to learn, and always had a positive disposition. Coworkers say she was bubbly, and, no matter how disrespectful inmates may have been, always greeted them with “good morning,” earning their respect," they said in a statement.

Speaking at an event on Thursday afternoon, Labat recognized Jackson.

"It has been a long day for us all," he said before holding a moment of silence.

One of Jackson's neighbors, Lawanda, told 11Alive the deputy leaves behind a young child under the age of 2.

"I spoke to her on Monday and everything seemed fine or what not. I never see anything kind of out of the ordinary or anything," Lawanda said.

The neighbor added that she noticed Jackson arriving home around 5 p.m. on Wednesday, but didn't notice anything alarming after that.

If anyone has information regarding this incident, the Newton County Sheriff's Office is asking you to contact Investigator Joshua Hicks at 678-625-1455 or jhicks@newtonsheriffga.org.