Secoriea Turner was shot and killed on July 4 as she rode in an SUV with her mother near the Wendy's on University Avenue where Rayshard Brooks was killed. 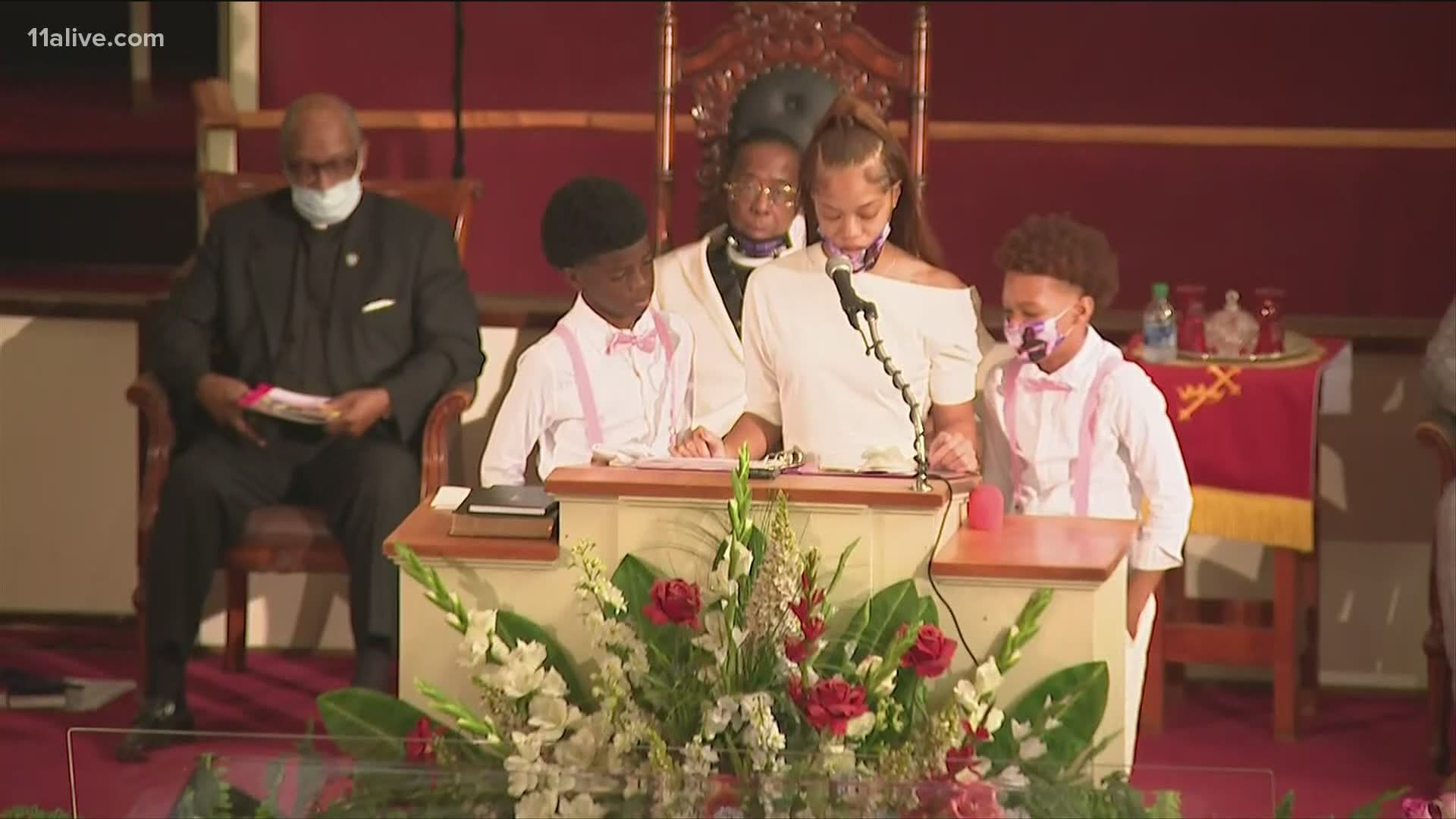 UPDATE: Secoriea's funeral was held Wednesday, July 15. It streamed and can be re-viewed on our YouTube channel.

The family has asked that the general public pay their respects during that public viewing.

Due to COVID-19 restrictions, a private, invitation-only funeral service will be held for Secoriea on Wednesday, July 15, at 11 a.m., at New Calvary Missionary Baptist Church.

"We have assembled a legal team to represent this family in its time of need and will investigate the circumstances surrounding Secoriea's death," said attorney Robert Bozeman of Davis Bozeman Law Firm in a statement on Friday. "The family appreciates the outpouring of love and support."

Atlanta Police said the car that Secoriea was riding in with her mother and an adult friend had tried to enter a parking lot on Pryor Road on July 4 when they were confronted by a group of armed people who had blocked the entrance.

During the confrontation, someone in the group opened fire, hitting the car multiple times and hitting Secoreia. The driver immediately drove to Atlanta Medical Center for help for the little girl, but she died at the hospital.

Perry wrote an essay last month about the exhausting fight against racism in the U.S. He said the essay came as he was trying to process feelings from his heart.

This is not the first time that Perry has stepped forward to cover expenses tied to such terrible events in the Atlanta community. Last month, Perry covered the final arrangements for Rayshard Brooks. In addition, he said he plans to pay for college for Brooks' children.

The Tyler Perry Studios complex is located less than four miles from where Brooks and Secoriea were killed.