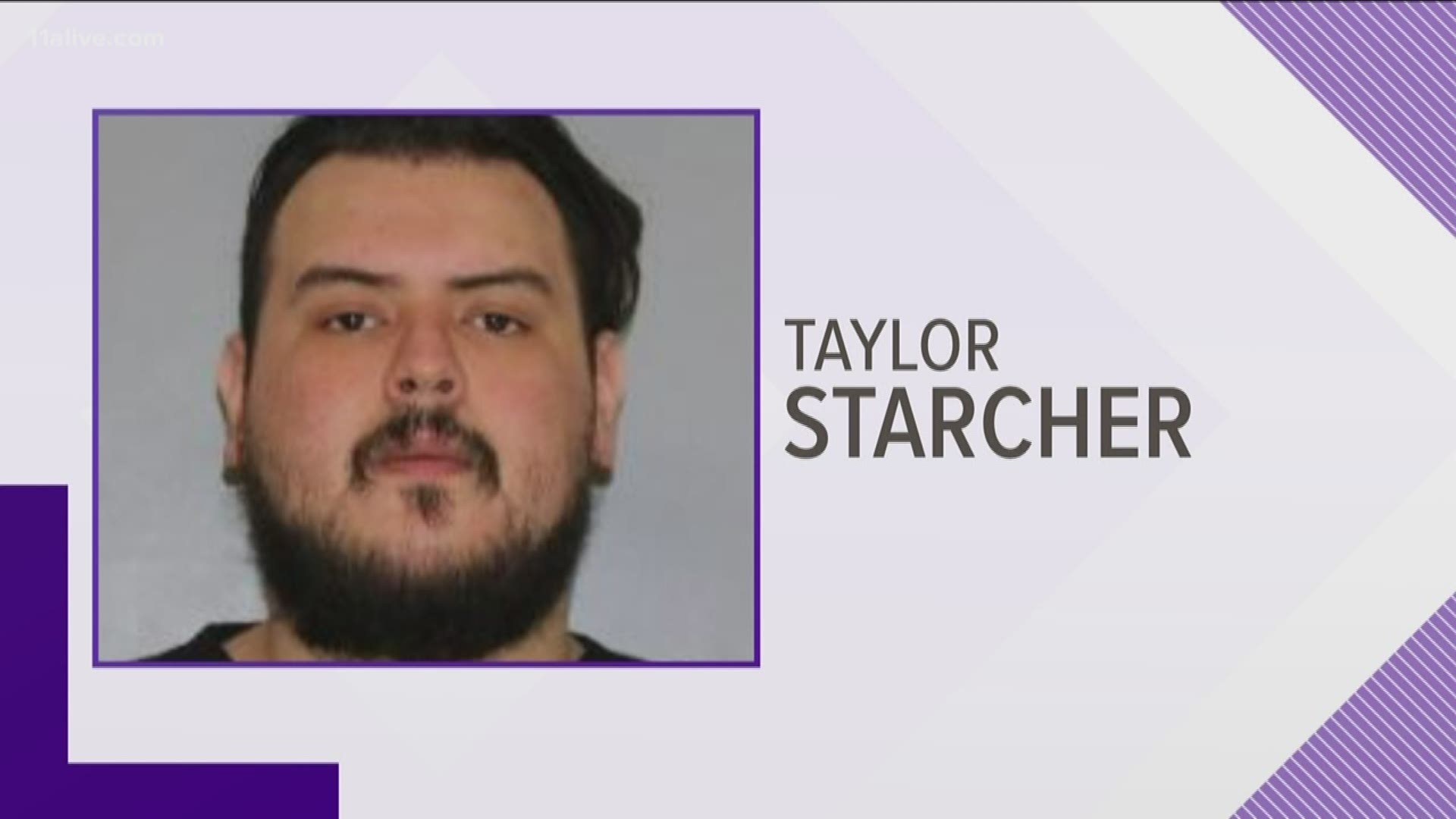 HALL COUNTY, Ga. — A Gainesville man faces 50 counts of sexual exploitation of children after authorities said they found dozens of images of child sexual abuse on his electronic devices.

Authorities arrested Taylor Starcher, 24, on Sept. 4. The arrest, officials said, is the culmination of a case that began with a cyber tip from the Georgia Internet Crimes Against Children (ICAC) Task Force.

According to the Hall County Sheriff's Office, deputies had seized Starcher's devices back on May 2 while searching his home off Cleveland Highway, as part of a multi-state crackdown on child exploitation dubbed Operation Southern Impact III. Forensic processing on the devices was completed Sept. 3 and revealed 50 images of children engaged in sexually explicit conduct, according to authorities.

Starcher is now charged with 50 counts of sexual exploitation of children and is being held at the Hall County Jail without bond. The case, however, remains under investigation by the Hall County Sheriff’s Office and Georgia ICAC Task Force.