Garrett Rolfe is accused of traveling out of state for vacation and violating the terms of his $500,000 bond. 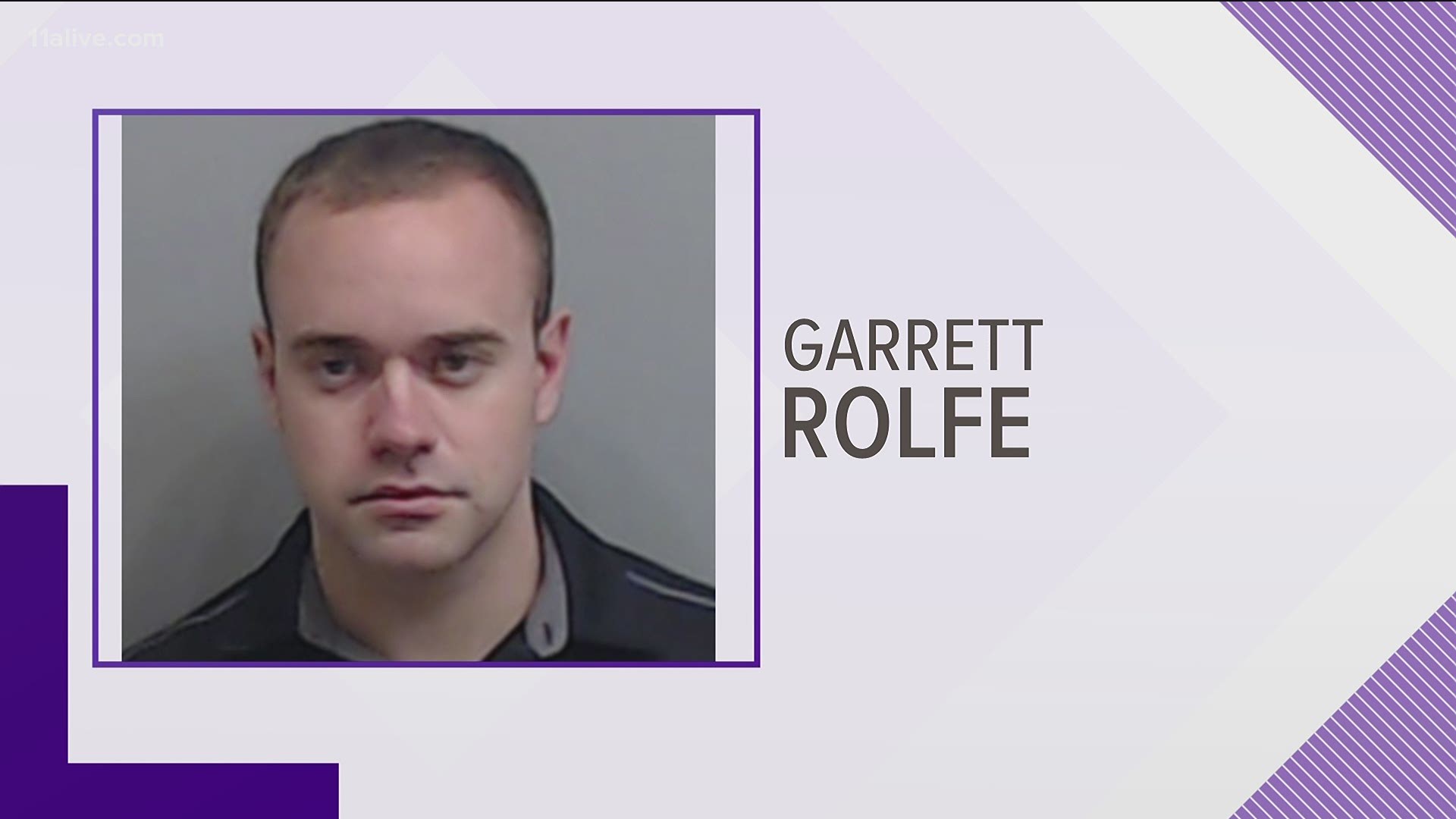 ATLANTA — The Fulton County District Attorney's Office is asking for the court to revoke the bond for a former Atlanta Police officer charged with murder in the fatal shooting of Rayshard Brooks.

Garrett Rolfe is accused of traveling to Florida for vacation - without making the state aware of those plans for travel beforehand - and violating the terms of his $500,000 bond.

In the motion to revoke bond, the district attorney's office spelled out the conditions of the bond, including following a 6 p.m. to 6 a.m. curfew other than for medial or legal work, surrendering his passport, having no contact with other Atlanta officers or Brooks' family, and wearing an ankle monitor.

According to the district attorney's office, they received an email Monday afternoon from Rolfe's attorneys notifying the state of the vacation travel, but records from the ankle monitoring company showed that Rolfe had already left the address provided to the state at 7 a.m. that same morning.

"The Bond Order signed by the Honorable Judge Jane C. Barwick on June 30, 2020, expressly states that the Defendant is only allowed to leave home for medical, legal, or work related obligations. Thus, Defendant has clearly shown that he will not abide by the conditions of bond imposed by the Court. Given the Defendant’s violations of the conditions of this Court’s bond order, the State brings this Motion to Revoke Bond before this Court," the motion read.

11Alive attempted to reach the attorneys for Rolfe for comment, but did not receive a response.

Rolfe was charged June 17 with murder, aggravated assault, violation of oath and criminal damage to property in connection with the June 12 fatal shooting that unfolded in the parking lot of a University Avenue Wendy's restaurant.

He faces up to life in prison or the death penalty if convicted on the felony murder charge.