According to police, the man had gotten out of his vehicle on Buford Highway and started to fire his rifle. Officers returned fire, striking him. 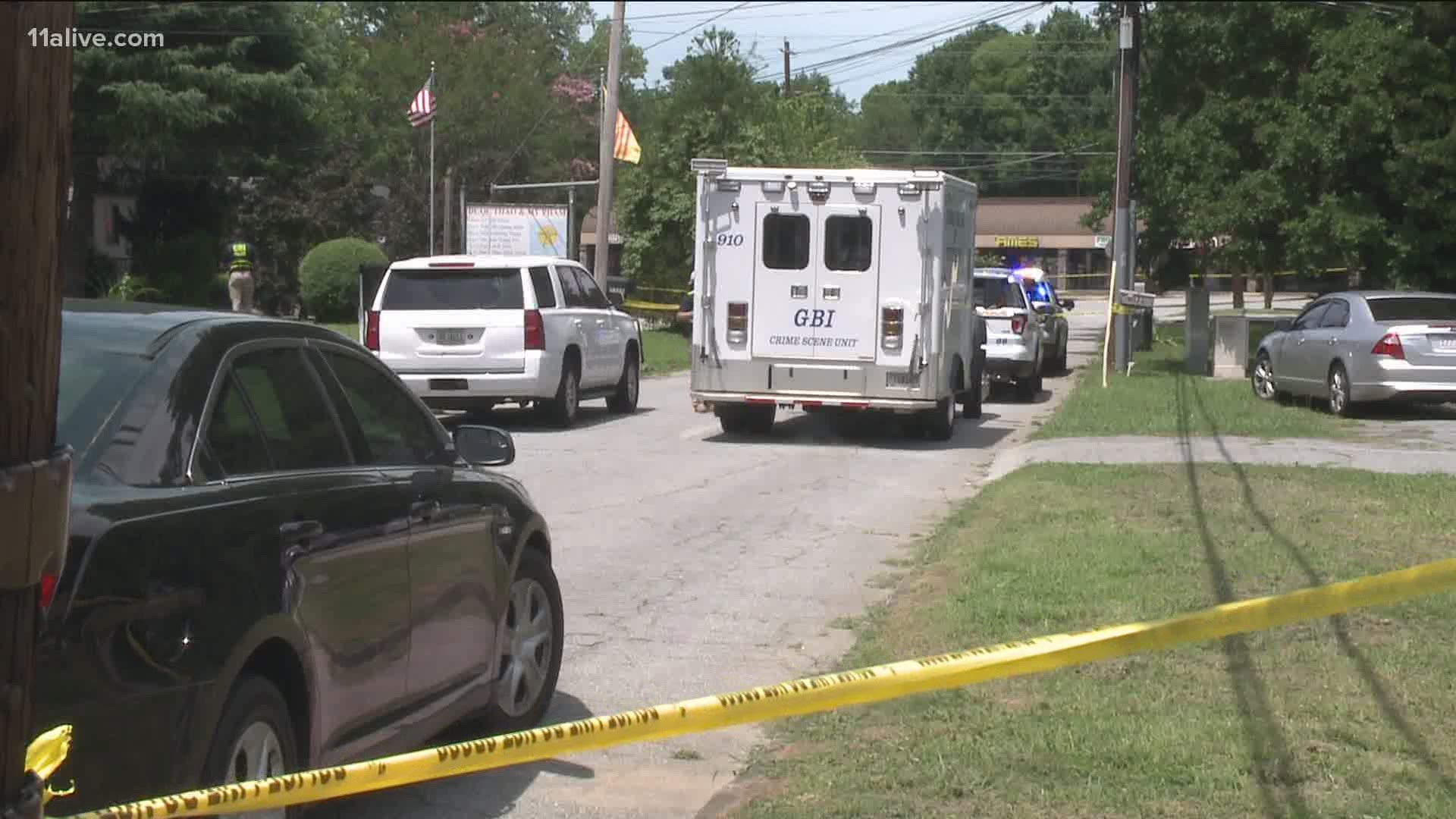 CHAMBLEE, Ga. — An armed man was shot and killed during a confrontation with officers from Chamblee and Brookhaven on Sunday morning, according to police.

According to a release from Chamblee Police, that agency's 911 center received several calls at about 8:57 Sunday morning about a man armed with a gun in the parking lot of a business in the 2300 block of Shallowford Terrace.

At least one of the callers, the release said, indicated that the man yelled to a passerby to call the police.

When Chamblee Police arrived a short time later, they found a man armed with a rifle, sitting inside his vehicle at the corner of Shallowford Terrace and Buford Highway, the release said.

At about 9:05, Chamblee police said, they requested assistance from surrounding law enforcement agencies, including Brookhaven police. In addition, Chamblee police asked the DeKalb County SWAT Team and Crisis Negotiators to come to the scene.

The GBI is responding to an OIS at the request of Chamblee PD. Agents are headed to the scene. We’ll issue a press release once details are in. pic.twitter.com/vrH9vyjrpm

Police said they also asked for emergency medical services to come to the scene.

While waiting for SWAT, Chamblee police said, officers made repeated attempts to negotiate with the man and worked to come up with less-lethal options to avoid using deadly force on him.

They said that officers also tried to block other vehicles and pedestrians in the area, but several people drove or walked around officers in the densely populated area where the stand-off was taking place.

At some point during the incident, police said, the man got out of his vehicle, stepped onto Buford Highway, and started firing his rifle.

A Chamblee Police vehicle was struck at least twice by gunfire, they said.

In order to defend themselves and other members of the public in the area, the release said, officers from both the Chamblee Police Department and the Brookhaven Police Department fired their weapons at the man.

They said he was struck at least once and was transported to an area hospital with life-threatening injuries.

The Georgia Bureau of Investigation was requested to take over the investigation as is customary in officer-involved shooting incidents.

According to the GBI, the person involved in the shooting incident has since died.