GBI: Kidnapping suspect dies after being shot while trying to pull out knives during struggle

The suspect was later identified as 25-year-old Aigon Andrew Wallace. 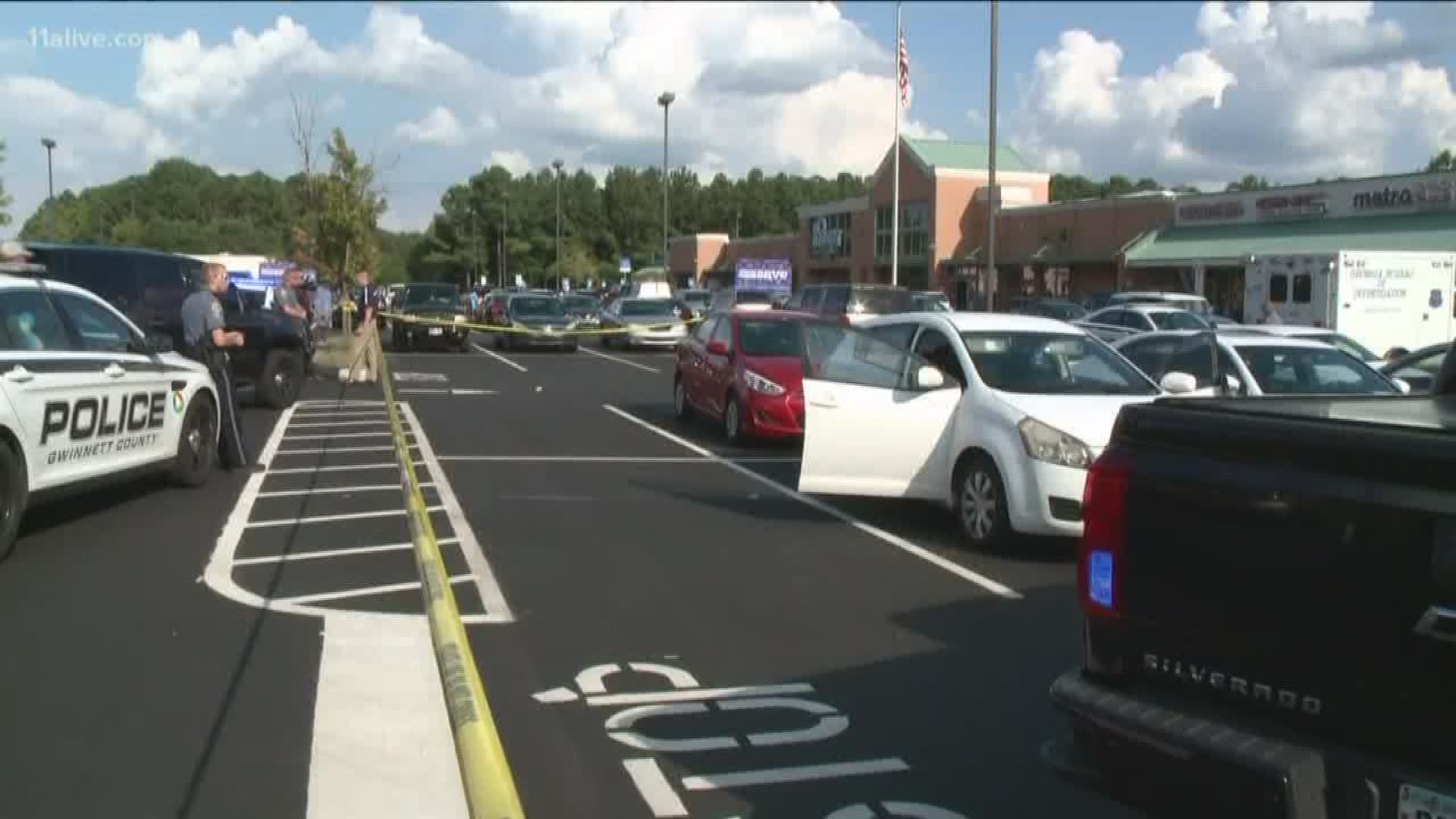 LOGANVILLE, Ga. — A kidnapping suspect is dead after being tracked down to a Kroger parking lot and allegedly attacking an officer with a knife during a struggle.

Georgia Bureau of Investigation spokesperson Nelly Miles said that around 2:58 p.m., Braselton Police officers searching for an alleged kidnapper found the suspect in the area of Highway 78 and Rosebud Road - a Kroger shopping center not far from Loganville, Georgia.

The GBI later identified the subject as 25-year-old Aigon Andrew Wallace, who they said was wanted for kidnapping, aggravated assault and aggravated stalking.

"Once they made contact with the subject, the individual attempted to flee," Miles said.

According to investigators, an officer tackled Wallace. During the altercation, Wallace attempted to pull out two knives from his pockets.

That's when Miles said one of the officers fired at Wallace once. He was hit and taken to Gwinnett Medical Center but died from his wound.

In all, two officers were involved in the incident. Miles said the one who fired the shot was not the one being threatened with a knife.

As to why the officers were in the Loganville area, she said there was a legitimate reason.

"There were questions about why they were in Loganville but because they were working that kidnapping investigation, that investigation took them here," Miles said. "Because, as I understand it right now, those individuals actually worked in Braselton. That's how Braselton Police officers were involved."

The officers didn't report any injuries in the confrontation. Miles said that agents are still trying to figure out if the officers were wearing body cameras during the incident.

She added that they know Wallace is from Florida but weren't sure where he resided at the time of the shooting.

Gwinnett Police said they are on the scene but only in a support role and Braselton Police and the GBI are handling the investigation.

Once their investigation is concluded, it will be turned over to the Gwinnett County District Attorney's Office for review.

This is the 48th officer-involved shooting that the GBI has been requested to investigate in 2019.

'The child was pretty much given to a pimp': 4-year-old NC girl found at house with human traffickers in Texas, police say

Only 8 Democrats have qualified for next presidential debate

CAUGHT ON VIDEO: Flagger nearly run over by motorist in Kennebunk